At long last, the maniac known as the Clown Prince of Crime, the Harlequin of Hate, the Ace of Knaves, and the Jester of Genocide is making his way to Mortal Kombat 11. The first gameplay reveal trailer has been released for Joker, the fifth DLC character for the first Kombat Pack of fighters, and everything about his toolkit and artistic design looks fantastic.

This is not the first time Joker has squared off against fighters from Mortal Kombat, as he featured prominently in Mortal Kombat vs. DC Universe in 2008. However, that game was tame compared to most fighting titles due to the necessity to keep the DC brand wholesome. Now, Joker is unleashed and is as violent and gruesome as can be. 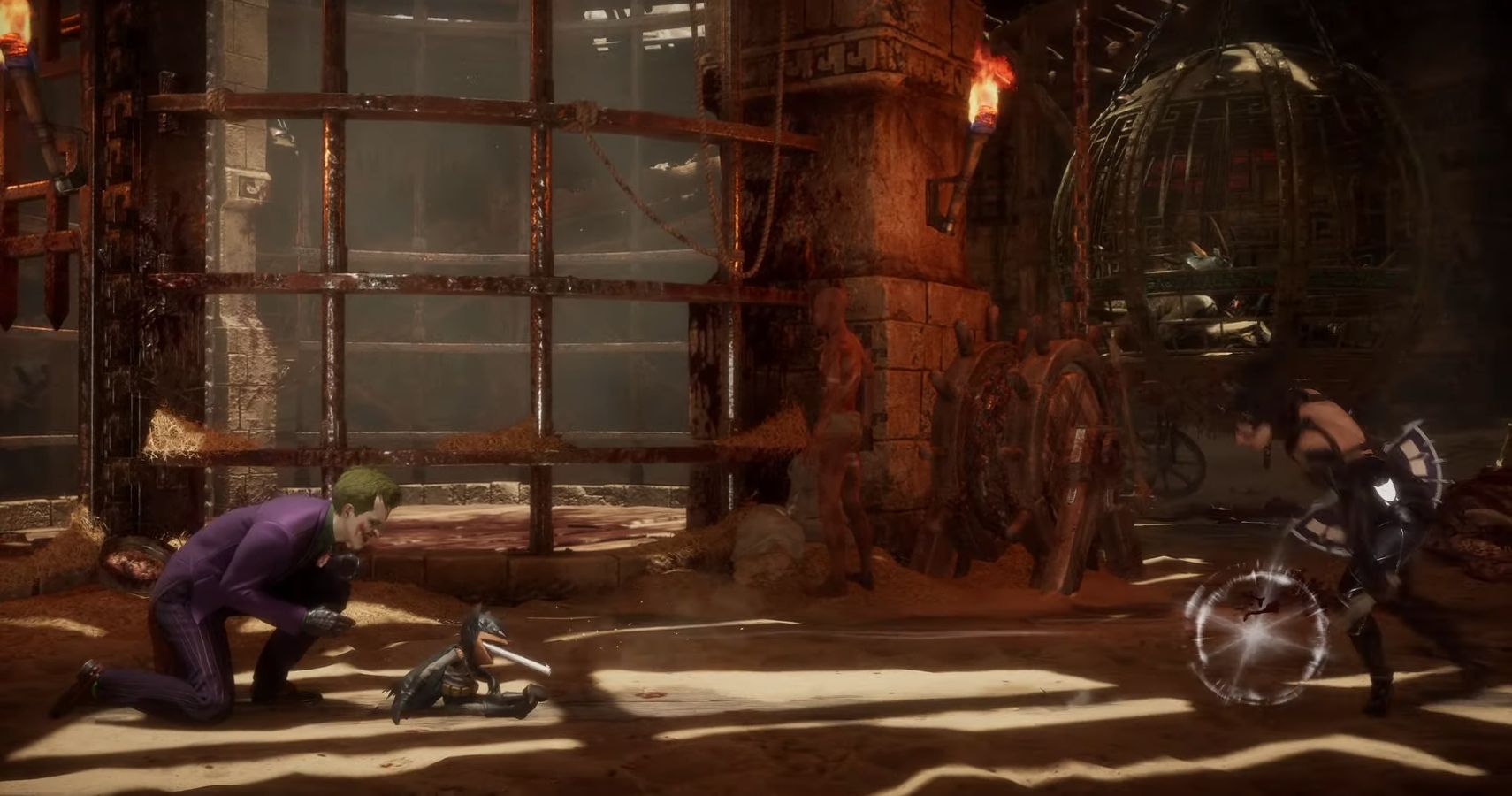 Throughout the gameplay trailer, Joker uses a small Batman hand puppet to hit his opponents with and also is equipped with a weapon that resembles a gun barrel that sticks out of the puppets mouth. From here we see various projectiles that range from bullets to small rockets.

The obsession with Batman can be noted in the voice lines, as after Joker hits his opponents several times with the puppet, he says, “Always the buffoon.” This could be interpreted as trash talking an opponent, but it feels far more appropriate for Joker to be yelling at Batman through the puppet he keeps on him strictly to belittle in the absence of the real Dark Knight.

A Brutal Use Of Hostages 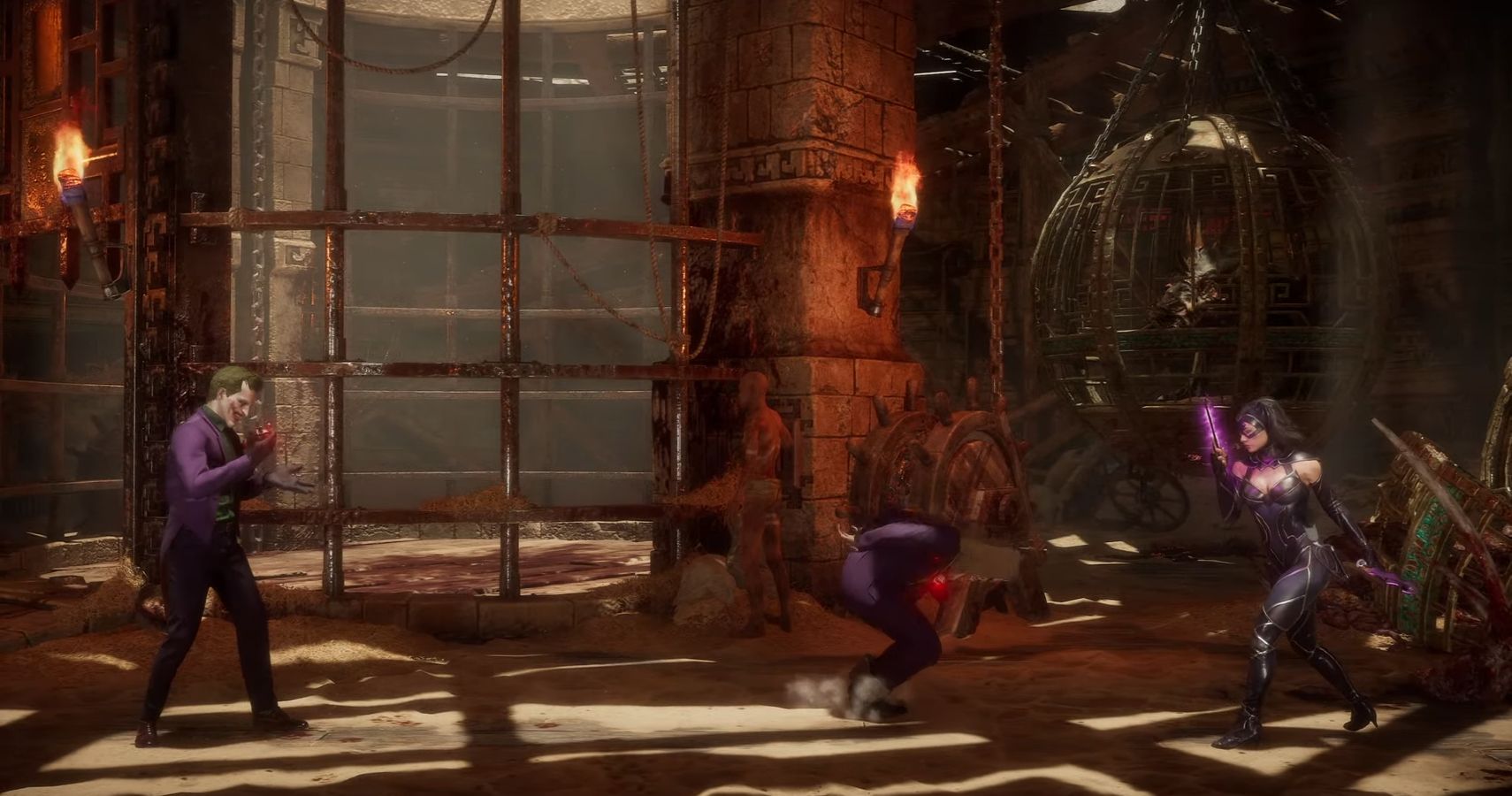 Two of Joker’s moves are particularly dark in their concept, using what appear to be bound hostages as weapons. The first is a restrained individual with a bag over their head, dressed in a purple suit similar to Joker who rolls on screen in a wheelchair. Joker grabs the hostage by the legs, uses them as a battering ram against his opponents, and then they explode and are left burning on the ground.

The second use of a hostage comes as another similarly dressed individual, arms tied behind their back and feet bound at the ankles. The hostage hops forward towards an enemy and once close enough, Joker detonates a bomb, injuring the opponent and blowing the head off the hostage. It seems that given the opportunity to finally include Joker in a Mortal Kombat game is not being wasted and the developer is going all out with the violence. 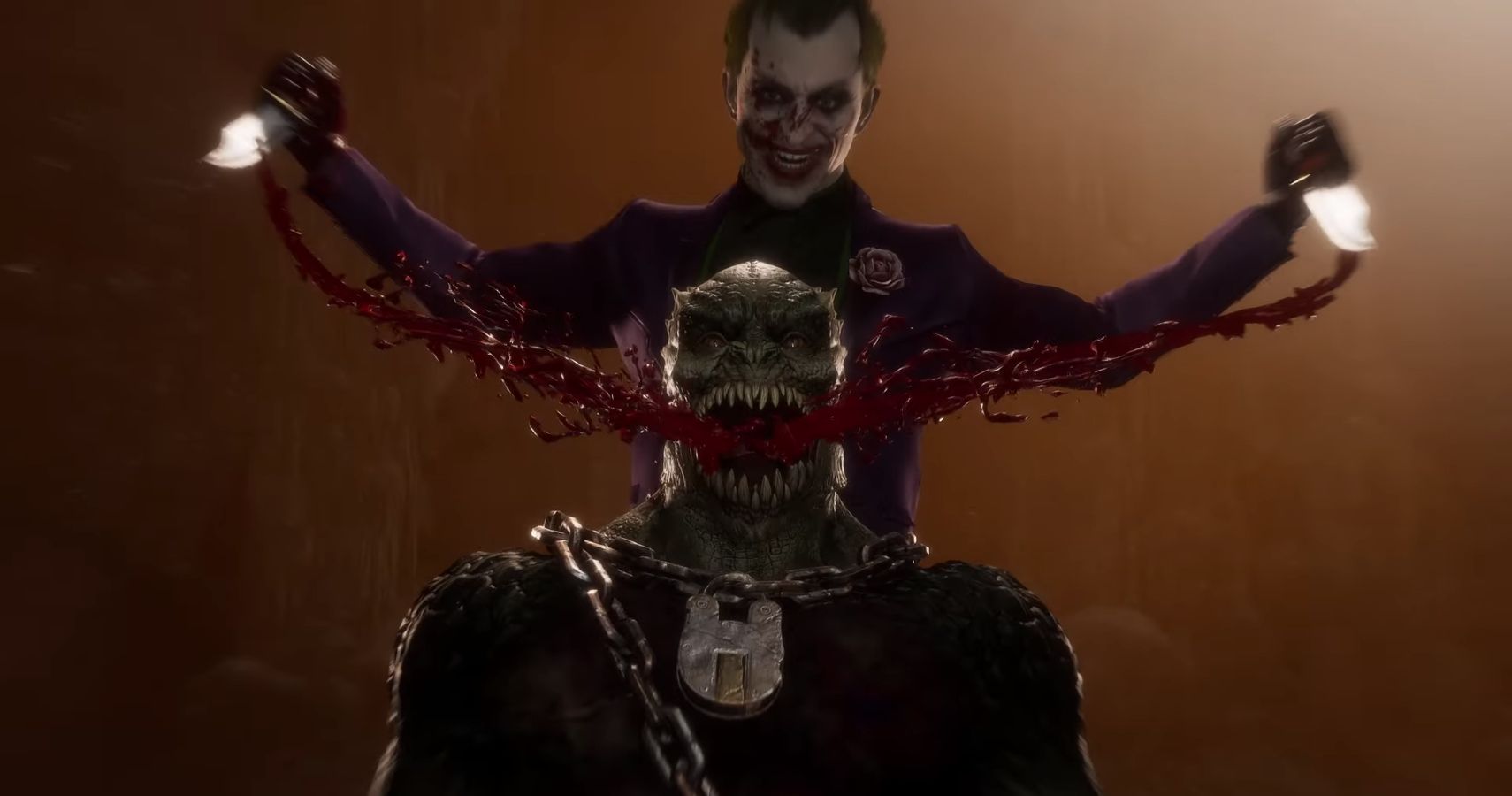 Joker’s fatal blow has to be one of the most brutal we have seen so far in the game, with stabs to the back, putting a smile on Baraka’s face, and finishing off with the ol’ Jason Todd treatment. The only thing missing is a crowbar, though the cane Joker uses is probably far more brutal.

The interesting mechanical aspect of the fatal blow is that the move appears to be on a player-controlled delay, as we see Joker hold off on releasing the projectile until the right moment. If this is how the fatal blow works, it will provide Joker with a distinct advantage relative to most other players. Erron Black is similar in his versatility by having a ranged fatal blow that can be cast from anywhere, and is a powerful part of his toolkit.

Joker Has Changed Significantly From The First Reveal 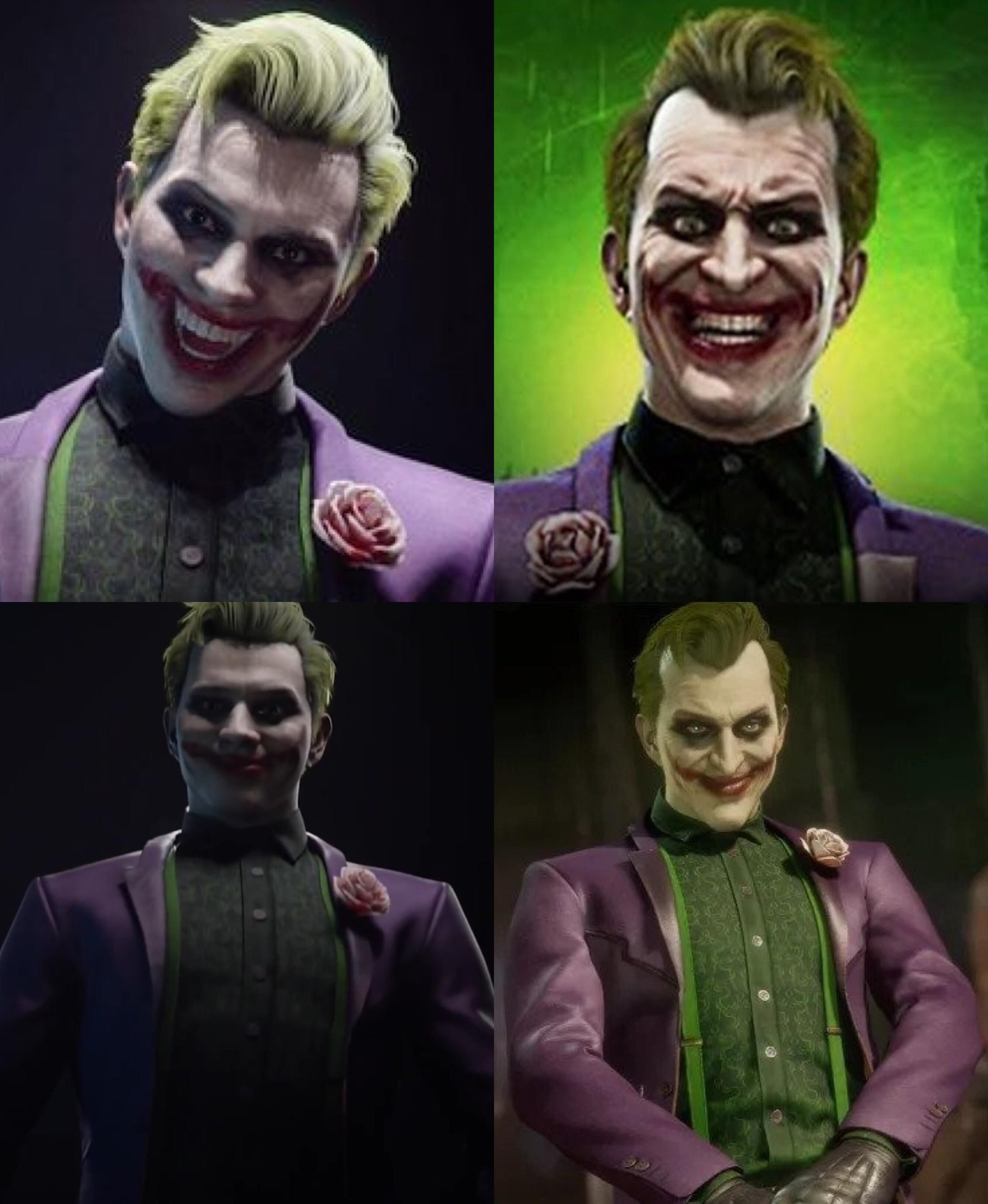 When the complete roster for the Kombat Pack was first revealed, the most vocal criticisms were levied against the original design of Joker, who looked young, soft, and generally unpolished. It is not clear whether the change to an older and more detailed character was the result of these complaints, or if it was the plan to develop to that point from the beginning, but in the end the model looks far better than first revealed.

The wrinkles in the face show someone who is older than the original model, but also is reminiscent of the art style of Alex Ross, where the wrinkles accentuate the madness and sometimes rage in Joker’s facial expressions, as seen below as he blasts acid at some unfortunate person directly in front of him.

The Joker will be unleashed into the tournament on January 28 as part of the early access program for those who have purchased the first Kombat Pack, and one week later for individual purchase by everyone else. Mortal Kombat 11 is available on PlayStation 4, Xbox One, PC, Nintendo Switch, and Stadia.