My adult financial situation is a bit different from my life as a kid. Growing up as the only child of a single mother with several disabilities, as you can imagine, we weren’t exactly loaded. My first console, a dirty NES with taped-up wires, originally belonged to my older cousin, who decided gaming was for children. Her trash became my treasure, and I quickly fell in love with Paper Boy, Tiny Toons Adventures, and Barbie – the only NES games I would ever own. My mother spent the next several years of my gaming hobby relying on the charity of others and taking me to rental stores. And the loss of the latter isn’t lost on me, a poor kid who couldn’t keep up with the latest and greatest, but my recent adventures with Game Pass give me a little hope. With the way it’s structured now, I think Microsoft’s service is the answer to gaming without rentals.

When you grow up with very little, it’s often a shock to meet others with wildly different childhood experiences. I always assumed everyone struggled for cash and spent hours counting change like my mom and I. The sentiment hit me a little harder recently when I tried explaining to someone the struggles of renting a game over and over again to beat it. On cartridge-based titles, you often lost your saves to the next stranger who would pick the game up. It made the experience frustrating, and when I was really young, I missed out on finishing plenty of classics. My woes seemed oddly foreign to this man who couldn’t relate in the slightest, and I was met with a “why didn’t you just buy it?”

If you’re counting pennies for lunch money at school, just buying a game isn’t an option. However, my mom could scrape together a few bucks every month for rentals – and that’s the void I’m hoping Xbox Game Pass fills. I realize there are a few added layers of complexity here. I’m asking for a home to take on additional bills my mom didn’t have to worry about in the 90s, like high-speed internet and the commitment to a monthly service. But value-wise, for close to the price my mom spent on our monthly trips to Blockbuster, I could have afforded the ten bucks a month for Game Pass with an even bigger library. 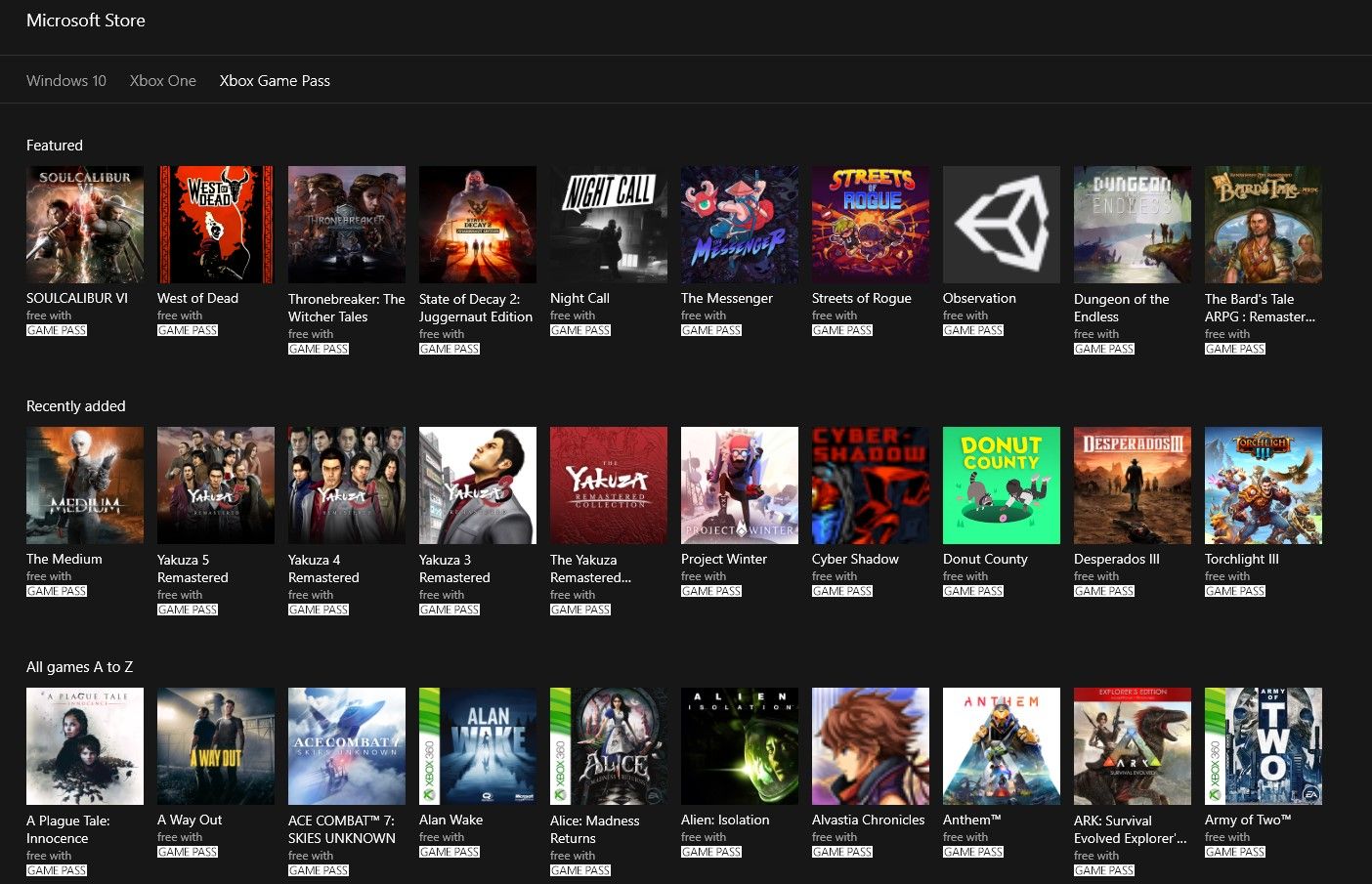 So, last night, I finally decided to dive into the service for myself and felt weirdly emotional about it all. I have a little cousin who reminds me of myself as a kid, with the same fierce passion for gaming and difficulty maintaining access, so I’ve bought it for them as well. It’s a gift to a library, the chance to experience hours of entertainment, art, and pop-cultural sensations they may have otherwise never got to join in a conversation on. If you didn’t grow up wondering about your lunch money situation, then I don’t expect the idea to really resonate, but for those of us who did, Game Pass is the modern return of a childhood staple that gave us a little enjoyment in the stresses of poverty.

As we’ve seen the slow death of such services, and the steady decline of used game sales, I worry about the kids like me who couldn’t afford to “just buy the game” and opted for rentals every time. The kids who desperately wanted a little of their own escapism, but could never afford it outright. The massive library provides an additional layer of accessibility that I couldn’t even have back then, a massive library for what would probably be just one of my sessions of checking out Harvest Moon from Blockbuster.

I’m not trying to make a case for all of us to kiss the metaphorical ass of a giant corporation like Microsoft. I can, and do, understand it’s a massive company that would toss me to the wolves in a heartbeat. But what I’m saying is, I can’t think of anything else that has delivered a similar experience in the void left by the Blockbusters of the world. I’m both relieved by this service and terrified by it. Relieved that it exists, and terrified that Microsoft will see a booming success and slowly charge more and more – marking it up to a point where low-income families can no longer afford the expense.

But ultimately, I’m trying to be hopeful. I’m hopeful that we’ll continue to prioritize ways for those of us with less to enjoy more, and keeping my fingers crossed that we see a rise in services that open up these doors. At the end of the day, I’m cheering for anything that means we aren’t gating off this expensive hobby to only those of us with deep pockets. And for now, Xbox Game Pass is staying in my good graces.