The Matrix Awakens is a phenomenal technical demonstration for Unreal Engine 5, and if you haven’t played it yet, you should. But there’s another Matrix-like game that came out this year that captures the thrill of hacking and infiltrating virtual worlds better than any game I’ve ever played. Operation Tango is a co-op puzzle game that came out on Steam earlier this year, and if I had to describe it in one sentence, it would be “It Takes 2 starring Trinity and Neo”. If Matrix Resurrections got you hot for hacking and you’ve got three hours to kill this holiday weekend, check out one of the most overlooked games of the year.

Operation Tango is an asymmetric spy-thriller, meaning that each player has a totally unique and different experience. If you’ve played the We Were Here series, you’ll find a lot of familiar mechanics. One player takes the role of the agent who must infiltrate, collect data, and escape from each location, while the other player takes the role of the Hacker, helping the agent remotely.

There’s a lot of variety across Operation Tango’s six missions, but typically the Agent will need to find a way into restricted areas of buildings while avoiding security cameras and drones while the Hacker unlocks doors, manipulates security, and observes the Agent. The Agent typically won’t be able to see what the other person sees, so you have to rely on your ability to communicate clearly and precisely to solve puzzles. For example, one of the most common puzzles involves a locked door covered in symbols that only the Agent can see. The Agent has to describe the symbols to the Hacker who can convert them into a passcode using a cipher. Much like We Were Here and Keep Talking And Nobody Explodes, much of Operation Tango is a test of your communication skills. Where things get really interesting is when Operation Tango’s puzzles test your ability to follow instructions and trust your partner. These encounters are when it's at its most Matrix-y.

Periodically, the Agent will find themself surrounded by patrolling security drones that are programmed to shoot on sight. There’s no way to move from room to room on your own without being seen, but luckily, the Hacker has a virtual map of the level and can see where you and the security drones are. Playing as the Agent in these missions feels just like Neo trying to escape his office building while Morpheus gives him directions on the phone. When the Hacker says, “Go through the door straight ahead, wait two seconds, then run through the next door on the left,” you have to visualize that path without actually seeing what the rooms look like, then follow the directions exactly. It’s a huge thrill for both players when you manage to escape undetected. 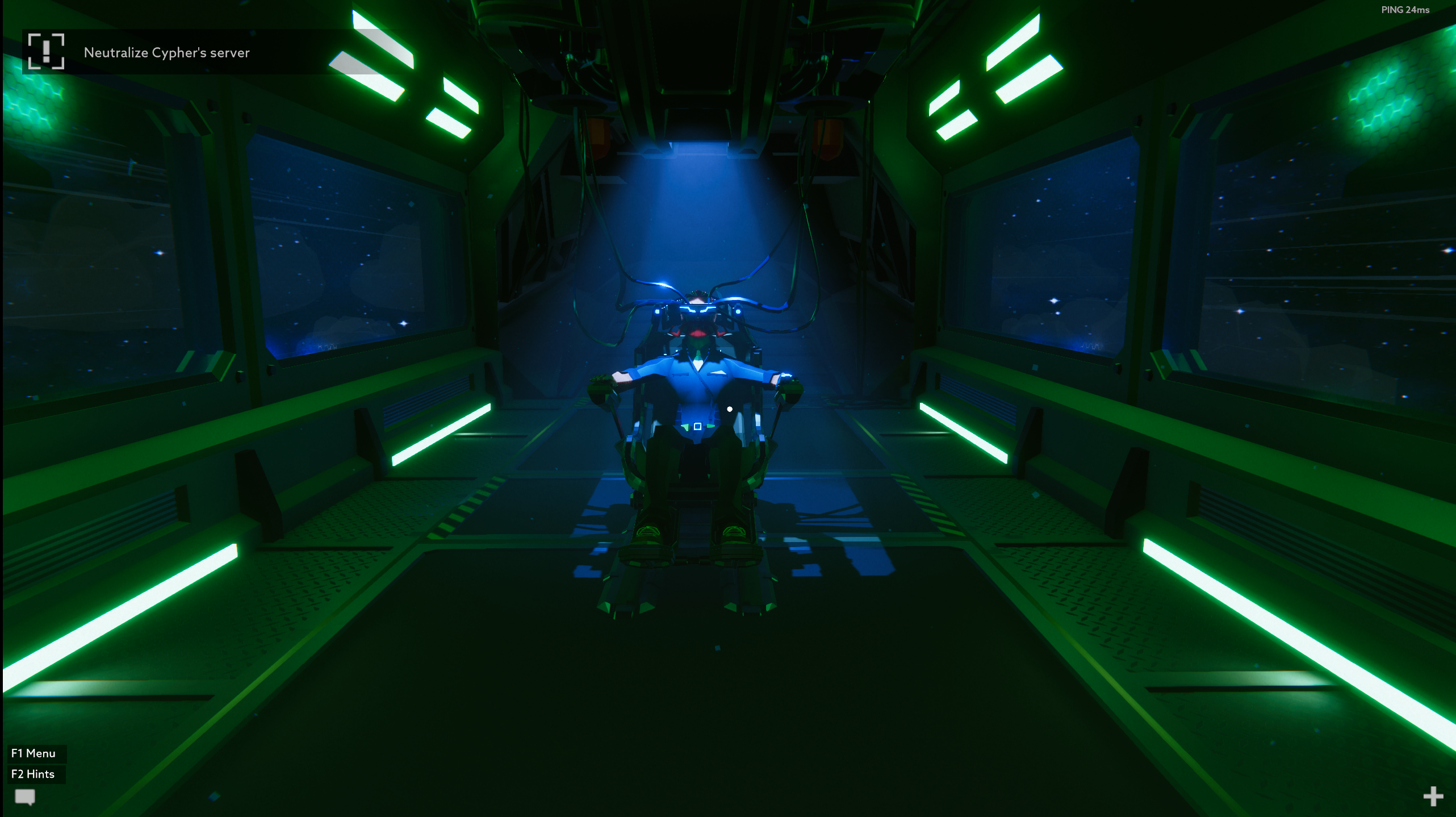 The Hacker isn’t just stuck being the man in the chair either. Occasionally, the Agent will encounter a sophisticated system to hack, and the Hacker will need to jack-in and solve the problem from inside the system. The Hacker then navigates a virtual world while the Agent provides crucial information from outside. While the Agent interprets code on the computer screens, the Hacker’s body is sitting nearby with a bunch of cables plugged into their head – just in case the Matrix nods weren’t obvious enough.

Operation Tango is only a few hours long, and it tends to repeat puzzles a few too many times, but if It Takes Two inspired a love of co-op games, you’ll definitely enjoy this one. It feels like a glimpse into what a big-budget Matrix game could be. It doesn’t have any kung fu or bullet-time shootouts, but it’s the best representation of hacking I’ve seen in any game. I never realized how cool a co-op Matrix game could be until I played Operation Tango, but now it’s the only Matrix game I’d want to play.