Outer Wilds is a non-violent, first-person exploration-puzzle game set in a solar system that’s sprinkled with delightful mysteries. Its secrets are scattered among a whirling orrery of planets, which I probe and investigate.

Likewise, purely as a piece of game design, its many marvels are like disparate fragments, difficult to comprehend in the whole, but undoubtedly greater than the sum of their parts. At its core, this is an adventure game, but it defies so simple a classification, mixing itself up with a powerful narrative, satisfying physical challenges and fantastical meta-puzzles. It eschews cheap violence and sprawling systems such as upgrade trees and stats-based progress. It’s a genuine original.

Outer Wilds’ narrative centers on an alien space explorer who sets out to solve the riddle of a lost civilization. I take control of a ramshackle spacecraft and set off for nearby planets, moons, satellites, and other heavenly bodies.

The twist is that I only have 22 minutes before the sun goes supernova, destroying everything, including poor old me. Afterwards, I awaken at home, back at T-minus 22-minutes, ready to sally forth again. With each expedition, I search further and deeper, gradually piecing together a picture of a lost species that came before; one that held the secrets of the universe 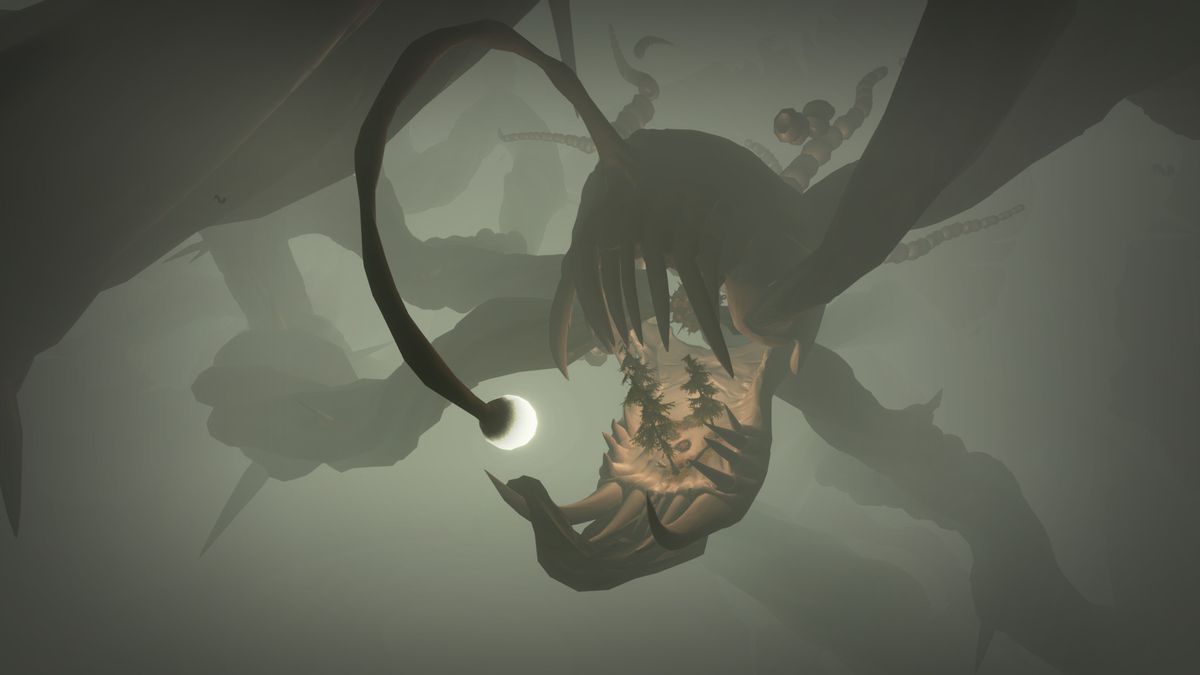 I am free to uncover their secrets in my own way. There is no linearity here. I can begin with a planet that’s formed like a tangled bolus of trees, or one that’s a hollowed out, crumbling wreck, or one that’s an oceanic giant, or a set of twins that feed sandstorms to each other.

Each planet is beautifully wrought, literally a world unto itself. Each contains abundant narrative coils that pull me deep into its interior. Each has its own set of rules, puzzles and secrets. Frequently, I find myself agog at some new vista or revelation. The tale feels like a carefully constructed novel, whichever way I burrow.

Clues left by the lost civilization act as a stirring story of a long-gone scientific culture that struggled to grasp the strange fundamentals of this universe. I encounter odd perversions of the physical world; time warps, spacial anomalies, and absences of things that ought to be manifest.

I make use of my own limited sense of planetary physics and logic, as well as trial and error, and the sort of mad guesswork that (I find) comes with challenging adventure puzzles. I’m constantly torn between an obsession with one particular problem, and a desire to plumb undiscovered planets. For hours upon end, I lose myself entirely. When I finally retire to my bed, I dream of gravity crystals and galactic storms. 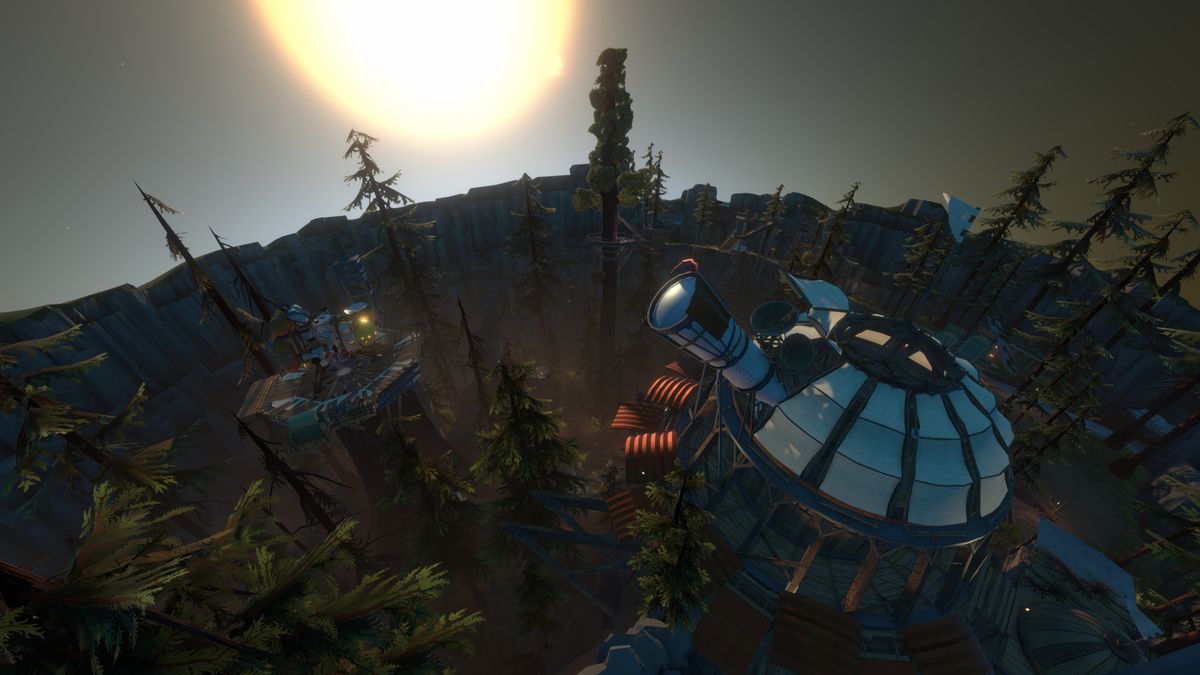 It’s also a game of physical skill. I learn to master my space-craft’s jets and propulsion, the better to find advantageous landing spots. I figure out how to use my spacesuit boosters to elevate cliff faces and descend rickety platforms. I become adept at marshaling my limited resources of propulsion power, oxygen, time and health. I grapple with the differing surfaces and gravitational fields unique to each planet.

Always, I face the knowledge of a very hard deadline, a constant tick-tock of peril. Once the universe ends, I have to begin again, climbing into my spaceship, blasting off, heading back to the place where I just died. Yes, this is repetitive, but it’s mitigated by superb level design which challenges, at first, and then yields. There’s a thrill in mastering how to get back to a place within a couple of minutes where it previously took much, much longer. At the most, I’m discovering new stuff within three or four minutes of beginning each expedition.

I encounter other space explorers of my own kind. They are bizarre, likable clue-givers who provide moments of comic relief. I perpetrate no violence in this game. I am never required to fire a laser gun or grapple with enemies. (How few are the games, set in space, that absent themselves from combat.) Yet, the worlds I visit can be hostile, releasing their secrets with the greatest reluctance.

There are imperfections in this game, such as occasions when I feel a flash of frustration because I’ve died cheaply. Sometimes, I hard-quit because I make a mistake that I know can’t be rectified in a single turn. I’m also less-than thrilled at the prospect of hunting for keys, and backtracking to gated puzzles, which is Outer Wilds’ singular concession to game design cliché.

But these moments quickly phase into new thrills. I stand among the stars gazing at lovely planets as they roll above me, while perplexing secrets moan and rumble below. Outer Wilds is a game of intense originality, charm and beauty. It’s an escape pod to strange new experiences, where great stories are to be found, deep in the bellies of ancient worlds.

Outer Wilds is now available on Mac, Xbox One and Windows PC via the Epic Store. The game was reviewed using an Xbox One download code provided by Microsoft. You can find additional information about Polygon’s ethics policy here.