Announced today, last year’s most successful cyberpunk game, Cloudpunk, will be getting a “sequel-sized” DLC release later this year, called, “City of Ghosts.” Ok. “Most successful cyberpunk game” comes according to me (and the simple fact that there was basically no controversy surrounding the game, unlike some other cyberpunk titles), but that doesn’t make the upcoming trip back to the city of Nivalis any less exciting. In fact, if you haven’t checked out the pixelated open-world of Cloudpunk, now might be the perfect time to do so in preparation for the City of Ghosts DLC.

If you’re unfamiliar with Cloudpunk – from indie developer ION LANDS – you take on the role of Rania, a newcomer to the vertical dystopian city of Nivalis who is employed by Cloudpunk – a courier company that has a rather shady delivery reputation. Accompanied by Camus, her A.I. canine companion, Rania speeds through Nivalis as she makes her deliveries, along the way uncovering the secrets that hide in the shadows of the city.

Besides its blocky, pixelated graphics, what makes Cloudpunk unique is that it offers up open-world activities along with its single-player campaign, such as upgrading your apartment and your delivery vehicle. The game received high praise when I reviewed it (and included it on my year-end top-10 list), but it was well deserved. It’s clear that Cloudpunk has been a labor of love for its developer, who is consistently pushing out new content and updates for the game, one of the most notable features being the inclusion of a first-person camera to make the game that much more immersive.

Now, with the upcoming release of City of Ghosts, there’s really no reason why you shouldn’t check out Cloudpunk, especially for fans of the cyberpunk genre in general. Nivalis is an incredible place with lots of locations to explore and quirky characters to meet. City of Ghosts will expand on everything from a brand-new plot that picks up right after the events of the original game to new areas and characters to street (sky?) races that you can customize your HOVA hover vehicle specifically for. A new feature character who goes by the name of, Hayse, will also be introduced – his storyline eventually intertwining with Rania’s, with multiple endings possible based on the decisions you make throughout the game. 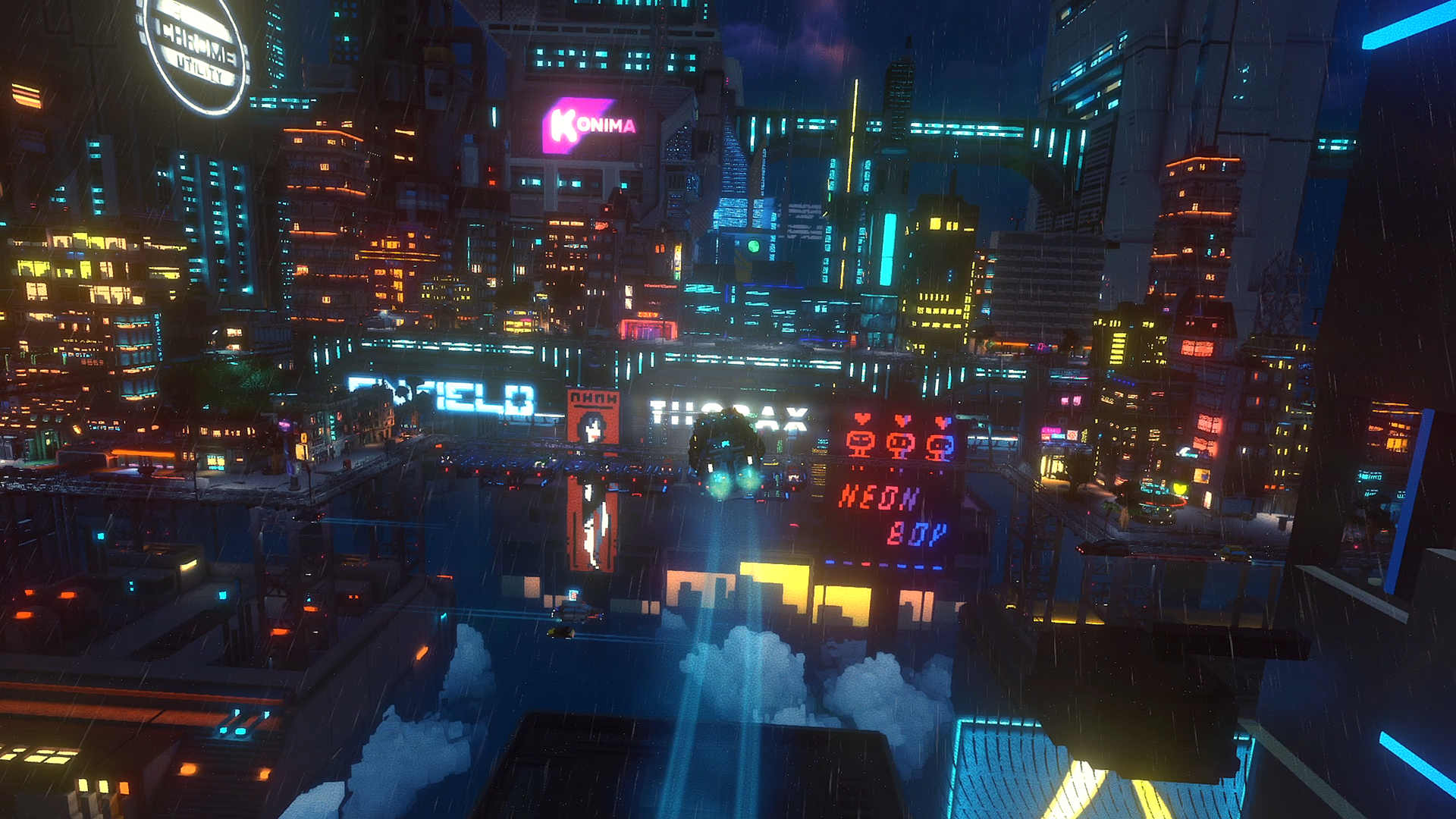 Speaking to the announcement of the DLC, Marko Dieckmann, studio head of ION LANDS, expressed excitement for the release, stating, “Going back to Nivalis has been a thrill. It might be a DLC, but City of Ghosts has a sequel’s worth of content. It’s a darker, tenser, more complex story, and we can’t wait for people to experience it.”

Additionally, to celebrate the announcement, Cloudpunk is currently on sale on Steam for 40% off (or 46% off if you snag the bundle that comes with the game and the original soundtrack), making it even more lucrative of a decision to check it out before the DLC releases. The game is also available on PS4, Xbox One, and Nintendo Switch, but it has not yet been revealed when or if the DLC will be making its way to those platforms.

I’ll be banging this drum until City of Ghosts launches, and probably long after. I am once again asking you to play Cloudpunk. Now is the perfect time to do so. 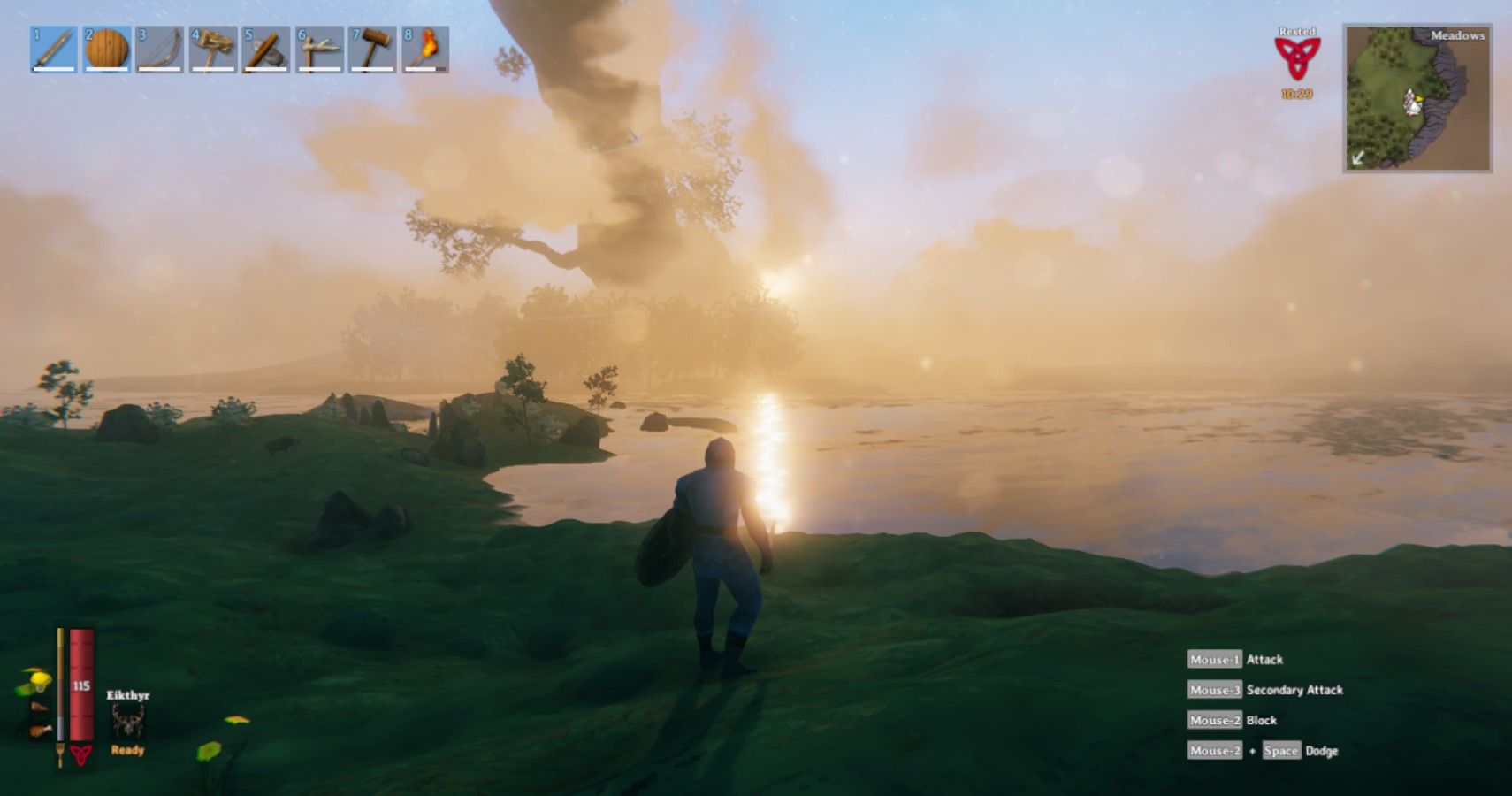