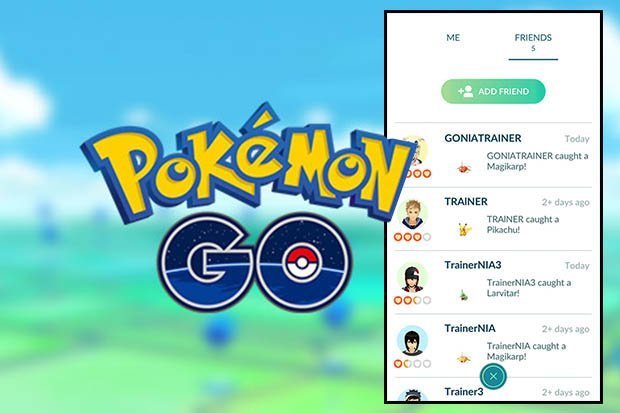 If you keep tapping your screen hoping for your friends list to magically appear you are not alone.

The dreaded “Failed to get Friends list” problem has unfortunately returned.

This means players of the AR game are prevented from using all the game’s features.

This problem, annoying as it may be, is nothing new to Pokemon Go players.

With every content update since the Friends Lists were added there seems to be some sort of issue.

This time around it doesn’t seem to be plaguing active Pokemon Go players.

It’s more likely to a problem for new users, or those returning after a while.

The friends list error seems to be appearing due to not being able to connect to Niantic’s servers properly.

This has been causing a whole host of problems, such as stopping players sending/receiving gifts, adding friends, battling and tracking fitness numbers.

All this has a knock-on effect, affecting egg hatching an collecting buddy candies.

Users of both Android and iOS are experiencing problems.

How to fix Friends List error on Pokemon Go:

If you’re getting this message, you are affected by the bug: “Error 0, Failed to get Friends List, Try again Later.”

The error is proving to be hard to fix, and Niantic doesn’t have a specific timeframe for when they expect the issue to be resolved.

Niantic is fully aware of the problem, but has not currently offered a stable solution.

Answering a player raising the issue on Twitter, Niantic responded: “Thanks for reaching out, Wilson!

“We’ve received similar reports and are looking into this. Stay tuned to our official channels for further announcements. Appreciate your patience. ^SR”

In the meantime, there is one thing that has helped various players.

This is deleting and reinstalling the app.

Players won’t lose any progress, as long as you remember your login details.

This isn’t a guaranteed way to fix the game, but it’s worth a go if you re struggling.

In the meantime, stay updated on any fixes by keeping an eye on the Niantic Support Twitter page.