Despite the introduction of Go Battle League last year, the Pokemon Go community is still pretty undecided on whether or not adding the conventional combat stuff to a game specifically designed for its catch-’em-all counterpart was a good idea. Personally, I don’t give a Ralts about Ultra League or Master League or whatever other competitions there are in Go – I just like wandering around forests to find loads of Bulbasaur. The Element Cup, though? Sign me up, bud. This is the coolest idea Niantic has had in Mudbray’s years – get it? Because it’s a donkey. Eh? No? Fine.

The reason Pokemon Go’s Element Cup is so fascinating is because it eschews what’s usually popular for a whole new, unexplored, and extremely tactical format. If you’re into competitive Pokemon at all, you’ll probably be familiar with OU, Smogon’s tier for all the best ‘mons who aren’t completely overpowered. What you might not know is that there are loads of other categories, too – RU (Regularly Used), UU (Underused), NU (Never Used), and so on. Despite the fact the Pokemon found in these categories are weak, easily forgettable, or both means that they’re way less predictable than the ostensibly bigger and better stuff – the same can be said for the Element Cup.

In case you haven’t heard much about the Element Cup yet, it’s set to become Niantic’s most strict tournament to date. You’re only allowed to use Water, Grass, and Fire Pokemon – while dual-types are allowed, this is still pretty restrictive. On top of that, you can’t use any ‘mons with a CP higher than 500, and Pokemon who don’t evolve are disqualified. The ones who do evolve? You’re only allowed to use the first evolution – so Charmander is allowed, for example, but Charmeleon is out.

Naturally, this implies that we’ll probably see loads of starters in the Element Cup. They’ve got decent base stats, naturally have one of the correct types, and are obviously the first form of their respective evolutionary lines. I’d like to think the tournament will be much more nuanced than that, though – ‘mons like Foongus, Ducklett, and Vulpix immediately spring to mind as significantly better picks than half the starter roster. 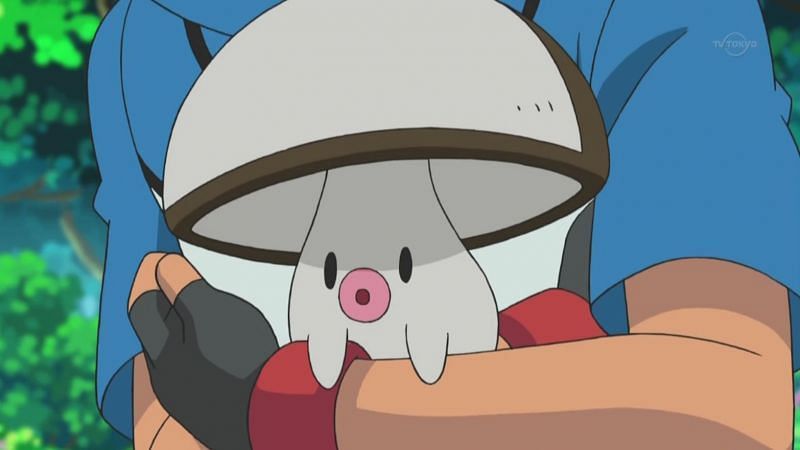 The main reason I’m so on board with this is also why I reckon New Pokemon Snap is so good. It takes the spotlight away from Charizard and forces you to become acquainted with weaker, lesser known ‘mons. I’ve mentioned in loads of different articles that New Pokemon Snap gave me a newfound appreciation for Trubbish, but it also made me like Morelull – who I previously thought was the most repulsive Pokemon ever designed – Bidoof, and more. I mean, if Bidoof Day had have been last year, I would have been all like, “Ugh, what the hell, Bidoof is boring and rubbish,” but since watching it build its dam in Florio Nature Park… well, let’s just say I like Bidoof now. Still hate Bibarel, though – more like big barrel of shite, amirite?

I don’t ordinarily battle in Pokemon Go, aside from the occasional gym battering. The Element Cup, though? I’m more than happy to come up with strategies for all of my weakest ‘mons, to devise unique synergies designed to throw people off. Azurill, Daramuka, Cottonee, Chinchou, Shroomish… the possibilities are endless, and none of them involve Gengar, Swampert, or Tyranitar. Here’s hoping feedback to the Element Cup is solid so that Niantic knows it can experiment with similar initiatives in future.

I’m enjoying Scarlet Nexus, but I can’t understand why I wouldn’t just boot up Genshin Impact instead.