Nintendo has released an extensive new trailer of Pokemon Legends Arceus. It’s our biggest look yet at a game that still remains shrouded in mystery, which is a big deal considering it is now only two weeks away from launch. However, now we have a relatively solid idea of how exploration, combat, questing, and other mechanics will work in the grand scheme of things – and it looks great.

Outside of spin-offs, this feels like the most robust evolution of the mainline series we’ve ever seen. I’ve spoken before about how it feels heavily inspired by Breath of the Wild, seemingly offering players a more freeform way to move across the open world as they catch Pokemon and embark upon quests. It all just looks and feels refreshing, even more so after the underwhelming Brilliant Diamond and Shining Pearl.

Speaking of evolution, I’ve gone from a sceptic prepared for disappointment to a curious onlooker ready to pick up the game when it releases later this month. Yet part of me remains unsure, like a huge portion of the experience is being hidden from us or won’t be everything it’s cracked up to be. Pokemon fans are creatures of hype, putting what is ultimately a simplistic series of turn-based RPGs on a pedestal largely due to nostalgia and how approachable the games are to such a wide audience.

One major portion of the recent gameplay trailer follows our character as she takes on a mission from the game’s central village, asked to catch a specific Pokemon and bring it back to an NPC in exchange for experience points and other rewards. It’s a simple task we’ve seen time and time again in games like this. We’re given a task, we complete it, and we progress. I can picture Legends Arceus featuring a lot of this, especially given how it won’t adopt a fully open world but instead opt for large, independent areas much like Monster Hunter.

The quests seem to follow a similar format, with prompts popping up on screen whenever you accept missions and complete them. We’ll be seeing a lot of that in the full game, but I’m hoping the majority of the experience isn’t dictated by quests that end up being samey and derivative. I can already picture having a laundry list of tasks that involve going to a place, beating up a wild animal, capturing it, and marching back to where I came from for rewards that might not even be worth the journey. If Pokemon is finally willing to transform itself, I hope it doesn’t emerge as a copycat of open world tropes that have long grown stale. 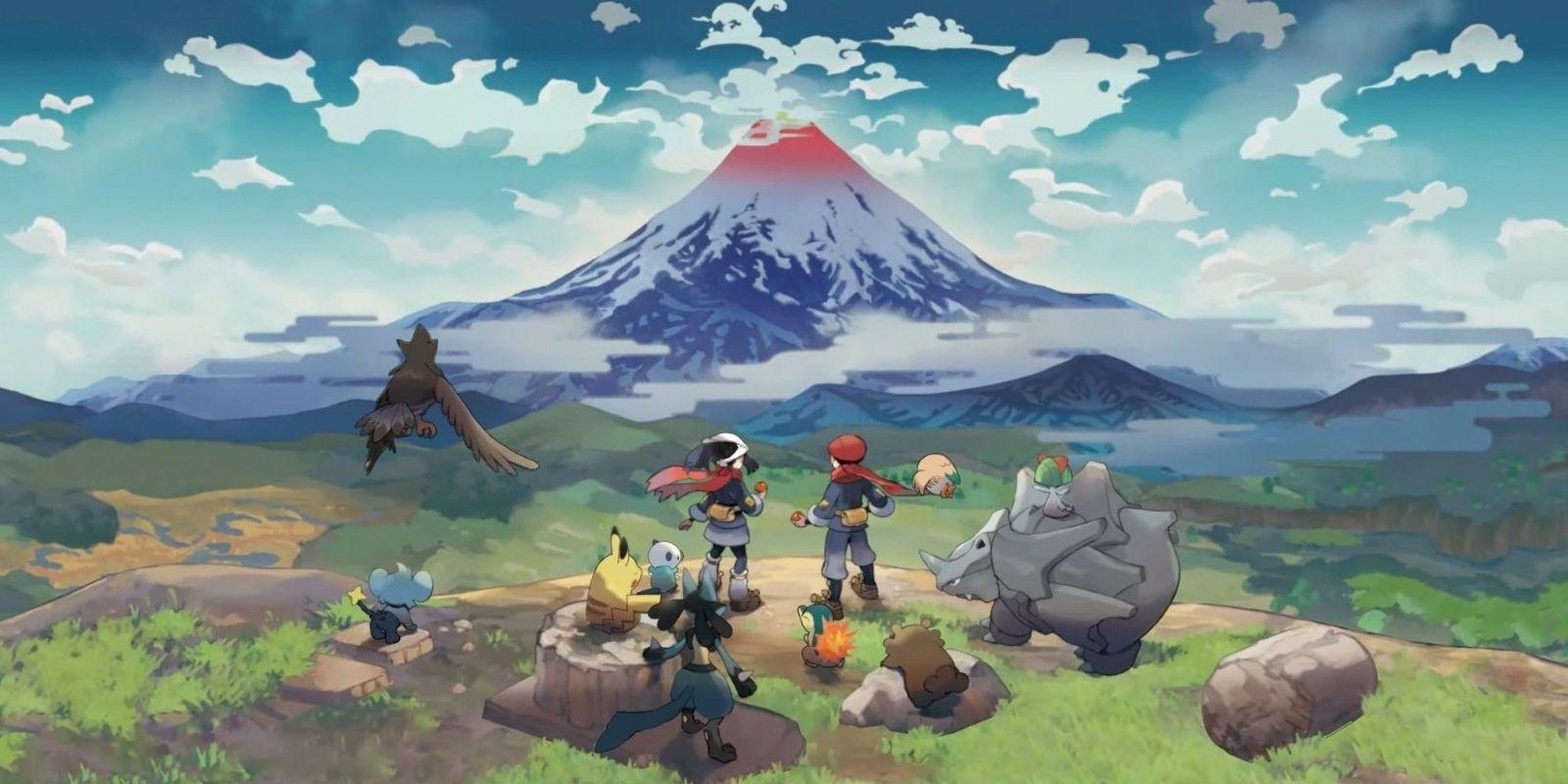 Make the Hisui region into a place that we want to uncover for ourselves instead of having it dictated by arduous quest markers. Breath of the Wild is so magical because you can walk in any direction and discover something wondrous, and I’m not sure Legends Arceus will have the mechanical complexity or graphical prowess to achieve a similar feat. It has the same sombre piano notes accompanying your footsteps and sprawling fields, but if you’re just spending the bulk of your time hurling rocks at animals and running errands for some loser than what’s the point? I’m probably just worrying too much, and the main campaign will harbour a mystery that goes far deeper than acting as a glorified courier.

A revised combat system and a wider sense of freedom give Legends Arceus the potential to be masterful, but we’ve been hurt by Game Freak’s lofty promises before and I’m partially worried that the same will happen here. Yet for the first time in decades it is shaking things up, so even if it all falls short and much of the side content becomes superfluous, it establishes a foundation to be built upon in the years to come. A dual release of main entries might become a thing of the past as Arceus breaks new ground, showing that Pokemon no longer needs to be confined by a model that has long grown stagnant.