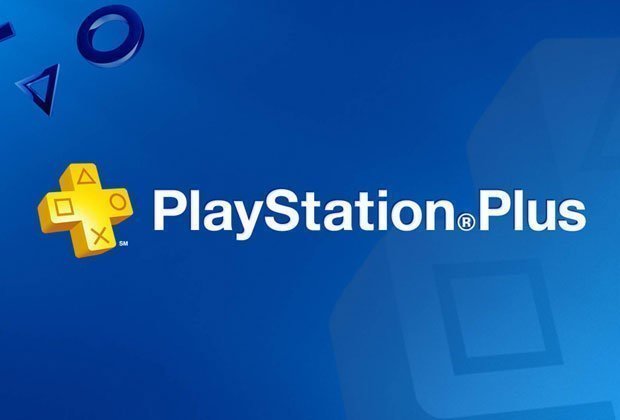 PlayStation Plus is Sony’s subscription service for the PS4 (and previously PS3 and PS Vita).

At its heart, the service is intended as payment to access the consoles online multiplayer features. Want to play GTA Online? You’ll need PS Plus. Fancy a game of FIFA with your best mate over the internet. You’ll both need PS Plus.

There’s no getting around it, which is why, most PS4 owners have a PS Plus subscription. Thankfully, in exchange, Sony also give you a tonne of ‘extras’. We say that loosely since, you are paying, but really you’re paying for access to online functions and in return get some cool stuff back.

Whilst you occasionally get access to free PS Plus discounts, game demo’s or sometimes freebies like, extra cosmetics for your favourite Battle Royale game (Fortnite, Apex Legends, you name it), the biggest benefit of PS Plus is the free games.

Every month Sony give away 2 PS4 games to subscribers, completely for free. You get to keep them for as long as you like, assuming you don’t let your subscription lapse.

So whilst you might be paying, £49.99 a year for access to the online functionality of your PS4, you normally get back well over £100 in free games each year.

Below you’ll find a list of all the games given away with PlayStation Plus in 2019. Just in the event, y’know you want to keep tabs on what Sony has been giving away.

Rumours about Star Wars Battlefront 2 and EA Sports UFC 3 are wide off the mark, this was just a glitch on the PSN store to do with the release of EA access on the PS4 this month.

In Detroit: Become Human, discover what it really means to be human in a powerful, emotional journey made of choice and consequences. Set in Detroit City during the year 2036, the city has been revitalized by the invention and introduction of Androids into everyday life. But when Androids start behaving as if they are alive, events begin to spin out of control. Step into the roles of the story’s pivotal three playable characters, each with unique perspectives as they face their new way of life.

When a young boy disappears, a terrorized city is forced to fear the unthinkable: has the dreaded Origami Killer struck again? Lead the hunt to unravel the mystery as you take control of four strangers in this tension-soaked award-winning psychological thriller. You need to think fast and act even faster, as every choice and move you make can result in dramatic, game-changing consequences – and even determine who lives… and who dies. How this story ends is entirely up to you.

Prepare for a blast of pure ’90s nostalgia with Horizon Chase Turbo, a love-letter to the iconic, just-one-more-go racers of the arcade’s golden age.

Drawing inspiration from the likes of Out Run, Top Gear and Rush, developer Aquaris Game Studio captures the essence of the 16-bit era with style, with modern visuals, a thumping soundtrack with insane arpeggios and classic split-screen couch multiplayer.

The blue blur returned in style in 2017 with this lovingly crafted throwback to the Sega icon’s 2D side-scrolling roots, tailor-made to put an ear-to-ear grin on the faces of the Sonic faithful.

You know the drill: Sonic, Tails and Knuckles face off against their old nemesis, Dr Eggman, across a mix of brand new zones and re-imagined classics. Expect lightning-fast left-to-right platforming thrills, countless collectibles, hidden areas, and both competitive and cooperative multiplayer modes for two players.

Getting excited for the freshly announced Borderlands 3? Now’s the time to revisit Borderlands 2 and Borderlands: The Pre-Sequel, and get up-to-speed with Gearbox’s fan-favourite loot-focussed FPS series.

Not only does The Handsome Collection include all DLC for both titles, enhanced local multiplayer and remastered visuals, but if you played either title on PS3 your game save will carry over so you can pick up where you left off (see here for more detail on this feature).

What Remains of Edith Finch

Summary: What Remains of Edith Finch is a collection of strange tales about a family in Washington state.As Edith, you’ll explore the colossal Finch house, searching for stories as she explores her family history and tries to figure out why she’s the last one in her family left alive.

Summary: Overcooked is a chaotic couch co-op cooking game for one to four players. Working as a team, you and your fellow chefs must prepare, cook and serve up a variety of tasty orders before the baying customers storm out in a huff.

From the creators of brutal medieval action-adventure Lords of the Fallen comes a challenging sci-fi spin on the hardcore action RPG genre.

Take on the role of new staff member Warren who, following a trying first day on the job, awakens to the aftermath of some unknown cataclysm to find his new workplace devastated by out-of-control machines.

Explore the twisting maze-like environment of the CREO research facility, fending off haywire tech, scavenging new parts and weapons, rescuing survivors and unlocking the secrets of this vast, abandoned facility.

Drawing inspiration from classic barbarian tales, survival adventure Conan Exiles winds back the clock to the very dawn of civilisation, casting you as a forgotten exile abandoned alone in the desert for crimes unknown.

Starting out with nothing but a loin cloth, you’ll have to explore this vast, hostile world, gathering materials, crafting tools and carving out a new life for yourself.

Exploring a shared online space, you’ll have the chance to meet other players, build settlements and bases together, and even raise your own armed fortresses as you advance your mission to dominate this treacherous environment.

Activision’s colossal Call of Duty series is well and truly part of the fabric of modern gaming, but it was only in 2007 that developer Infinity Ward took the console world by storm with its contemporary spin on the popular WW2 shooter series it helped create.

Call of Duty 4: Modern Warfare was a phenomenal success, winning players’ hearts with a memorable campaign and sleek online multiplayer. 2016’s Modern Warfare Remastered added a fresh lick of paint for a new generation of gamers, while respectfully retaining its snappy gunplay and brilliant level design.

Download it with PS Plus this month to relive a true FPS classic (in glorious 4K with PS4 Pro).

Having had massive success with charming puzzle-platformer Braid back in 2008, creator Jonathan Blow promptly returned to the drawing board and spent the next eight years working on an ambitious follow-up.

The result was 2016’s The Witness – an enigmatic first-person puzzler set on a seemingly-deserted tropical island, dotted from one end to the other with a vast network of interconnected puzzles.

Boasting spellbinding narrative twists, and an unbeatable sense of satisfaction in conquering each puzzle, The Witness is a benchmark in design and environmental storytelling. Download on PS Plus this month for a slow-burning test of the old grey matter.

First up, we have For Honor, the melee action game from Ubisoft. Experience the chaos of war and choose between Viking, Knight, and Samurai factions to find your perfect fighting style. Featuring 20 different PvP maps, this game will be sure to entertain you.

Next up, we have Hitman: The Complete First Season. Take on the role of Agent 47, the world’s ultimate assassin. Travel the globe to eliminate your targets in traditional and less traditional ways. From sniper rifles to expired spaghetti sauce, use the weapons at your disposal to become the master assassin.

Tear your way across the soft white powder of some of the world’s most breath-taking mountain ranges on skis, snowboards, wing suits or paragliders in Ubisoft’s open-world, winter-sports sandbox.

Figure out the fastest way down sheer slopes and snow-capped peaks, record your runs and then share them with players around the world – including your friends – and challenge them to go one better.

Everything you do can be shared with the Steep community – from trailblazing time trails to your biggest wipe-outs. A newly added photo mode, PVP challenges (with full-contact collisions) and a brand-new Alaskan location mean that there’s more to do than ever.

Keeping firmly with the theme of unique, open-world sandboxes, we come to our second big title of the month.

Portal Knights mixes time-honoured RPG mechanics with large, procedurally-generated environments and clever co-operative play to deliver a stylish action-driven adventure with big bosses to face-down, loot to collect and, yes, heaps of opportunities to get creative.

Departing with more traditional RPGs, Portal Knights proffers the possibility of reshaping the world as you see fit: build vast structures to call your own, plant some veggies or dig deep into the earth to mine for rare materials.