“Ya know why I lost my cool back there? I hate bein’ called the Dragon of Kansai. Dragon, I don’t mind. But the Kansai part pisses me off. A dragon don’t know Kansai or Dojima. We only need one dragon in our world. Ain’t room for more.”

Ryuji Goda says this to Kiryu Kazuma the first time they meet in Yakuza Kiwami 2. They’re drinking in Sotenbori’s revered Cabaret Grand, which set its claim to fame in motion back when Goro Majima ran it in Yakuza 0. This is worth noting because that game also introduces us to a young, ill-tempered Ryuji Goda – as someone currently playing through the Yakuza series in chronological order with precious little context on what’s to come, seeing this blonde belligerent rear his bleached head again was pretty wild.

I rolled credits on Yakuza Kiwami 2 late last night and haven’t been able to stop thinking about it since. I knew Kiryu was never in danger – he’s got four more games and makes a cameo in a recent Yakuza title to boot. But even though the stakes were hammered so far into the ground I couldn’t see them, Yakuza Kiwami 2’s denouement was intense, mostly thanks to how excellently written its main antagonist is.

As is the case with any Yakuza game, Kiwami 2 has a whole host of baddies. There’s Ryuji, sure, but you’ve also got Takashima, Sengoku, Terada, and several other major players to contend with. There was a point yesterday where I was unsure whether what I was witnessing was bollocks or brilliant, although I’m glad to say I’m now heavily leaning towards the latter. 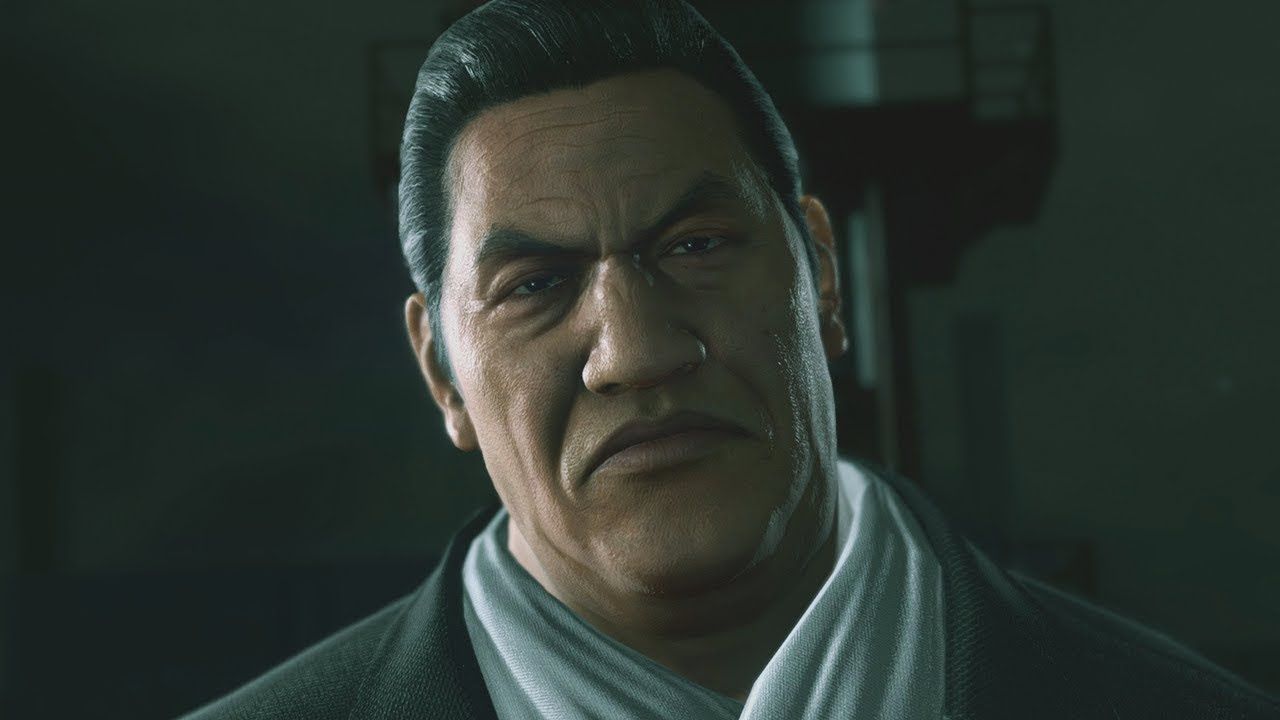 If you’ve played Kiwami 2, you probably know what I’m on about – before the fake bomb doesn’t blow up, the dead-but-actually-extremely-alive Terada waltzes up to Kiryu and Ryuji and is like, what’s up lads, I’m the head of the Jingweon Mafia and I’ve spent the last 26 years planning to blow up this entire city. Then Takashima shows up and goes Billy Big Brain on everyone, like, “Haha, you followed the script I wrote, idiot.” It looks like poor Kiryu and Sayama are about to get their heads blown off when – get this! – the previously incapacitated Ryuji Goda stands up and blows Takashima’s head off instead. Ryuji in this instance is so badass, right, that the number of bullets he shoots is 100 percent higher than the number of bullets a pistol magazine should be capable of holding. It’s like he’s some kind of magician except he’s also an extremely pissed off yakuza.

But there’s more to this than a big man with a golden dragon on his back shooting someone. I was fascinated by Ryuji the whole way through Kiwami 2 – the scene where he straight up slices Sengoku’s chest open and kicks him from the top of Osaka Castle is phenomenal, as is the one where he gets his buds to throw millions of yen on the ground at Terada’s actually-very-fake funeral. I’d nearly go so far as to say that every single scene Ryuji contributes to is Yakuza at its best – but it’s the last act, which transpires over the course of around an hour, where the Dragon of Kansai (don’t tell him I said that) truly gets to shine.

Ryuji is the scariest type of scary. I know that sentence looks as if it was written by a four-year-old, but it’s true. He’s calm and collected until he’s not, at which point his presence – his aura – exerts a pervasive sense of dread and death. Simply put, he doesn’t give a shit – except he does, as evidenced by his final showdown with the Dragon of Dojima and all of the ridiculous revelations surrounding it. 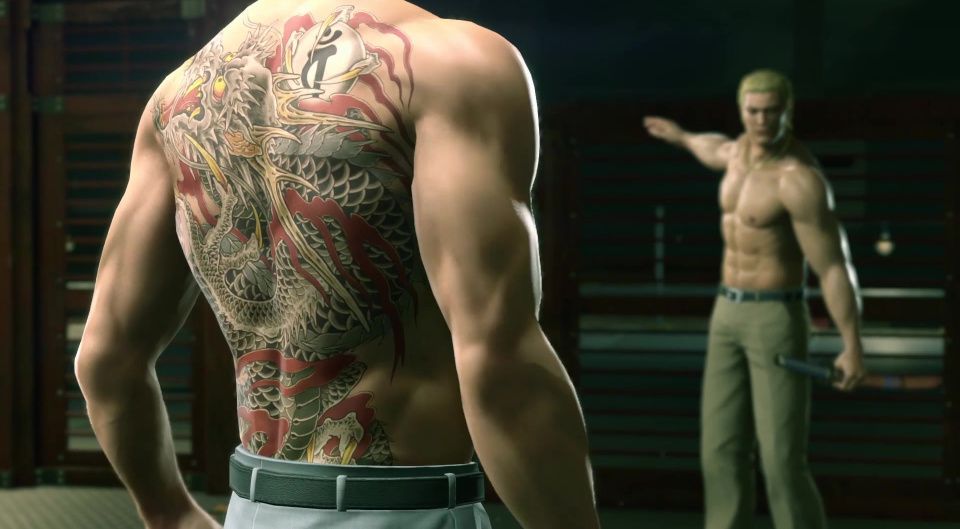 While it initially comes across as if Ryuji is some sort of unfeeling monster, what’s actually going on in his head is extremely different. Raised by Jin Goda, the legendary fifth chairman of the Omi Alliance, Ryuji grows up feeling as if he is completely alone in this world. He remembers the night he lost his parents during the Dojima raid on the Jingweon Mafia 26 years prior, meaning that he knows Jingweon blood runs through his veins. This is what motivates him, feeding his insurmountable ambition, but it’s also a curse he’s forced to bear. It’s not until he learns that Sayama is his sister – a “little sister” in a world where he thought he had no living family – that something happens to him. He opens up, explaining why he needs to become the one true Dragon in order for his life to have any meaning. He says that he grew up in the shadow of Jin and the only way out of it was to surpass him. He laments being abandoned by his own mother before Jin tells him that, actually, he begged her to let him raise Ryuji instead. Everything he has ever known – every single factor that has driven him to this point – collapses with such immense force that he’s at a loss. Obviously this whole situation is interrupted by Terada, and then Takashima, but it remains remarkable past that point, too.

After everything plays out and it’s just Kiryu, Ryuji, and Sayama left standing, it’s hard not to see good in the man who is ultimately the bad guy. “If only I had known,” he says to Sayama. He bangs on about fate, and how the path he chose to walk was unavoidable, but I’m convinced that’s pride more so than logic or truth. Sure enough, Ryuji is more instinctive than rational, but that only furthers my point that he’s lying here – it’s a basic instinct for self-preservation and a necessary means of actualizing his desire for victory or death.

Obviously Kiryu and Ryuji have one last showdown before the end. I mean, it’s a Yakuza game – how couldn’t there be a topless fist fight where both competitors have two bullets each in them? It’s different to other Yakuza fights, though, because it feels as if these two men who were taught by circumstance to hate each other have finally arrived at a mutual, unwavering sense of respect for one another. Kiryu even says Ryuji reminds him of an old friend, perfectly capturing the fact that, in another life, they could have been best buds. It’s as if neither of them want to kill the other, and yet both of them know that what they want is irrelevant in the face of what needs to be done. Sayama has no idea why they’re acting like this, but the answer is simple – they’re yakuza through and through. 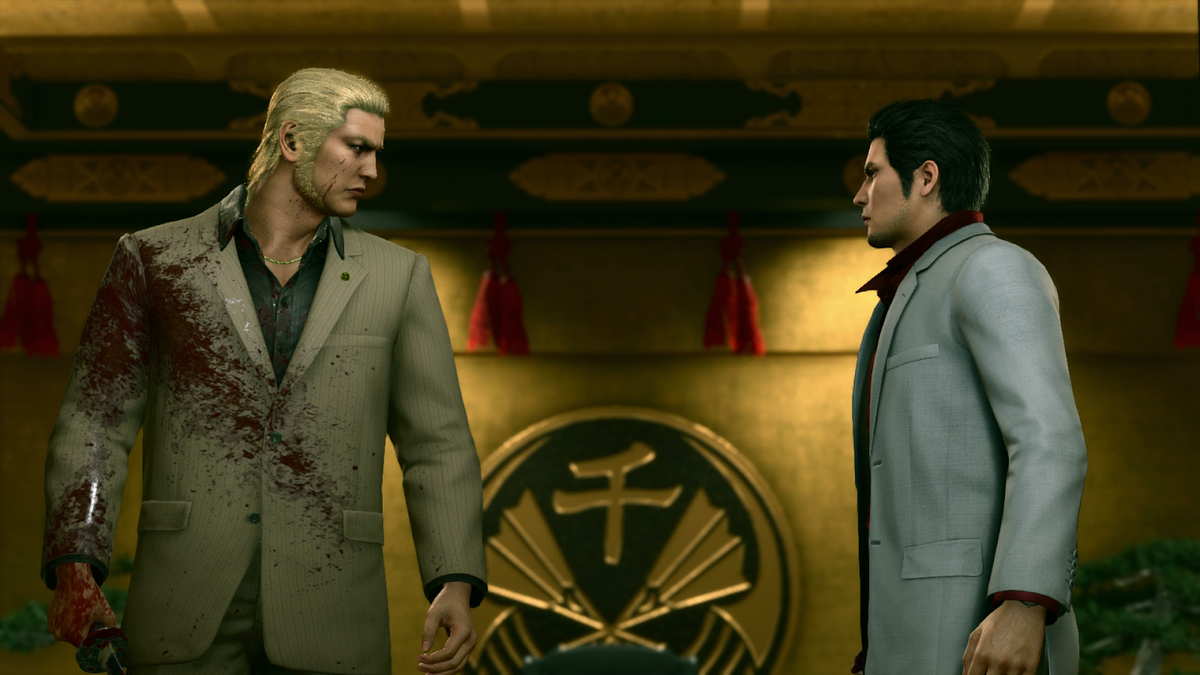 There are moments where Ryuji displays real sincerity in Kiwami 2. He spares Kiryu in Stardust, he kills Sengoku for kidnapping Haruka, and he shoots Takashima before he can take out Kiryu and Sayama. In the moment, it feels as if he’s got some sort of alternate agenda, but in hindsight after finishing the game, I think it’s easy to see that there was always some semblance of kindness, or at least decency, bubbling below the surface with Ryuji, which is what ultimately makes him such a good bad guy. He’s awful, except he’s not really. It’s a necessary performance that’s been going on for so long that it’s become impossible to exit stage left. The best villainous quality about Ryuji Goda is that, as he lies dying on the roof of a construction site looming high over Kamurocho, he sheds his rough exterior for tenderness. It’s the only time he’s ever had with his sister and he uses it to give her the purpose he was deprived of for so long. He doesn’t try to selfishly live on in vain, to grab the gun or rig the bomb ticking behind him. He tells his sister that she looks like the mother she never met and asks for a smile – “There it is,” he says, smiling in turn as his hand falls in tandem with his head.

I’m three games in and Yakuza hasn’t disappointed me yet. While I’m sure that subsequent games could have even better villains – at least hypothetically speaking, as Ryuji’s going to be tough to top – nothing else I’ve ever played has had a character quite like this. I’d nearly play it all over again just so I can analyze Ryuji with the knowledge of what he’s really like deep down, although I don’t think it’s a trick that can work twice in a row. Maybe in 26 years I’ll go back to it, eh?