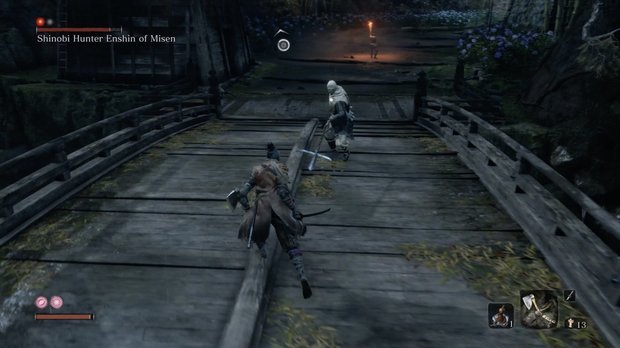 This fight is made easier by utilising the Mikiri Counter skill, a special combat move which allows Sekiro to counter a thrust attack by standing on the foe’s weapon to build up posture. For more on the Mikiri Counter, you can read our guide.

Using the Mikiri Counter you should be able to successfully counter most of Enshin’s move set, but, for his general sweeping attacks and swings, make sure you time your deflections as you do against any other foe.

However, this mini-boss is extremely fast and hostile so it’s better to be aggressive yourself and try to end the fight quickly once you’ve announced your presence.

Once you’ve built up the Shinobi Hunter’s posture bar, he’ll stagger and you’ll be able to perform the second death blow and finish him off, opening up the path to the Hirata Estate.

For more guides on Sekiro: Shadows Die Twice, keep up to date with Daily Star Gaming.