Kingdom Hearts: Melody of Memory just released, and its ending has given us more questions than answers. Many major mysteries are still unsolved, and it has kept us on the edge of their seats. Unfortunately, our butts will likely go numb before some of these questions are answered as we’ve been told not to expect a new game announcement until 2022.

Beware: There are spoilers for Kingdom Hearts: Melody of Memory’s ending. You have been warned.

One object that fans have been pondering on since the release of Kingdom Hearts 2.8: Final Chapter Prologue is the box that Luxu has kept since the era of the Keyblade War. What’s so important about it and why was Xigbar (now known as Luxu) tasked by the Master of Masters to keep it safe? Throughout Kingdom Hearts 3, Maleficent and Pete are scouring the worlds far and wide for this legendary box that is said to hold great power within. All we know is that Luxu was told not to open it. 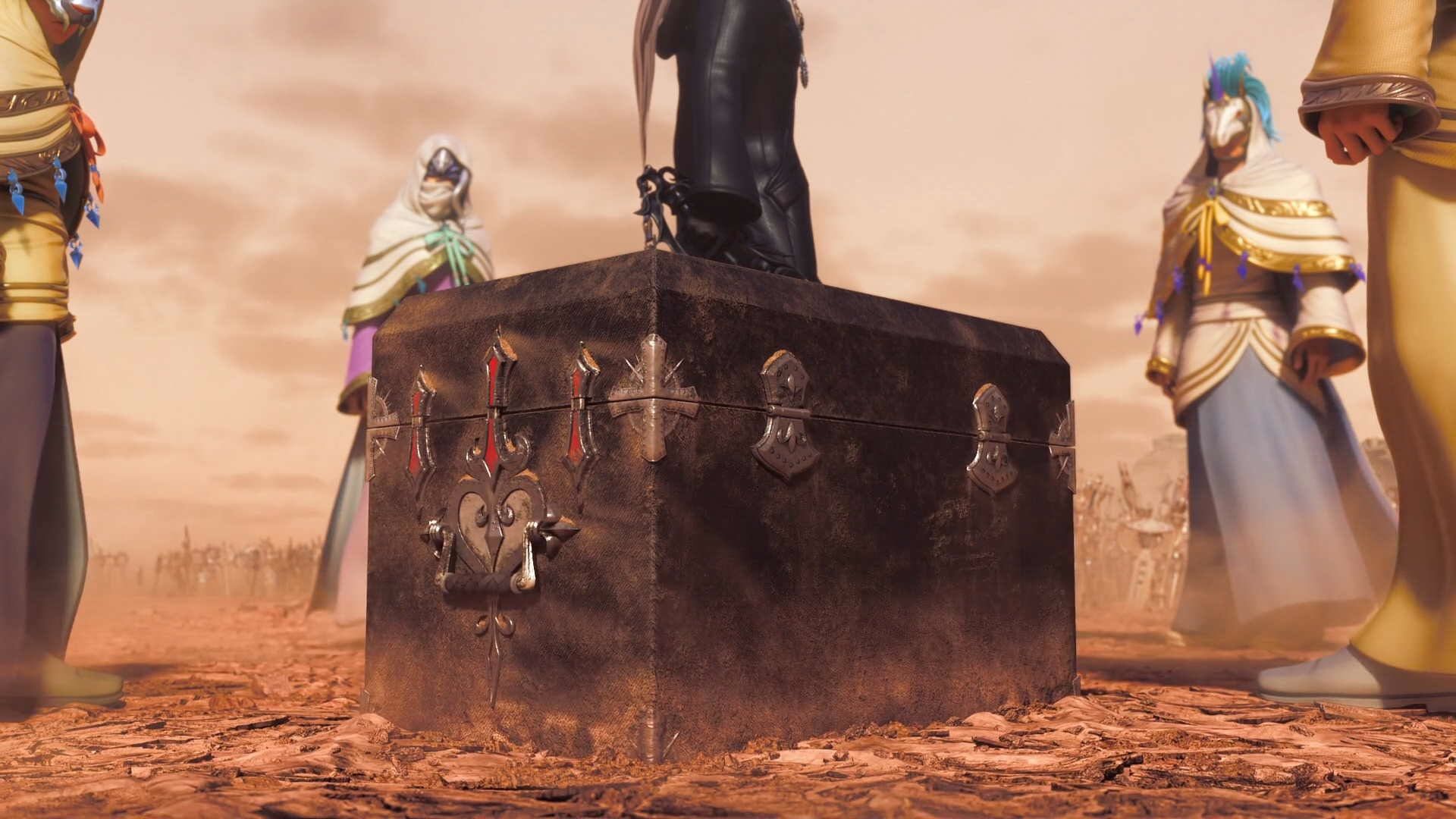 By looking at the black box, we see 20 locks. Likely, they resemble the seven guardians of light and 13 seekers of darkness, but this hasn’t been acknowledged in the storyline yet. When the Master of Masters revealed what was inside, Luxu was surprised, so it will be interesting to see how monumental of a change this box will cause. Could it contain a complete reset like an Avengers-sized Thanos snap and would Maleficent and Pete be foolish enough to open it?

Luxord’s Wild Card That “Could Turn The Tables”

Towards the end of Kingdom Hearts 3, Sora defeats Luxord, an Organization XIII member turned Xehanort lackey. However, his role in the series seems way more important than it first appeared. When he loses, Luxord hands our hero a wild card that was left hidden from us. He told Sora that it is an item that “could turn the tables” and urged him to hang onto it for the right time. Whether or not it’s a counter to the black box or a way to get out of the fictional world of Quadratum is unclear.

In the good ending for Kingdom Hearts 3 Re:Mind, another mysterious character by the name of Yozora is being driven by Luxord’s somebody. It’s intriguing because this scene is shot-by-shot identical to a trailer of Final Fantasy Versus XIII, in which Noctis awakes from a dream in the back of a fancy car. Luxord could have been one of Yozora’s guardsmen from his original world, and it seems like there’s so much more about him that series director Tetsuya Nomura has in store for us. Take a look at this comparison by Ataque Critico:

For those who are unaware, Final Fantasy Versus XIII is a canceled project from Square Enix that transitioned into 2016’s Final Fantasy XV. FF15 had the same characters that were prominent in the V13 trailers, but Nomura’s original direction for the project was lost in the shuffle as Hajime Tabata took over.

Therefore, it is curious that the Kingdom Hearts series is heavily referencing this canceled project. The secret ending for Kingdom Hearts 3 features Sora and Riku stumbling across the world of Quadratum, and if you listen to the music, Yoko Shimomura blended the themes “Dearly Beloved” and “Somnus” together in perfect harmony. “Somnus” is a piece of music that is synonymous with Versus XIII, so why is it here in a series that is completely irrelevant? The aforementioned cutscene in the car also gave us undeniable proof that there’s a connection. So why are these properties being tied together and is there going to be a meta reason behind this?

The Identity of Yozora

This is where the very few dots begin to line together. Just before the fight against Yozora in the KH3 Remind DLC, he mentions something very strange to Sora. Sourcing The Landi Lodge on YouTube, Yozora says what Sora was seeing wasn’t his real form and the Nameless Star also mentioned that their hearts, worlds, and names were taken from them. I agree with Landi Lodge; this could be an incredibly meta reference to Tabata’s version of Noctis taking over. 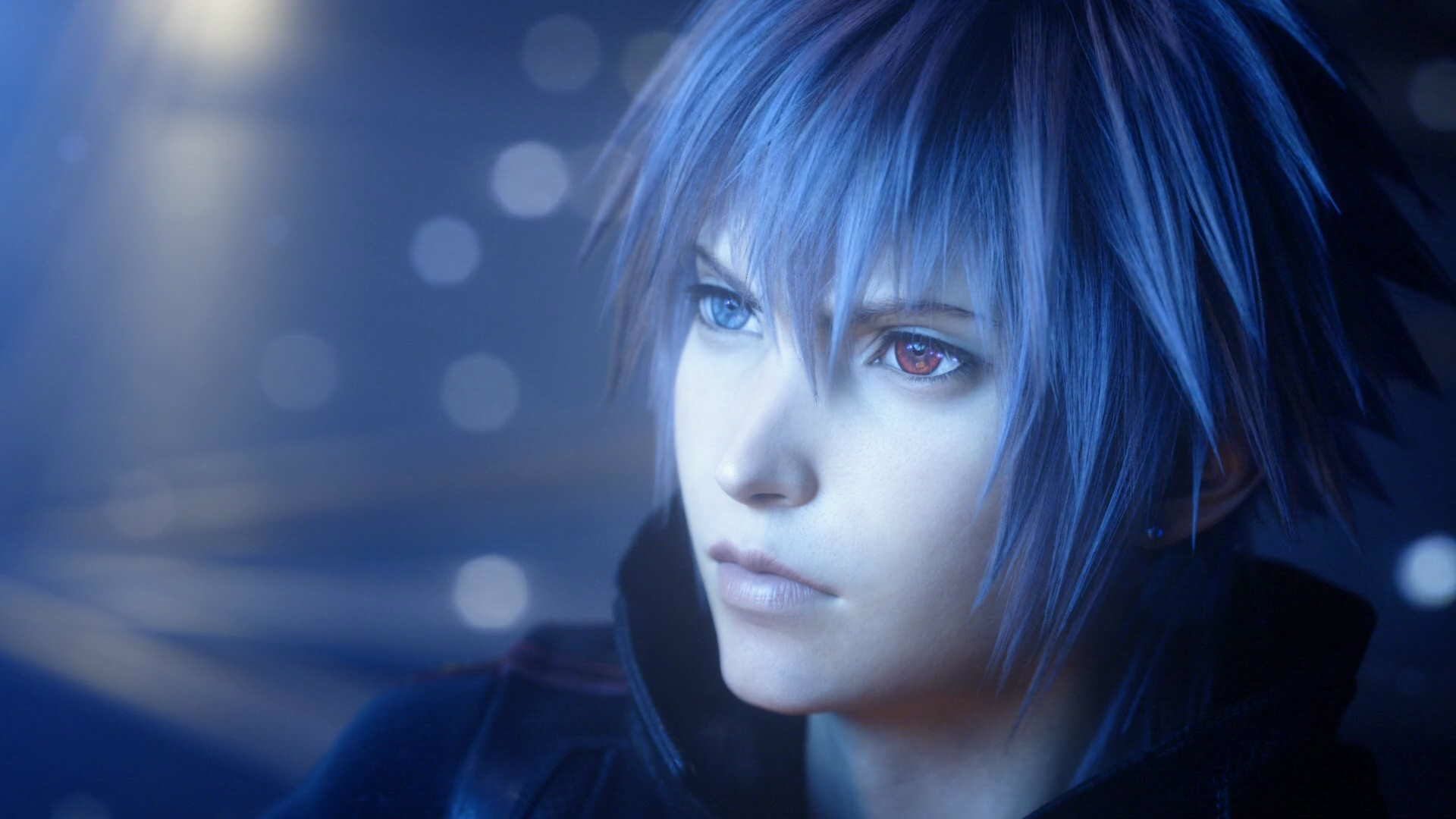 Yozora is also deeply connected to Sora in some way, as they both repeat the same lines from the beginning of Kingdom Hearts 1 in the ending of the DLC. Toy Story’s Rex also mistakes Sora for Yozora, despite their very different appearances. Yozora’s exact identity remains a mystery that will hopefully be solved in the next entry.

The Realm Of Fiction

During the events of Kingdom Hearts: Melody of Memory, Ansem theorizes that there’s a new realm that is set in fiction. Yozora is wandering in the middle of it within Quadratum, and Sora has joined him as he dove too far into the realm of sleep to save Kairi. Riku has ventured in to find our spiky-haired hero.

With this irrevocable connection to Versus XIII, perhaps this realm of fiction could be a place where ideas or people are lost in the aether. Sora has been wiped out of existence from the realm of light and sleep, after all. In similar fashion to another Disney game Epic Mickey, this could be where the forgotten are left to linger. Perhaps lesser-known movies from Disney’s catalog or lost concepts can make their way into the game within this realm of fiction. That is just a wild theory, of course, but the definition of the realm of fiction and the identity of Yozora are questions that Kingdom Hearts fans have been pondering since the release of Melody of Memory.

Will Neku And The Gang Return?

Neku and his friends from The World Ends With You are also like Sora, who is lost between realms. We last saw them in Dream Drop Distance, in which Sora and Neku have a conversation about meeting each other again in Shibuya. This then leads to the secret ending for Kingdom Hearts 3, in which Sora is shown standing in the middle of Shibuya Crossing. 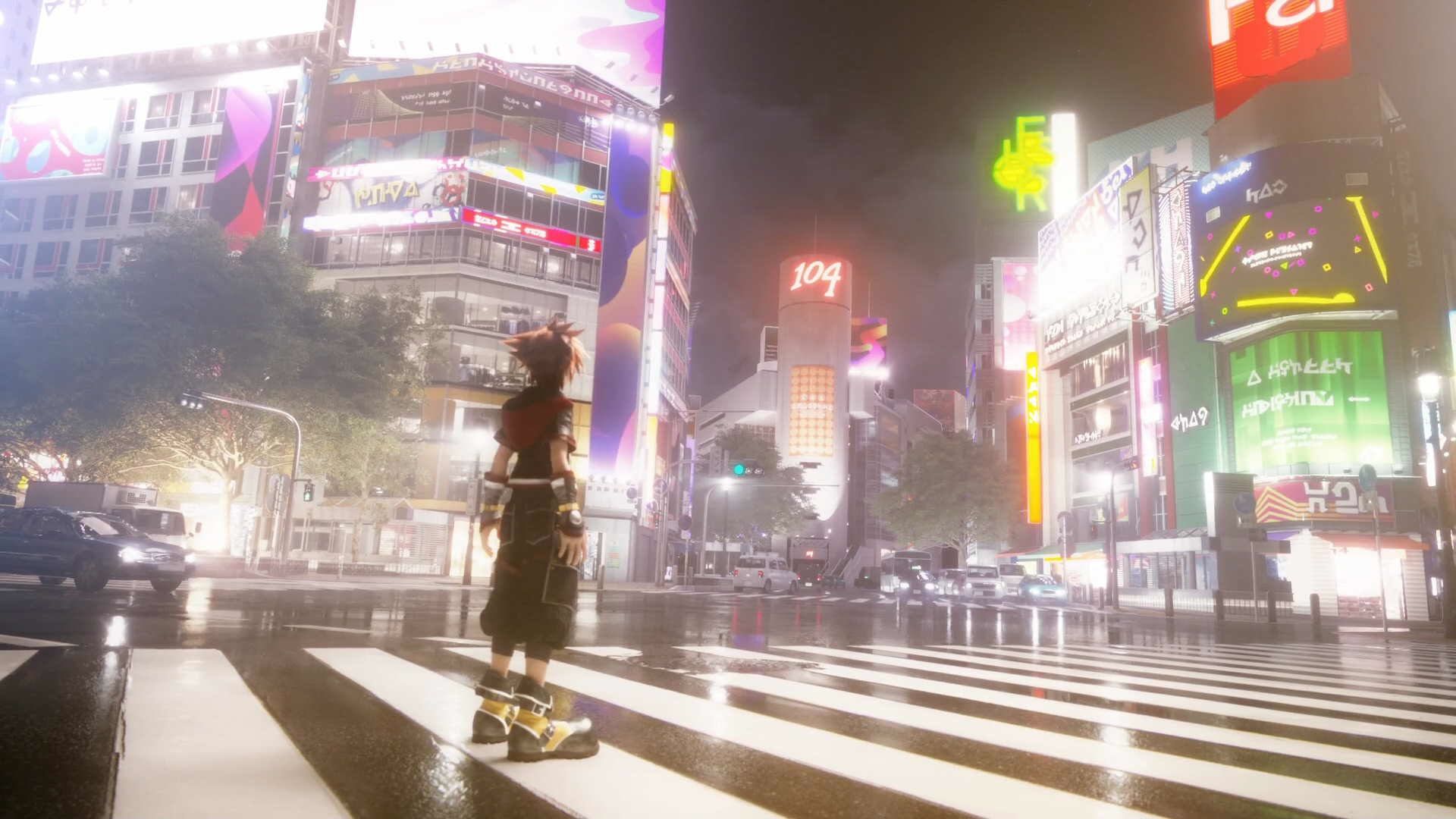 A major part of the imagery for The World Ends With You is the number 104, and Kingdom Hearts 3 – as Sora looks up at his surroundings, shows this exact tower. It seems possible that both of these hints point towards Neku being in the next Kingdom Hearts game in a major way.

The Kingdom Hearts series has always been a wild ride, and these mysterious breadcrumbs that Nomura has left for us are part of the reason why we love the games so much. It’s an enigma, and it’s a fascinating exercise to try to decode it. Let’s hope these questions we have are answered sooner rather than later, but if a recent interview is to be believed, we have at least a year to wait for more news.

Next: There Will Never Be Another System Like The Wii 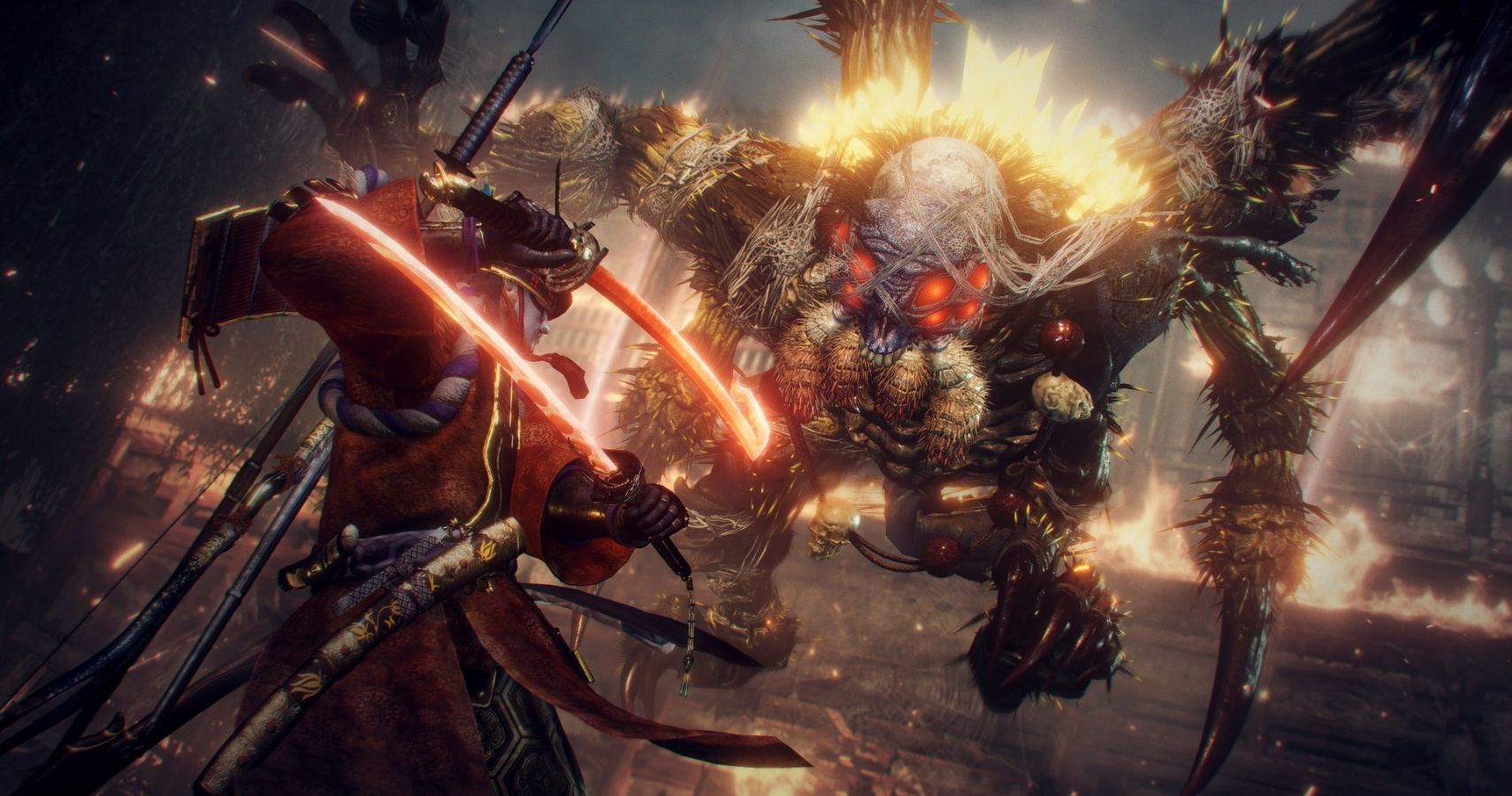