On March 24, 2000, Rockstar Games released a press release for a new racing game. No, it wasn't Midnight Club—it was Austin Powers: Mojo Rally, a kart racer based on Mike Myers' shagging-obsessed English spy. Set to launch exclusively for the Dreamcast in November the same year, Mojo Rally was being developed by Brighton-based Climax Studios. But it was unceremoniously cancelled, despite an enthusiastic pitch by Rockstar president and GTA executive producer Sam Houser. "The power of the Dreamcast will allow us to bring the world of Austin Powers to life in all its shagadelic glory," he said in the press release. "Mojo Rally will undoubtedly become the must-have party racing game on the Sega Dreamcast this year. It will be the grooviest racing game ever released."

"Visually and gameplay-wise, Mojo Rally is going to blow the opposition away," said executive producer Nick Baynes—now a studio head at Mafia: Definitive Edition developer Hangar 13—in a 2000 interview with IGN. "We have an extremely talented and experienced team here in Brighton, and the end product will make you very, very horny." That's quite a sell for a kart racing game, but the world was a very different place at the turn of the millennium. Austin Powers was massive, with the second film, The Spy Who Shagged Me, pulling in a cool $300 million at the box office—which is about $500 million today. You couldn't go five minutes without someone nearby doing a bad Austin Powers voice or the Dr. Evil pinky-to-mouth thing. It was a truly twisted time to be alive.

Mojo Rally sounded like a pretty typical kart racer, with power-ups and weapons accompanying Mario Kart-flavoured slapstick racing. But riffing on the time travel theme in The Spy Who Shagged Me, you would have been able to travel through time portals mid-race and appear in other locations, which sounded like a neat gimmick. There were 15 tracks planned, including the Las Vegas strip, Dr. Evil's volcano lair, swinging '60s London, and "a reduced gravity Moon level." Other features promised by Rockstar included random weather effects, split-screen multiplayer for 1-4 players, "a phenomenal physics engine", and "a breathtaking 640×480 pixel resolution that will fully exploit the psychedelic." According to another Q&A with Baynes for the now-defunct website Game Interviews, Mojo Rally's particular brand of kart racing would feel "as comfy as an old slipper, but as refreshing as a bucketful of ice down your trousers." He said it would have "depth as well as good looks" and feature power-ups including Fat Bastard tossing greasy chicken legs at other racers and Dr. Evil zapping them with a laser." The best part of this interview, however, is Baynes' description of the game's Mojo system. Apparently you would gradually fill your Mojo meter as you collected power-ups on the track and "when full, your vehicle gets very horny, baby, and temporarily benefits from improved speed and traction."

Rockstar also hired "an excellent funk band" (according to Baynes) to record over 70 minutes of original music for the game—which is presumably lying forgotten about in a vault somewhere, if it even still exists at all. The identity of the band has never been revealed. Apparently the game, whose engine was reportedly written entirely from scratch, was also going to make full use of "the 128-bit power of the Dreamcast", and was aiming for a solid 60fps—even in 4-player mode, which would have been something of a technical feat at the time. It's clear a lot of resources were poured into making Mojo Rally, not to mention securing the probably eye-wateringly expensive rights to the Austin Powers licence, which makes its abrupt cancellation especially intriguing.

So what killed Mojo Rally? According to some reports, the developers couldn't (perhaps unsurprisingly) make Austin Powers' humour work in the context of a kart racer—especially one rated E for everyone. "We won't be shagging and Fat Bastard might find himself being referred to in a very hushed voice," Baynes says in the IGN interview, suggesting that this was indeed a concern, despite him going on to say the game would still capture the films' sense of humour. Rockstar's press release even describes the character as "an overweight Scottish man born out of wedlock." Games weren't the only thing to struggle with his name either, with Fat Bastard's action figure being sold simply as Fat Man. Chasing an E rating, presumably to get more sales, was likely the first nail in its coffin. 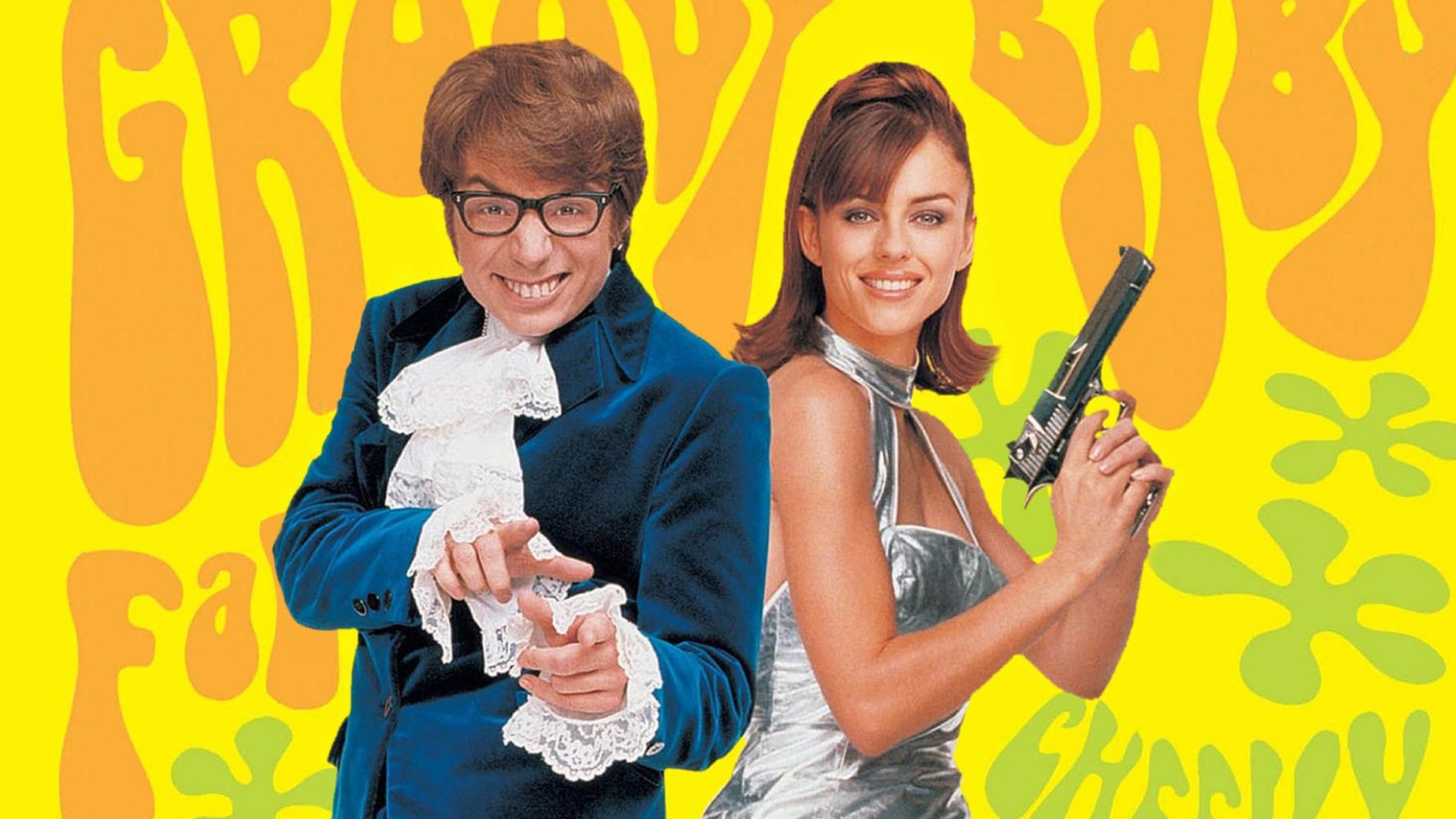 Another issue was the sheer volume of mostly terrible licensed kart racers being released in the late '90s and early 2000s. The market was saturated with games like Star Wars: Super Bombad Racing, South Park Rally, Disney World Quest: Magical Racing Tour, and Mickey's Speedway, and people were rightly getting tired of them. Similar to the current surge of platform fighters trying desperately to become the next Smash, these games were an attempt to piggyback on the success of Mario Kart. However, despite having heavyweight licenses like Star Wars and South Park, they were just fundamentally bad, half-baked games. Rockstar really couldn't have picked a worse time to launch a kart racer, and this was almost certainly one of the biggest factors in Mojo Rally's sudden demise.

Before its cancellation, Mojo Rally made a few brief appearances in the video games press. A half-page preview was printed in the June 2000 issue of DC-UK, an unofficial Dreamcast magazine, saying that while there are currently a lot of kart racers on the market, "the Austin Powers licence, and all the shagadelic opportunities that affords, should make Mojo Rally a groovy addition to the Dreamcast's selection of race-'em-ups." The general tone of the preview is quite dismissive, however—reflecting the general malaise surrounding the genre at the time. That was about the extent of its preview coverage. Mojo Rally mostly appears in release date listings, with a November launch that never happened. It wasn't heavily promoted, perhaps suggesting a lack of faith behind the scenes.

Looking at Dreamcast newsgroup posts from around the time of the game's announcement, the reaction was mixed to say the least. "These games are a perfect example of what game developers will do for money," wrote one user, Bengk, on March 23, 2000, the day Rockstar posted its press release. "What a stupid ass game." Benjamin, however, was more positive. "I think it's original enough. There's no goofy kart racing game on the Dreamcast, so it has a niche to fill." As for user Morten Rath, posting on March 28, 2000, he says, simply, "May Austin Powers suffocate in vomit." Most other mentions of Mojo Rally on these groups are from people posting lists of upcoming releases to prove to the naysayers that the DC wasn't a doomed console. Sorry, guys. We appreciate your service. 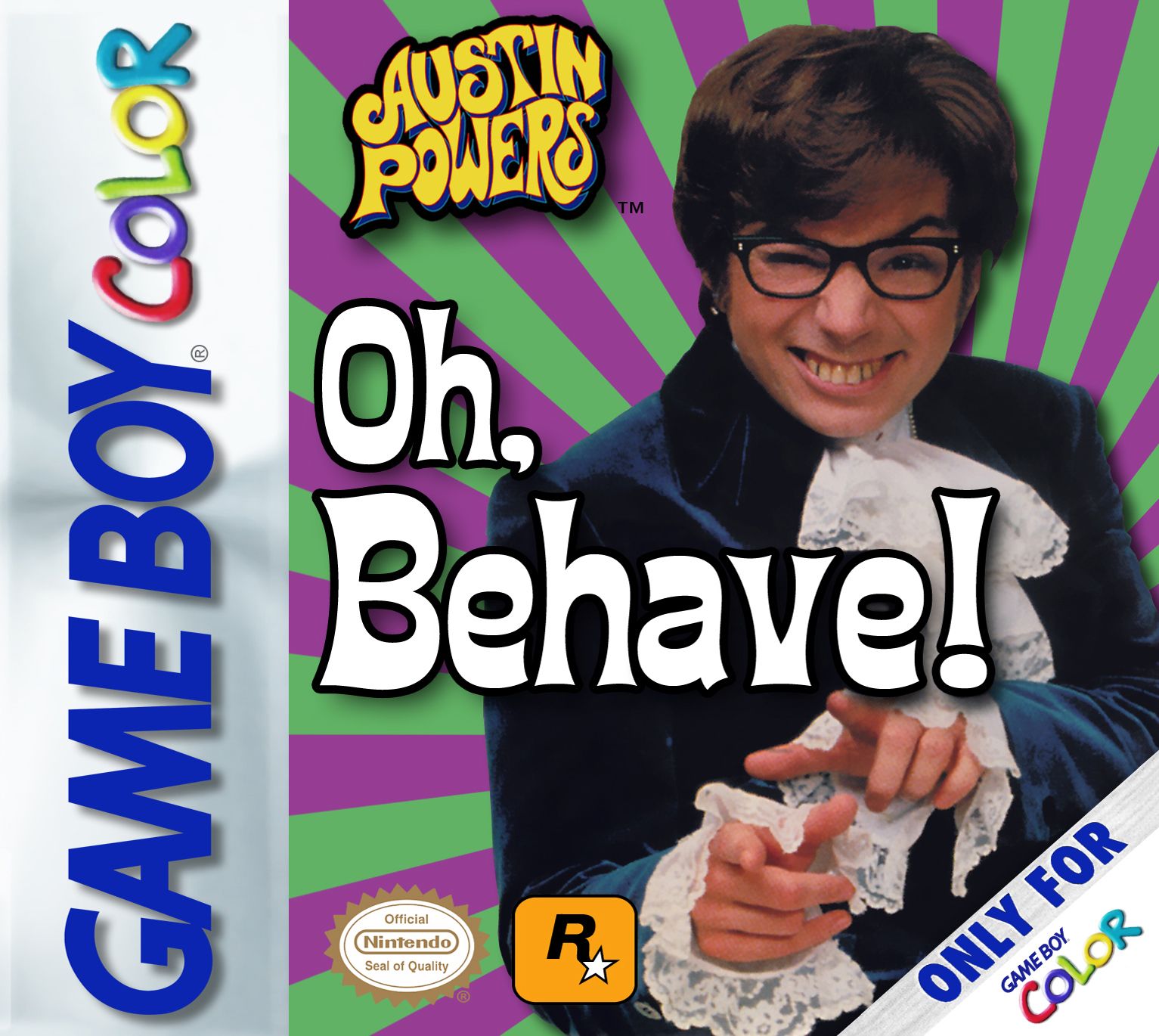 Sadly, no screenshots or video footage of Mojo Rally exist—nor have any video game archivists managed to get their hands on a playable prototype. The only evidence we have, besides the press release and media coverage, is a series of renders of various characters and their karts. These include Austin himself in his trademark Shaguar, Frau Farbissina riding a tank, Fat Bastard on a motorcycle, and Dr. Evil driving a motorised version of the chair from his evil lair. There's actually something quite charming about the art style and its mix of digitised faces, oversized heads, and low-poly models. As for where these images came from, they've been shared so many times (usually by people stunned an Austin Powers kart racer ever existed) that the original source has long since been lost.

According to a tweet by Xbox co-creator Seamus Blackley, Sam Houser pitched Microsoft a few games for potential release on the new console—including something called Grand Theft Auto 3 that Houser seemed to have little faith in, and that the Xbox people passed on. Oops. Another game, however, was apparently more exciting. "The exciting game he was pushing?" Blackley tweeted. "Austin Powers. True story." Now, I don't know for sure that this was Mojo Rally, but it certainly sounds like it could have been. The Xbox launched in 2001, so the timing lines up. Now imagine a world where GTA 3 was never released, and never completely transformed the industry, but Austin Powers: Mojo Rally made it to release instead. How different things could have been.

Rockstar did, however, release an Austin Powers game in 2000. Two, in fact, for the Game Boy Color. Austin Powers: Oh Behave! was a collection of minigames including Pac-Man rip-off Mojo Maze, a side-scrolling platformer, and a vaguely themed version of the boardgame Othello. The other, Austin Powers: Welcome to My Underground Lair, was basically the same, but focused more on the character of Dr. Evil. Both were developed by Tarantula Studios, who now handles quality assurance for Rockstar projects under the name Rockstar Lincoln. There was also an abysmal Austin Powers pinball game released for the original PlayStation, but Rockstar wasn't involved in that one. Considering its popularity, there weren't as many Austin Powers games in the '00s as you might think.

It's always fascinating reading about cancelled video games, and Austin Powers: Mojo Rally is a particularly compelling example—made more so by the lack of information available online, and the complete absence of any verifiable in-game footage. If you like these kinds of stories, The Games That Weren't by Bitmap Books is a hefty compendium of other games that never made it to release. (They didn't pay me to say that, it's just a great book.) Somewhere out there an early prototype of Mojo Rally might exist on a dusty old unmarked CD-ROM in a drawer, and I really hope someone finds it and releases it online. With most cancelled games you understand why they were killed off, but I sincerely think this could have been amazing. I guess we'll never know, which is decidedly unshagadelic.