Here at Polygon we’ve really enjoyed Tom Clancy’s The Division 2, racking up hundreds of hours in the game as a staff. It’s an incredible technical achievement, one that vastly improves on the rocky launch of the 2016 original. Moving and fighting in the world feels extraordinary, and the environments more than live up to Ubisoft’s other legendary open-world titles. But the narrative in this game is a mess.

After diving deeply into the lore of the original, Cass Marshall and Charlie Hall hit the ground running in Washington, D.C., with the goal to scoop up every bit of information they could find. Now that they’ve completed the main campaign, they’re left with more questions than answers.

The Division 2 mines Washington for set-pieces

Charlie: I played a ton of Tom Clancy’s The Division. I love its methodical, tactical take on classic cover-based shooting. In that game, the missions stood apart from the open-world environments, which largely blurred together into a generic New York City movie set.

With The Division 2, Ubisoft has really improved on its environmental design. There are so many grand locations throughout Washington. Where’s your favorite place to have a gunfight in our nation’s capital, Cass?

Cass: It’s difficult to choose! There are so many stunning set-pieces in this game. I think my absolute favorite has to be the planetarium, where the domed screen displaying the majesty of our galaxy is slowly torn open by True Sons.

Charlie: What was surprising to me, however, is how little the locations themselves matter to the narrative of the game. Take the three final engagements in the third act. The settings themselves look extraordinary and are completely different from each other. But if I toss them up in the air, it makes little to no difference narratively if I fight the Outcasts in the Capitol building or the True Sons on Roosevelt Island. The factions themselves aren’t really connected to the environments, which serve as little more than backdrops. 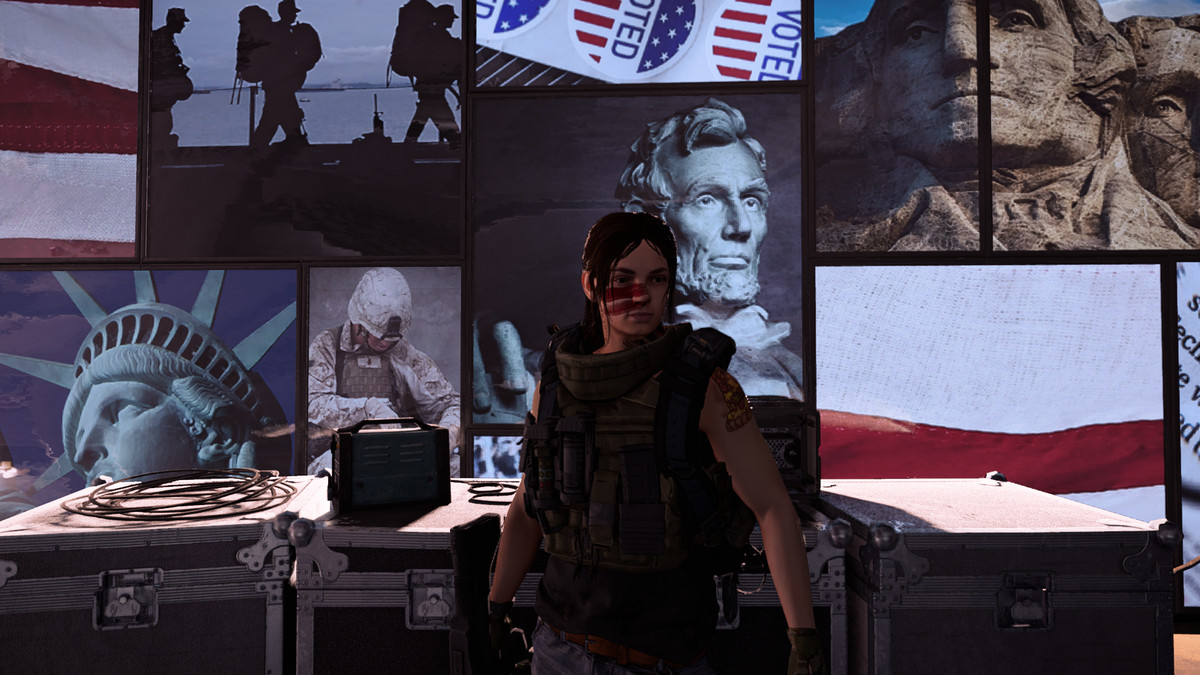 The Native American and First Nations museum; the stand-ins for the World Bank and the Smithsonian; NASA headquarters, with the giant pool and the simulated International Space Station — they’re all gorgeous. But, narratively, they’re just beautiful places to shoot guns.

Only rarely does the game ask me to engage with the history or the symbolism of these places. Often it feels like I’m just storming another set of barricades to pile up the enemy dead wherever there’s room.

Another recurring theme is that none of these buildings are really important to the country’s future. I’m here to retrieve a bit of tech, perhaps. Or I’m on a mission to kill someone hiding out here. The trappings of the environments are unimportant. Later in the game, it almost seems like the writers want to ram that point home by taking me just below the surface of Washington, showing that everything at street level is just this thin veneer on top of the greasy, filthy gubbins that actually keep the city itself alive.

Trying to pinpoint the actual story of The Division 2

Cass: The core thesis of The Division 2 seems to be that we are rebuilding America, and the evolution of the settlements highlight our successes. But ultimately, the further you get into the game, the more obvious it is that the city can never really be rebuilt in any meaningful sense — because that would mean an end to shooting enemies and making the flickering numbers over their heads go up.

These problems were less apparent in the first Division game. We were in the immediate aftermath of a crisis and all the gunplay felt justified, to an extent. But The Division 2 takes place seven months later, and the premise doesn’t work as well. Even moving through a settlement can be a little jarring, thanks to all the NPCs thanking me and relentlessly praising me. In response, I can only turn and half-jog away.

My agent is just a vehicle to interact with characters like Kelso and Ortega, but they don’t evolve at all! I fully expected some kind of plot twist, like being betrayed by Kelso, but instead the game just points me toward the next building full of people to shoot. Forever.

Charlie: I absolutely thought that Kelso was in cahoots with President Ellis there at the end. The way she shows up late in one of the last missions, just sort of shuffling into the middle of a gunfight: “Oh, sorry. I had a thing. I’m here now, though. It’s cool. Got a spare mag?”

Perhaps they’re telegraphing something later on with her. It’s honestly hard to say.

Overall, though, that final act felt like a rush job. I put down the entirely forgettable general leading the True Sons, made my way back to the front of the Capitol, and … nothing happened. I hit the inventory button to take a selfie with the in-game camera, and then it literally cut me off mid-screencap to do this weird jump cut to what passes for an ending cutscene. And it’s just the four main characters sort of standing there silently, setting off some fireworks.

Were their faces somber because of all the people that they’d lost? Were they supposed to be having deep feelings about what it means to be an American? Or were they just blank-faced because not enough attention was paid to giving them actual character arcs of any kind?

And then Black Tusk comes out of nowhere to occupy the city. There’s an introduction of this super-powered, super-ominous new faction, and the only explanation I got was a few lines in a tutorial menu.

I honestly thought that I had broken the mission or hit a bug. That’s how abrupt the ending felt to me.

Cass: I think part of the reason this stuff is so jarring is because The Division 2 is such an unrelentingly competent game. The audio recordings and echoes are hit and miss, but the found footage is all compelling and incredibly well done.

Charlie: I have to disagree with you on the collectibles. They felt a lot less meaningful and interesting to me this time around. I think they’re asked to carry too much of the game’s narrative weight. There was an absence and a feeling of loss in New York City, and a lot of the collectibles in The Division helped to fill that vacuum in with human drama and personal frailty. I went into The Division 2 expecting more of that. What I got instead was a series of items and experiences being used as the plot summary of a bad techno-thriller. Several echoes actually lace together this elaborate conspiracy, this ham-fisted attempt to take over the country that should have never worked. And yet it did.

Big spoilers, but: It turns out that some shadowy figure took advantage of the Dollar Flu to seize control of the government. It did so by bankrolling a small group of Black Tusk operatives to stir up chaos behind the scenes in Washington. It was Black Tusk that paid off the Secret Service to assassinate the president. And later, it was Black Tusk that swooped in when things began to stabilize around his successor. This isn’t particularly deep or compelling.

But why would the game want to undermine you like that so casually, so awkwardly? Either ask me to make the big heel turn or don’t, but don’t beat around the bush like this.

The Division 2 is a political game that’s ‘not political’

Cass: Then there’s the fact that the entire story is just loaded with political imagery. A museum exhibit that replicates fighting through Vietnam! The entire intro monologue! The broken television screens of American imagery! I’m a Canadian, so some of this might have flown over my head, but gosh, this game has a lot to say. Well, not say. More like frantically point at.

At one point, I got a bounty to kill a True Son named Jefferson who is capturing civilians as a tribute to his forefather Thomas Jefferson, who kept actual slaves. The tagline is that I need to end his forefather’s legacy of slavery. 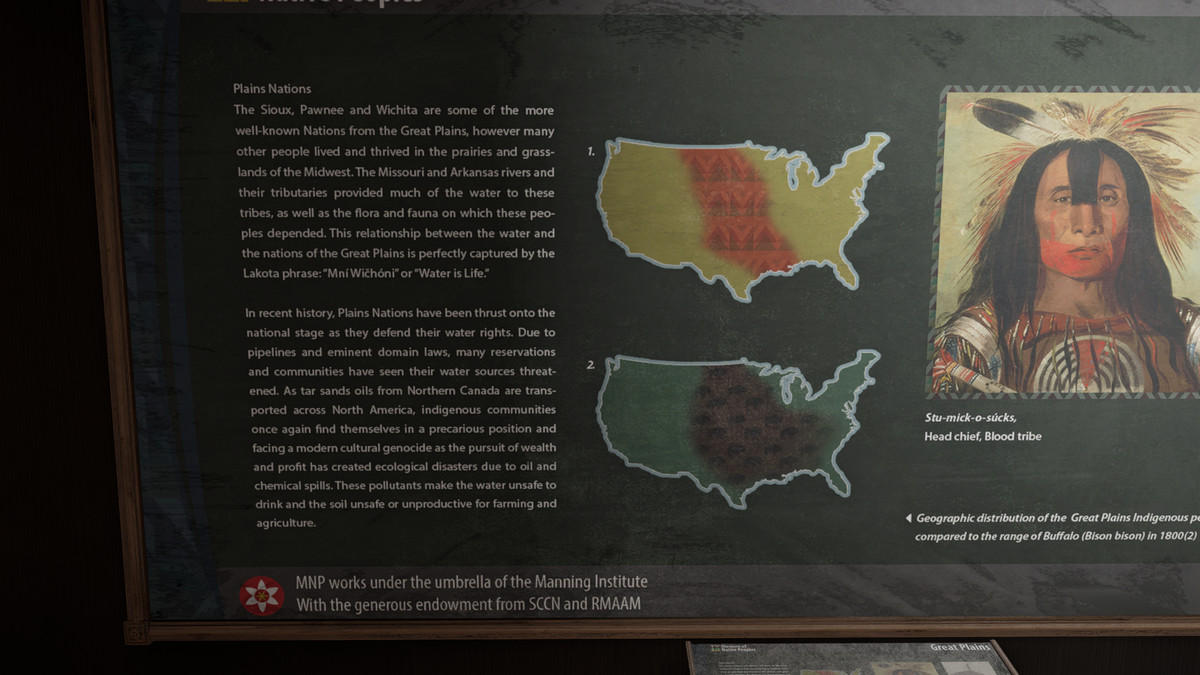 Did you find this? And did you stop to read it?
Massive Entertainment/Ubisoft via Polygon

So, I’m being told that the Founding Fathers are bad, and that they did bad things that need to be atoned for. But then The Division 2 sends me to reclaim the Declaration of Independence, which Jefferson drafted, and waxes about how it’s an artifact that’s important to the people.

Later on, a museum display explains that there’s a modern cultural genocide going on around the First Nations people. That’s a very poignant, heavy thought that is in the game, but it’s utterly missable; I wouldn’t be surprised if most players ran right past that sign to pick up a sweet purple item.

The game tends to throw ideas out there and then not follow up on them. Sometimes, those ideas contradict each other. Sometimes, they would have made for a far more interesting story if the developers had followed up on them … but they end up feeling scattershot and left behind.

This isn’t a problem that’s specific to The Division 2; every game-as-a-service title has to deal with the constant hunger for “content.” Instead of digesting the base experience, players tend to look ahead to the next one. I hope we see Massive Entertainment shoring up the base game, and reworking or expanding on some of these narrative elements. I suspect that won’t be the case, but we can hope. 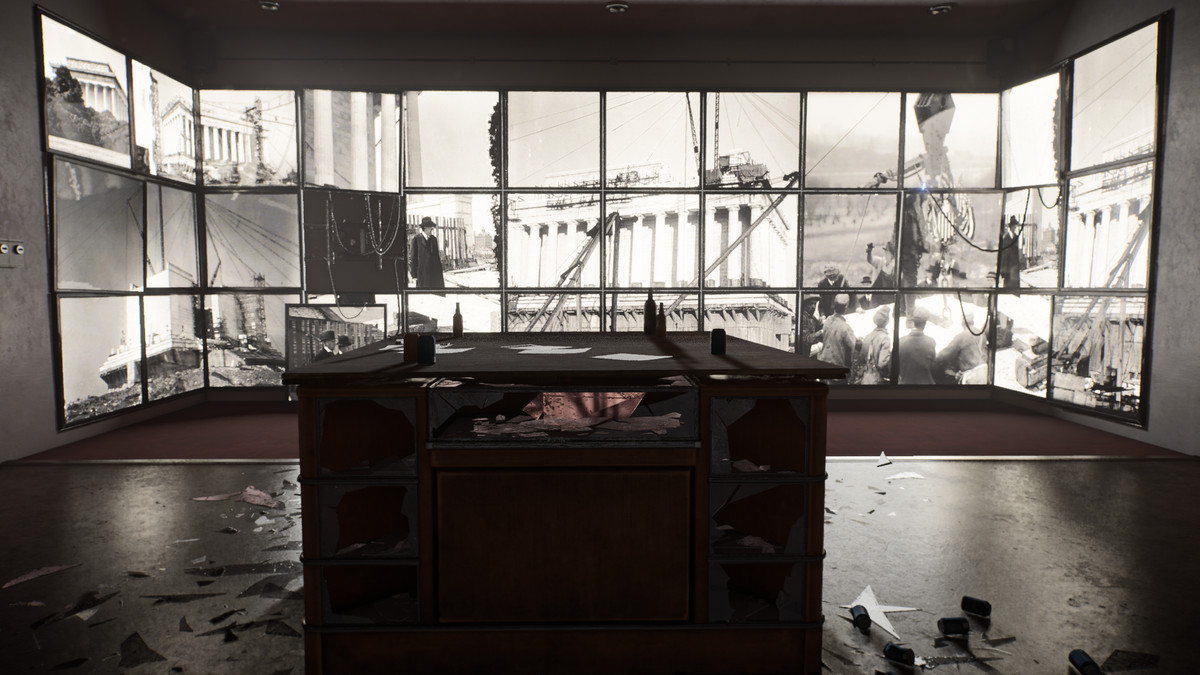 Charlie: Agreed. When I think about “content,” I think of story in addition to gameplay. But if the past is any precedent for this series, then I really shouldn’t expect much in the way of narrative to be coming down the pike. I don’t expect anything to be done to move the storyline of these characters and this city forward. I’d love to be proven wrong.

What’s more likely is that we’ll get a new selection of guns. We’ll get a new collection of branded gear sets. If there’s any messaging that I’m walking away from The Division 2 with, it’s that our nation’s seat of power is just a beautiful, empty playground for modern gun culture, a place where niche brands like 5.11 and SilencerCo can feel right at home next to entirely fictional ones, and that most people can’t even tell the difference between the two.

I love the gameplay in The Division 2. I think it’s excellent and I’m excited for more of it. But it’s incredibly ironic to me that the only thing that’s changed in Washington after 50 hours of the main campaign is that the killing power of all the weapons in the game has increased exponentially.

I don’t see myself putting the game aside anytime soon. I’m looking forward to the level 30-plus gameplay. But I wanted a more interesting, coherent narrative — in addition to the gameplay incentives — to keep me grinding away.