I used to be in a band in Second Life. We were called The Pipestons (don't ask me why), and we were terrible. We had a full-size festival stage that we could conjure up out of thin air, and we'd put on gigs, drawing in crowds of curious onlookers, trolls, griefers, hecklers, and even a few fans that became regulars at our shows. This all sounds very impressive, but when we took to the stage, the sound we made could barely be described as music. I had a keyboard that looped the synth riff from Love Will Tear Us Apart by Joy Division. Another band member had an electric guitar that played the same handful of tuneless licks over and over again. Someone else had a shrill, high-pitched trumpet that drowned the rest of us out.

It was barely listenable, but it was funny, and that was really at the heart of what made Second Life so special. People would storm the stage, fire rocket launchers at us, and even take out their own instruments and add to the sonic cacophony. The average Pipestons concert lasted about 15 minutes, before the sheer volume of players, explosions, and particle effects made my shitty laptop overheat and crash. It's the most fun I've ever had on the internet, and no online game (if you can even call this thing a game) has made me laugh as hard or as frequently. We sucked, and a lot of people just found us irritating, but boy did we enjoy ourselves.

I haven't played Second Life for years, but in the early 2000s it was magnificent. Pretty much everything you saw was created by players—including our stage, which I built myself. As you explored this impossibly vast virtual world, every parcel of land you visited was a glimpse into the depths of its owner's mind. Detailed replicas of Star Trek ships, medieval villages, weird sex dungeons, crowded nightclubs, accurate recreations of real-world cities, tropical islands—anything you could imagine was probably in Second Life somewhere. Some of it was highly unsettling, and I stumbled into some truly strange places during my many late night sessions, but that was all part of its charm. 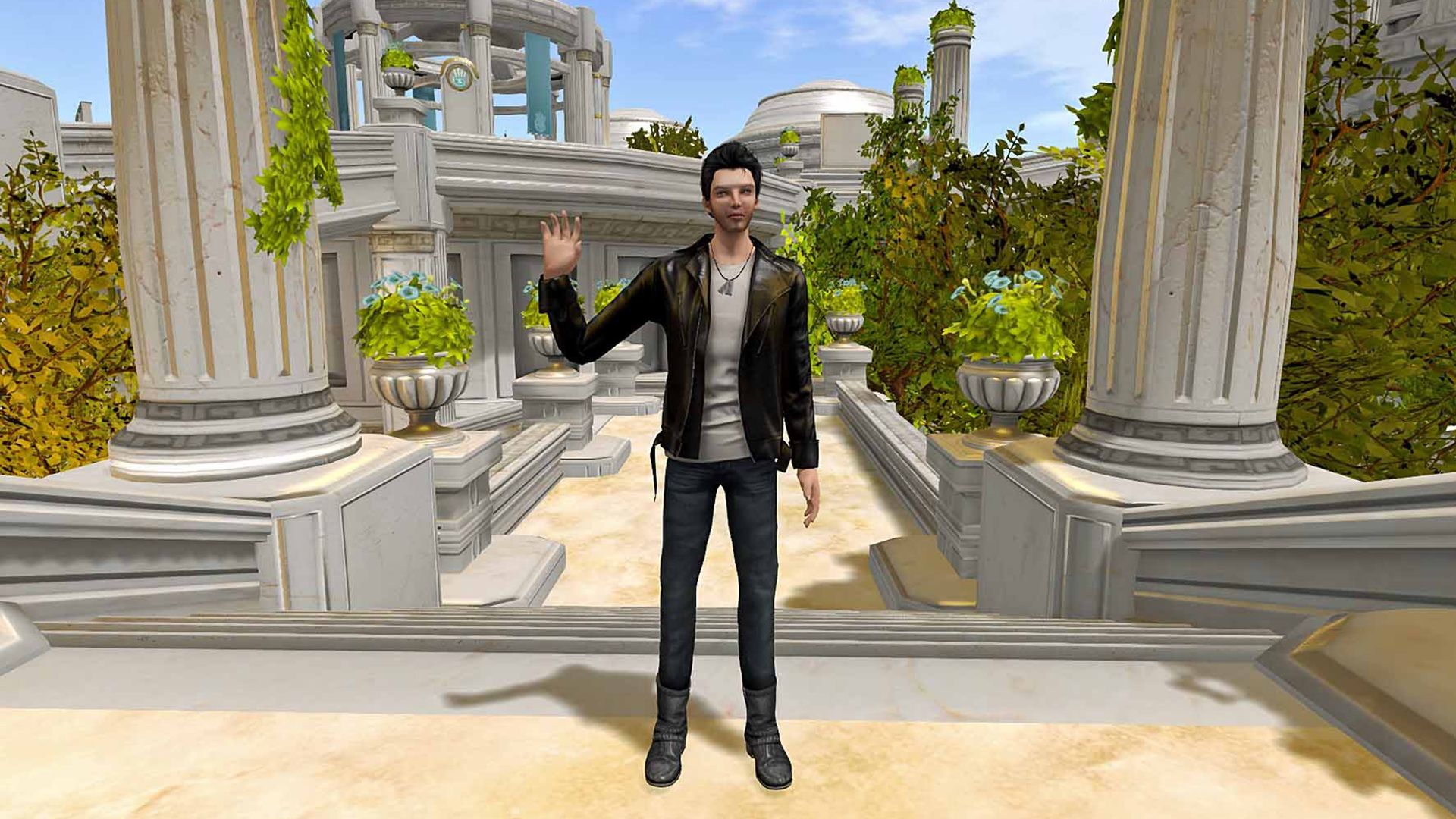 Second Life was an incredibly powerful platform for free expression. The main hubs were monitored by the game's creators, but on the fringes of the map, anything went. It was like a wild, lawless frontier, where copyright infringement was a way of life. I used to ride around on a Harley-Davidson dressed as a Cylon from Battlestar Galactica. Pretty much everyone I knew owned a lightsaber. In every bar and club you visited, people were streaming the latest chart hits, almost certainly without permission. The creativity and imagination on display in Second Life was incredible, and it thrived because there were no limits, no automated copyright strikes, and no brands battling users to protect their precious IP.

This is why the modern idea of 'the metaverse', in whatever form it takes, will suck. Especially if an organisation like Facebook (sorry, Meta) is in charge of it. Unlike the anarchic, ungovernable glory days of Second Life, these new virtual worlds will be heavily sanitised and policed—and completely soulless as a result. People will be free to express themselves, until that expression damages the image of a brand, infringes on an intellectual property, or is otherwise deemed unsavoury by the corporate overlords running the place. If our band ever reformed, that Joy Division synth sample would probably alert the automated copyright detection algorithm before the first loop has even finished. 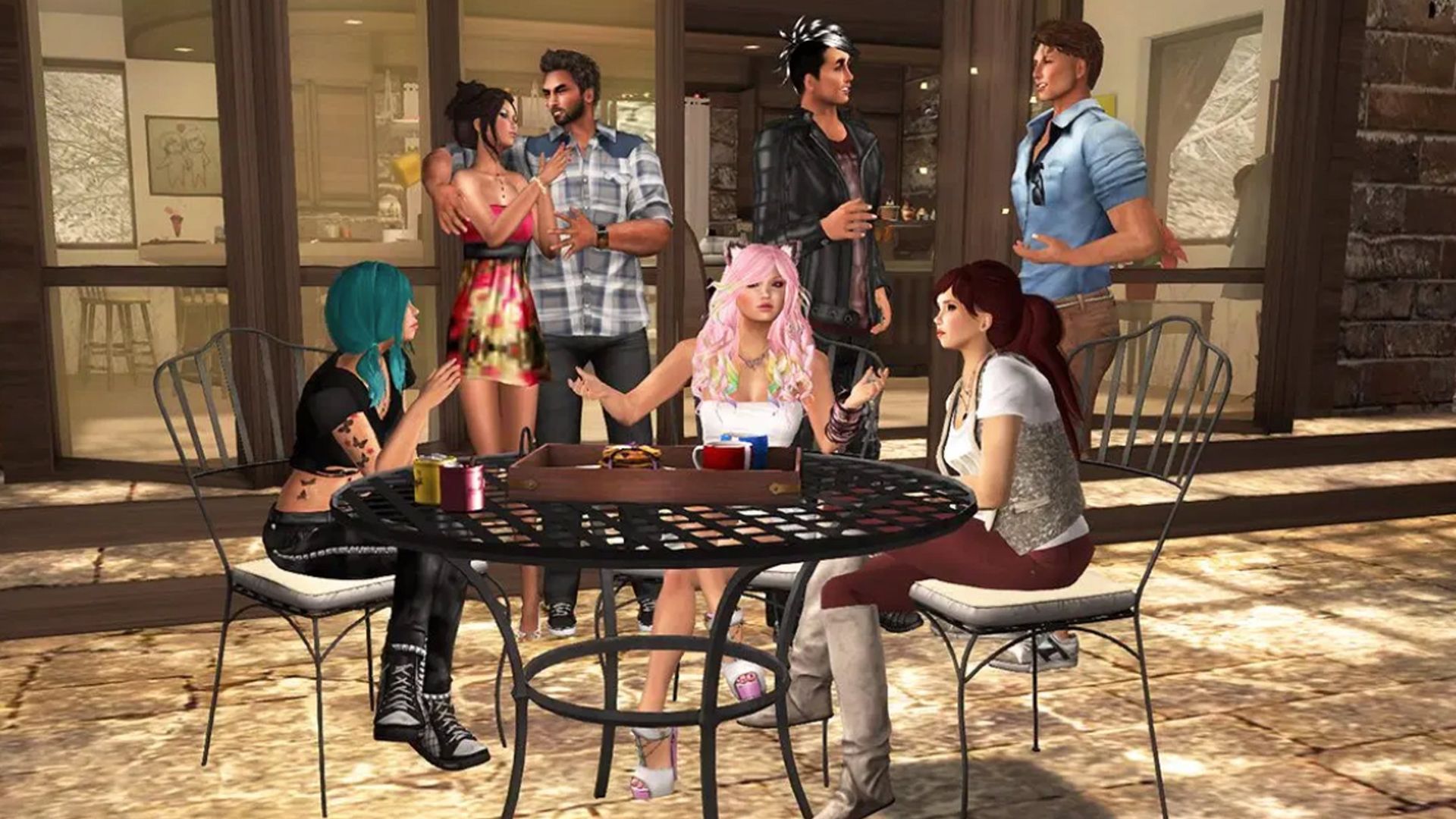 It'll be harder to be a dick too. Second Life was rife with griefing, which for me only added to its appeal—although, admittedly, I was often the one doing the griefing. I vividly remember the night when someone gave me a gun that, when fired at someone, trapped them in a cage and launched them miles into the air. I knew it was bad and felt appropriately guilty afterwards, but finding a crowded club whose owners foolishly forgot to disable custom objects, then sending half the dancefloor into the stratosphere, was hilarious. But I'd be amazed if Meta's virtual world let players get away with this kind of disruptive behaviour—never mind using rogue, player-created tools like that cage gun.

Companies pushing 'the metaverse' try to paint it as an exciting new frontier of communication. But let's be real: they just know there's money to be made, whether it's through brand sponsorships or NFTs. Pure, unbridled capitalism will course through every line of code in these worlds as corporations look for new ways to squeeze money out of people. The only hope for the concept is a metaverse driven entirely by players, where people are free to create anything they want, and express themselves without scrutiny from a higher power. That's the future—not walking through Zuckerberg Plaza, head bowed, hoping that passing Meta Cop doesn't bust you for saying something nasty about Coca-Cola.