Early on in The Outer Worlds, you’ll need to make a tough choice for the city of Edgewater: Help hypochondriac Martin Abernathy, or trust Esther to give medicine to the town. You’ll likely pick up this quest during the A Small Grave Matter task from Silas.

Here’s how you find the experimental anthrocillin, and what happens when you give it to Esther instead of Abernathy, or vice versa.

Picking up the quest

To first get the quest, you need to talk to Martin Abernathy in his home near the Saltuna Cannery. When you talk to Martin, he’ll tell you he’s dying of what he suspects to be the plague. Tell him you’ll help him find some medicine, and walk out the front door. When you hit his porch, you’ll hear a woman telling you you’re making a mistake.

Turn left and you’ll find Esther looming nearby. Talk to her and she’ll explain that Martin is a known hypochondriac, meaning he has a serious fear of getting sick … even if he doesn’t have any illnesses at all. Esther wants to give the medicine to the town.

You have a decision to make, but you’ll need to actually get the medicine first.

Retrieve the cache of medicine 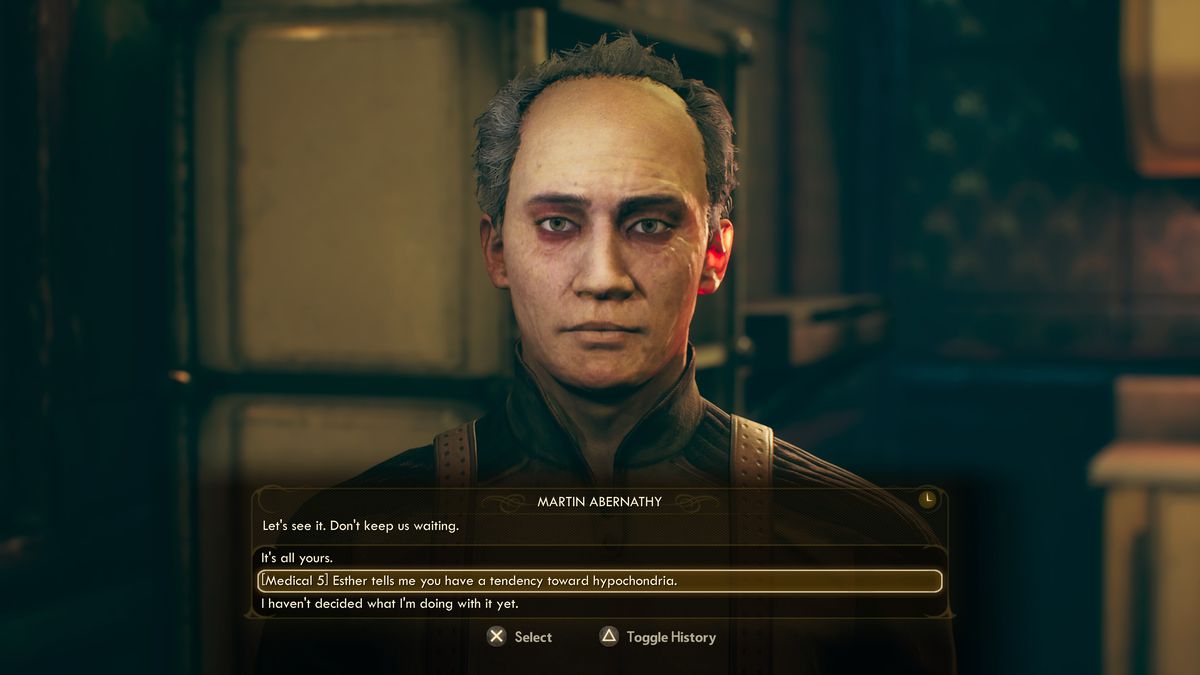 Back in Edgewater, you now have to make your choice. Do you give the medicine to Abernathy or Esther? The good news is we know what happens when you pick either of them. Keep in mind that if you missed talking to Esther before, she’s still there next to Abernathy’s house, and is more than happy to offer you payment.

As far as we’ve been able to tell, there are no further implications to this choice. Go with you gut, and move on to the next quest.