It’s a known fact that a witcher’s mutations render them unable to reproduce. However, the famous white wolf, Geralt of Rivia, may have found a way to reverse his sterility, albeit inadvertently. 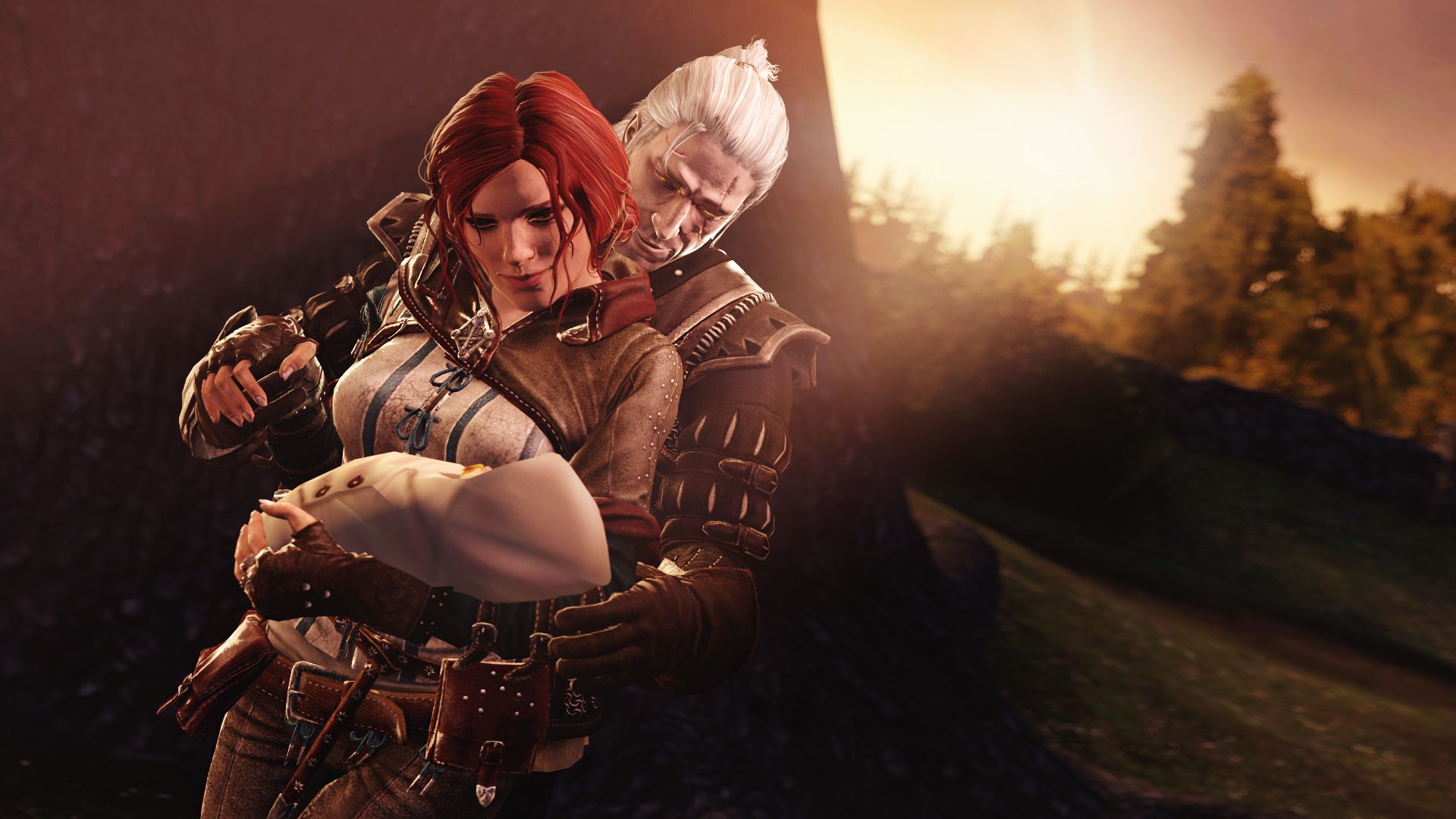 The possibility of this reversal stems from a choice Geralt can make in The Witcher 2, whether or not to drink an unidentified potion as part of an experiment. If he decided to drink said alchemical brew, Geralt might later come across a letter in The Witcher 3 regarding the development of the field test, of which he is now the test subject.

Some prerequisites must be met for this letter to appear, however. Namely, an imported save of The Witcher 2 with the corresponding quest having been completed. Even if you choose to emulate a Witcher 2 save, the choice to take part in this experiment is not reconstructed by the interrogation in Vizima at the start of The Witcher 3.

The quest in The Witcher 2 is only activated after Geralt is assaulted by a couple of thugs in Flotsam. Once Geralt has dealt with the ruffians, you’ll hear two nearby chaps whispering not so inconspicuously about Geralt. One looks like a peasant, while the other seems to be some sort of professor.

The dialogue between the two leads with “Here comes the witcher, think he’ll agree?” then more unsure muttering and a snippet about Geralt being the ideal candidate. Interacting with this pair will reveal their wish to test an uncertified alchemical substance on Geralt.

They don’t explain the experiment or the potion’s effects but divulge it will be a long-term trial run, telling Geralt to find them in Vizima in a year or two in order for them to examine him. They also ask him to keep a journal to document the research but don’t seem to expect him to fulfill that part of the arrangement. If Geralt agrees to participate, then he takes the potion, and that’s that, quest complete.

Where To Find The Note

Fast-forward roughly six months to the events of The Witcher 3, and Geralt may stumble upon a letter while in Oxenfurt. From Oxenfurt’s Western Gate, head south (right from the gate) and cross the bridge. Go until you reach the statue of a man wearing a beret, sitting with his elbow on his knee, fist to cheek, and holding an apple in his other hand. There, using his witcher senses, Geralt will find a letter titled: “Witcher experimentations – cont.” will be lying at the statue’s base. 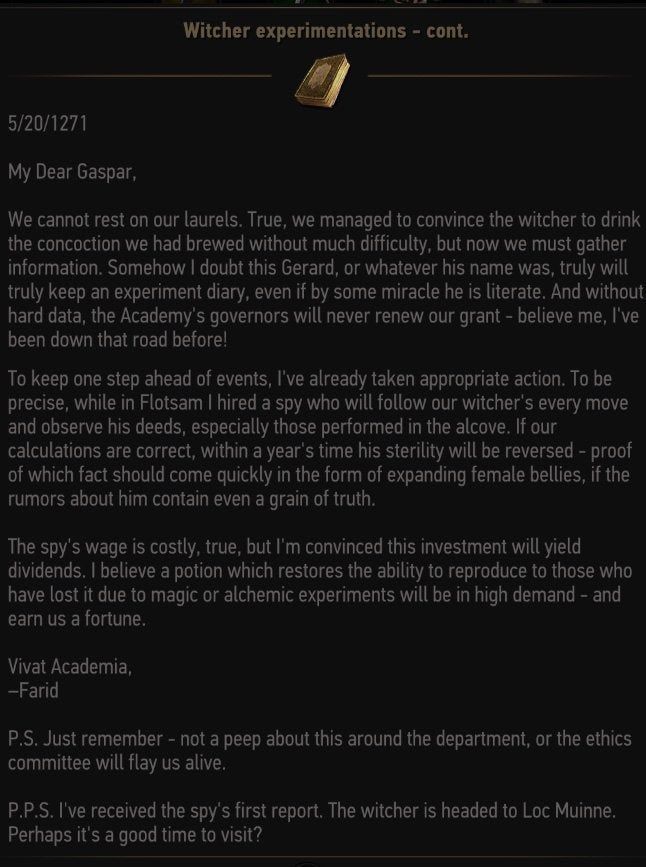 The potion appears to be a remedy specifically for those who’ve lost the ability to reproduce through magic or alchemical mutations, which is great news for Yennefer if the concoction proves successful. However, the potion’s effects don’t carry over to his partners unless they were to drink it themselves. Unfortunately, this means there is still no hope of making little Geralts with his possible end game romances.

The letter is dated towards the end of events in The Witcher 2. It states if the experiment is successful, Geralt should be able to reproduce again within the year, meaning he potentially already is. This revelation will certainly have Geralt scrutinizing any recent exploits in the Passiflora and other similar establishments.