In a recent statement from the ESRB explaining Assassin’s Creed: Valhalla’s ‘M for Mature’ rating, we learned that “magic mushrooms” exist within the upcoming game. Based on that, and some historical Viking evidence, there’s a chance that these shrooms might even have an impact on in-game combat.

The ESRB explained that Valhalla’s main character “consumes mushrooms” and “inhales mushroom-based fumes”, which then leads to the screen becoming distorted and changing colors, alluding to some sort of psychological effect. It’s not the first time an Assassin’s Creed game has included drug use, which is why the franchise has always held an ‘M’ rating. 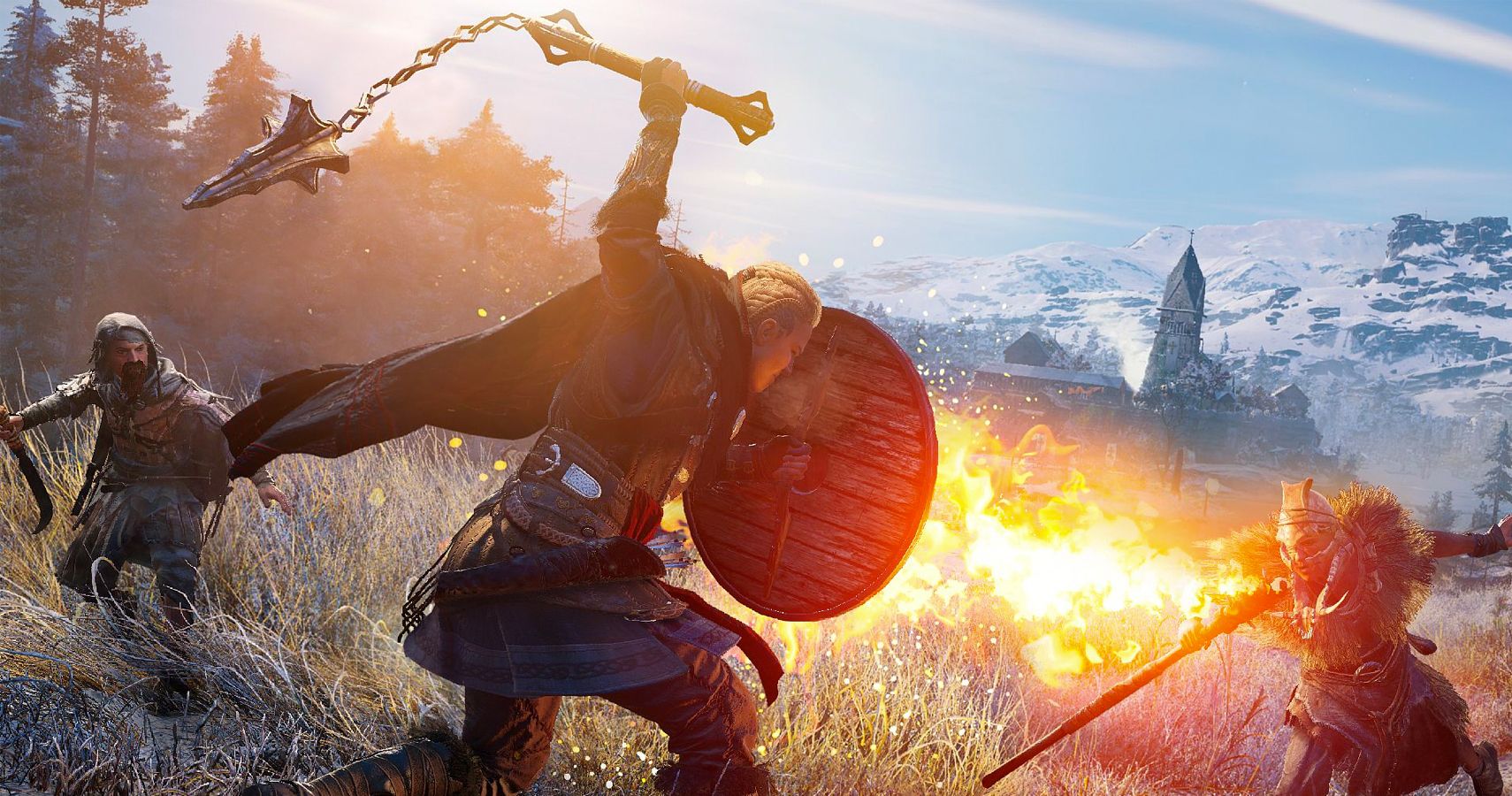 Like much of the content you’ll find in an Assassin’s Creed game though, there is likely some historical accuracy to this practice. After all, drugs weren’t invented in the last one hundred years. On top of that, some historical evidence might even suggest that some form of mushroom was consumed by Vikings just prior to a battle.

An especially terrifying class of Viking warrior, known as berserkers, gained their reputation for being especially murderous, aggressive, and absolutely out of their minds. These warriors would often rush into combat shirtless or with nothing on at all, and now experts believe that they weren’t necessarily doing this sober.

According to a new study, many of these warriors were high on a psychedelic tea that encouraged their wild behavior. Berserkers more than likely did this on purpose, giving them a crazed rush of adrenaline before facing their opponents. It also probably distracted them from the very real possibility of death.

Based on Assassin’s Creed’s reputation of historical representation, and the fact that we now know mushrooms exist in the game, there’s a real chance that players will be able to take on the role of a berserker (or at least face one in battle).  We know that Ubisoft is already going to include historically accurate Viking rap battles, so this might not be the biggest stretch.

Either way, we’ll know for sure in just a few short months. Assassin’s Creed: Valhalla is due out on November 17, and you’ll be able to pick it up for Xbox One, Xbox Series X, PS4, PS5, PC, and Google Stadia.