I remember watching Titanic on VHS when the movie was released on two separate cassettes. What a wild ride it was to watch James Cameron’s interpretation of such a tragic event play out right in front of my eyes. I didn’t necessarily buy into the then-hype of the movie being one of the greatest of all time, but I did find myself fascinated with learning more about the giant ship that now sits dormant at the bottom of the ocean. Documentaries, books, and even video games that allowed you to walk throughout the ship… I was sopping up anything I could find that was even remotely related to the Titanic. It’s safe to say, however, that I never would have considered the ship’s sinking to inspire a tabletop game.

Here were are though, as Spinmaster has brought a physical version of the film to my dining room table, letting me live out the final moments of the grand ship’s maiden (and only) voyage. There’s a lot that goes into the setup and actual gameplay, but the fun-factor in Titanic The Game does just enough to keep it afloat. 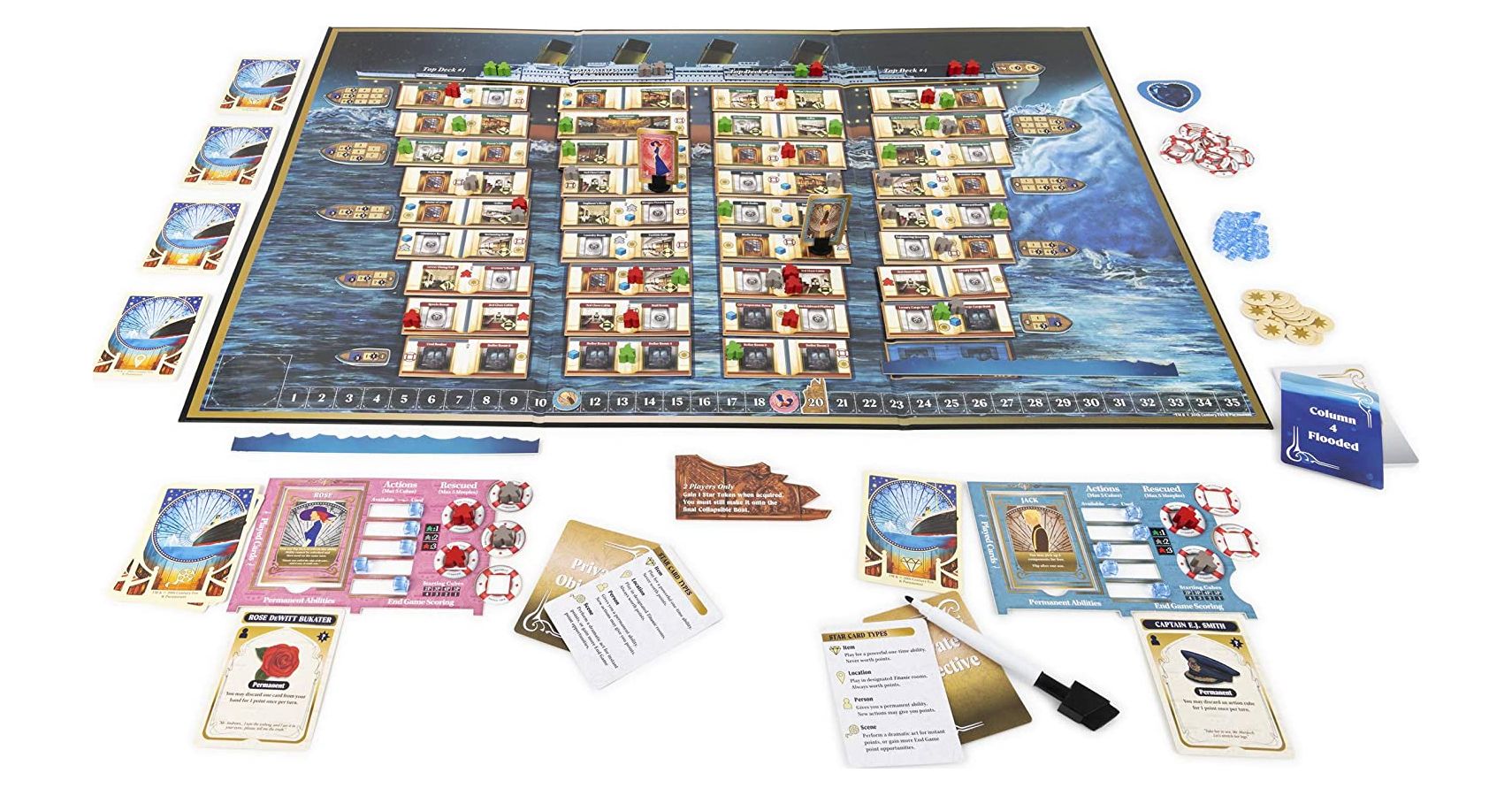 In Titanic The Game—besides successfully escaping from the sinking ship—your goal is to collect as many points as you can while you make your way through the rooms of each level before they flood. This can be achieved through a variety of means, such as saving passengers and completing actions on Star Cards, which include things like singing lines from Celine Dion’s “My Heart Will Go On” or drawing sketches of other players. First comes the board game’s setup, though—a process that doesn’t take quite as long as it did to build the ship itself, but one that feels pretty close to it.

The setup for playing Titanic The Game is dreadfully long. There are a lot of pieces, such as Meeples and Star Tokens, that need to be established on the board before beginning to play. As items are interacted with—such as a Meeple being rescued—the physical pieces are removed from the board with the printed icon getting crossed off with the provided dry erase marker to indicate it’s no longer available. Despite setup taking a long time, the game board itself looks great, especially as the rooms below begin to flood as the game goes on. 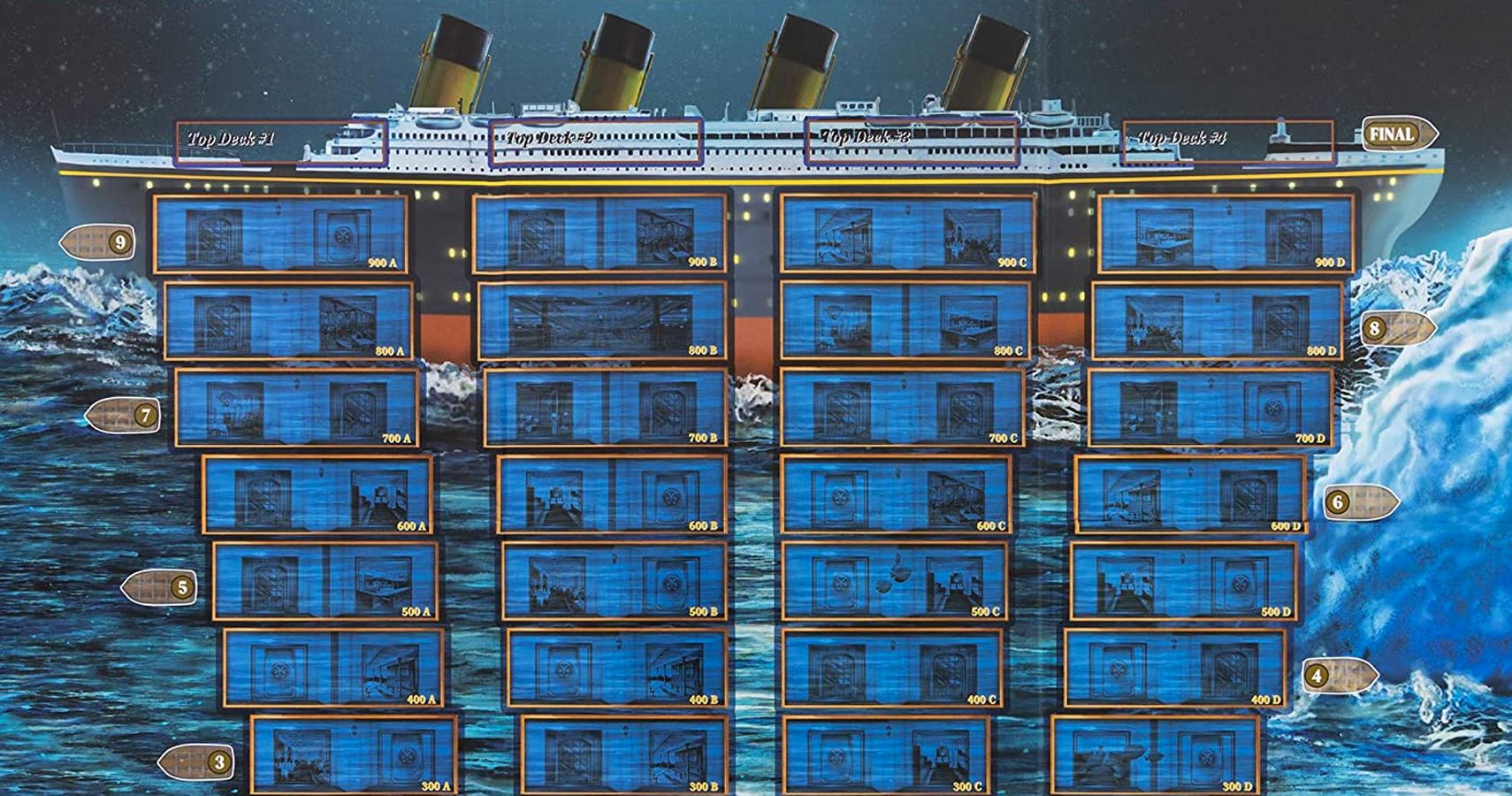 Each area of the ship has its own corresponding card showing what is available in each room. As the levels begin to flood (during the Flood Phases of each round), the card is removed from the board, showing off an ice-cold, water-filled room. You can technically still visit these rooms to snag any missed items, but doing so puts you at risk of getting caught in the flood. If your character—ranging from Jack to Rose and even the ship’s captain—gets caught in a completely flooded level, you’ll lose points before being moved up to the dryer decks. Additionally, once a level floods, any lifeboats on that level will launch, regardless of whether or not it contains any Meeples. Your goal is to make it to the inflatable raft located on the very top deck.

Essentially, it’s a race against time. You’re awarded up to a handful of actions that can take place during your turn, be it moving into accessible areas, saving passengers, or using Star Cards. You just need to be mindful of where and when the waterline will rise. Of course, the game also includes some of the iconic props from the film, such as a Heart of the Ocean token that is awarded to players in last place, as well as the infamous floating door that DEFINITELY HAD ENOUGH ROOM FOR TWO PEOPLE, ROSE! 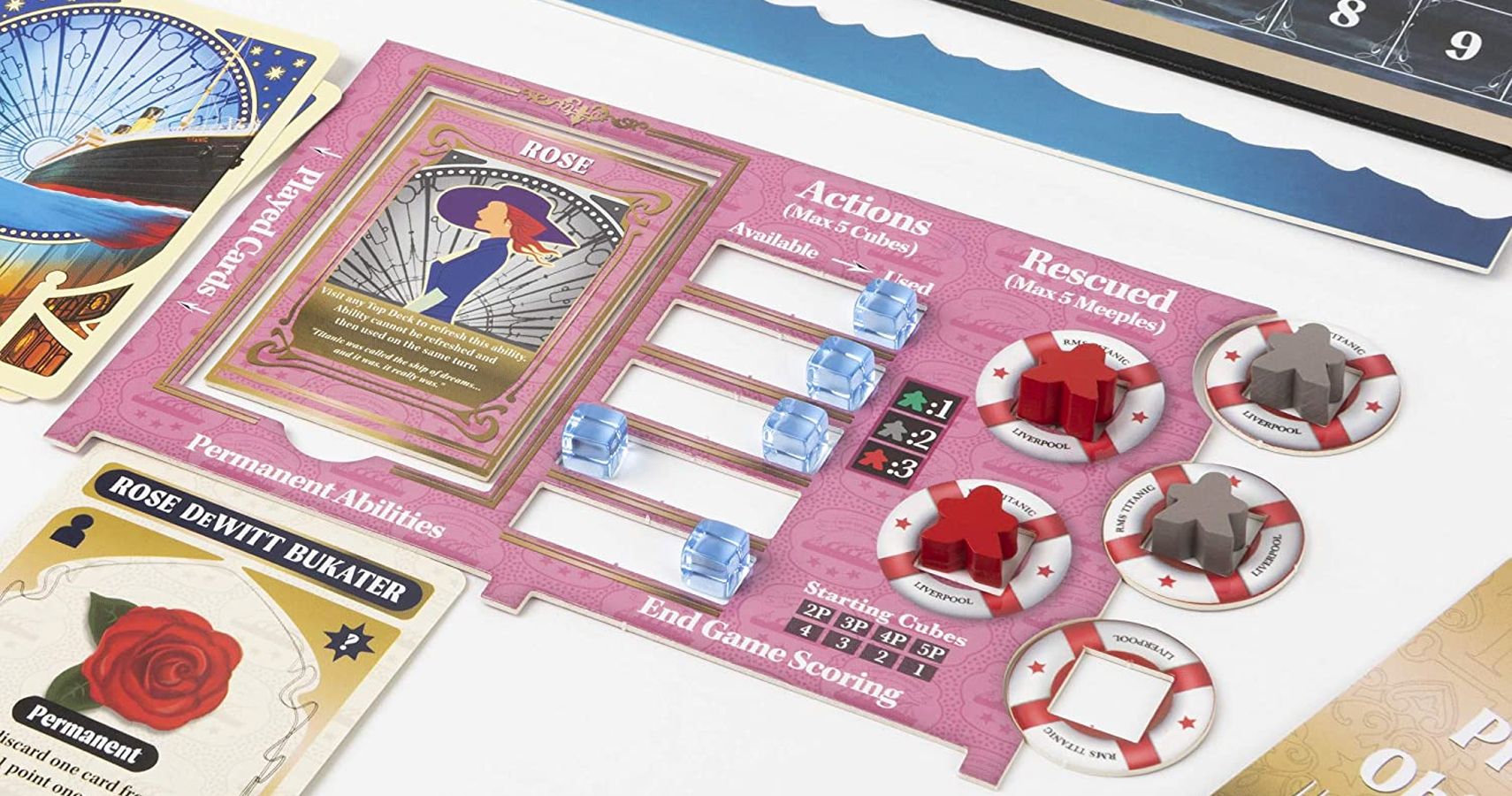 I’ll be honest. When I first heard about Titanic The Game, I was pretty concerned about the morbid context of what the game was actually about. Sure, it’s a board game that’s based on a movie, but that movie is based on a real-life tragedy. I don’t think it’s unreasonable to expect to be thinking about it in that context while playing, but I think the game does well to pivot its focus on both survival and saving the other stranded passengers. If you’re willing to roleplay, that added theme of heroism goes a long way in making each playthrough have a bit more meaning and character-driven purpose—something I did not expect before playing the game.

Given the intricacies of its gameplay, Titanic The Game is a game that is fun for an older crowd, especially those who were fans of the film. As long as you’re willing to put up with the extended setup time, you’ll be likely to have fun near, far… wherever you are. 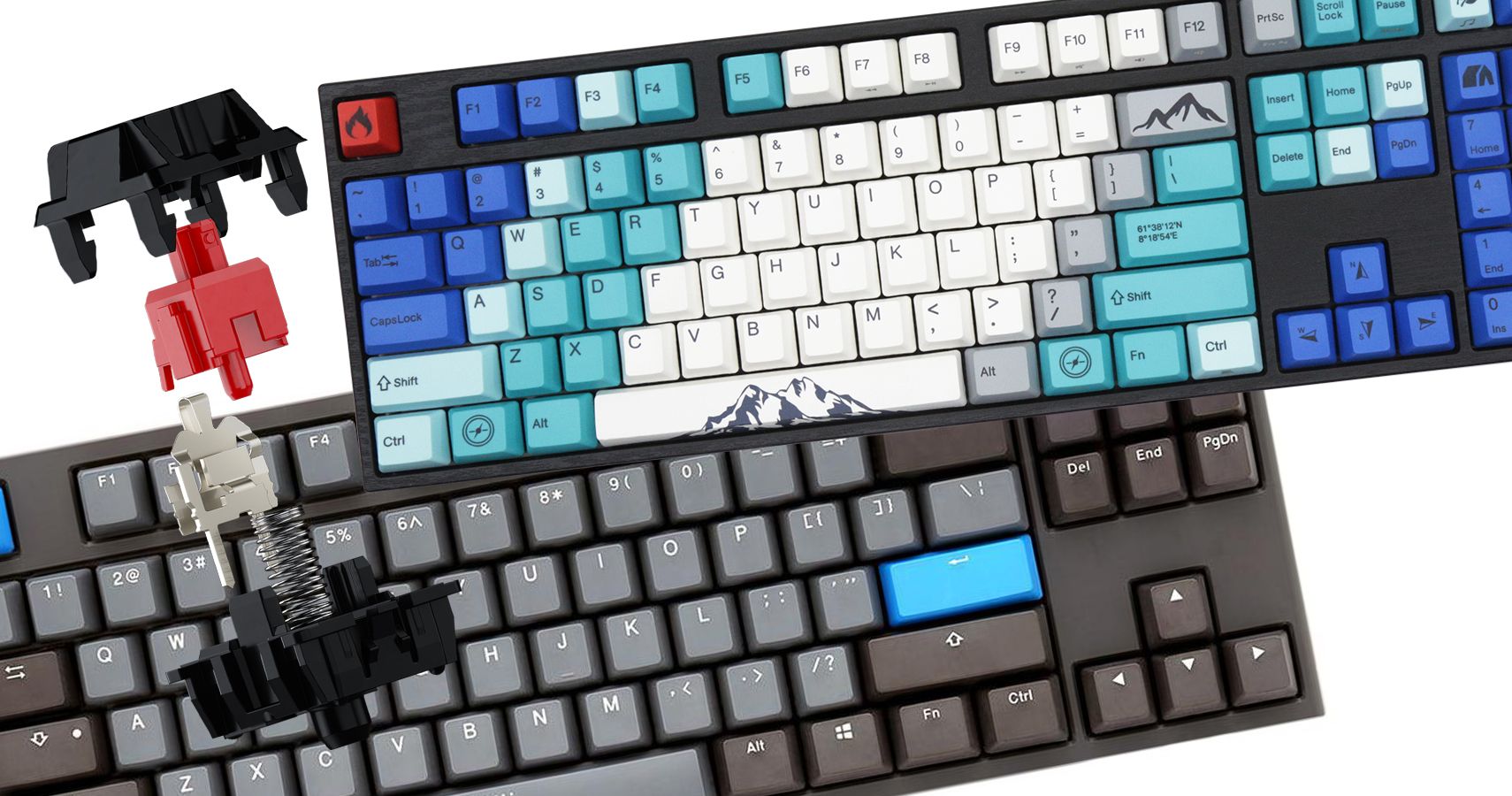