Nearly 15 years after its original release, Virtua Fighter 5 is back in a new, updated form on PS4. Revealed a mere week before its release, Virtua Fighter 5 Ultimate Showdown sees the classic fighter perfected for the modern era, sporting all kinds of graphical enhancements and the tightest feel this particular installment has seen yet. All 19 characters return with their movesets intact, the balance has (seemingly) remained the same, and all of the previous levels make a comeback. The only real differences come in the form of the visuals, a new soundtrack, and some customization options for character costumes.

After fans had been begging for Sega to do something new with the IP, it’s great to see this game not only materialize but be offered for free on PlayStation Plus for the first two months. No matter how polished and feature-packed a fighting game is, a lack of players is a death knell for its future. With Ultimate Showdown reaching millions for the low cost of a PS Plus subscription, Sega has pretty much guaranteed that this particular iteration will find a dedicated fanbase. 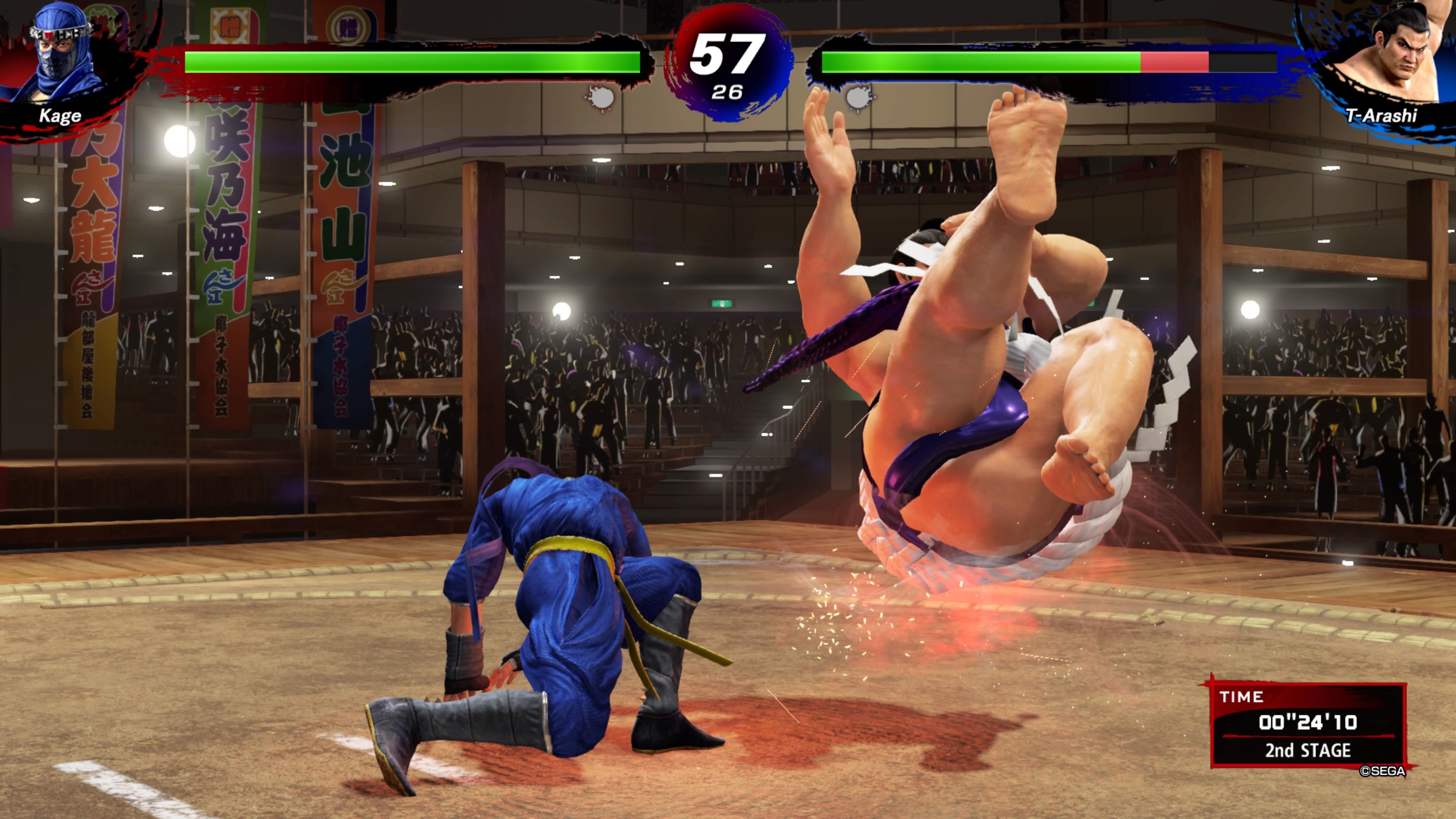 That’s not to say everything is perfect. For as modern as the visuals might look, there are some curiously absent features in Ultimate Showdown that make it feel firmly rooted in the past. The elephant in the room is the lack of rollback netcode, a more recent development for fighting games that ensures connections across longer distances feel as close as possible to offline play. A lot of Japanese-developed fighters still don’t have rollback, so I can’t completely fault Sega, but attempting to upgrade a method from 2012 feels like a half-step towards making a true improvement.

That’s not to say the netcode is totally unplayable because Ultimate Showdown can feel surprisingly decent at times. Sega has employed a method it calls “absorb delay,” but that’s mostly fancy talk for having dedicated server support. Instead of connecting directly to opponents like traditional delay-based games do, matches in Virtua Fighter 5 Ultimate Showdown will connect to one of various servers around the world as an intermediary. In essence, both players should be getting the same amount of lag instead of one player having an advantage as the host. 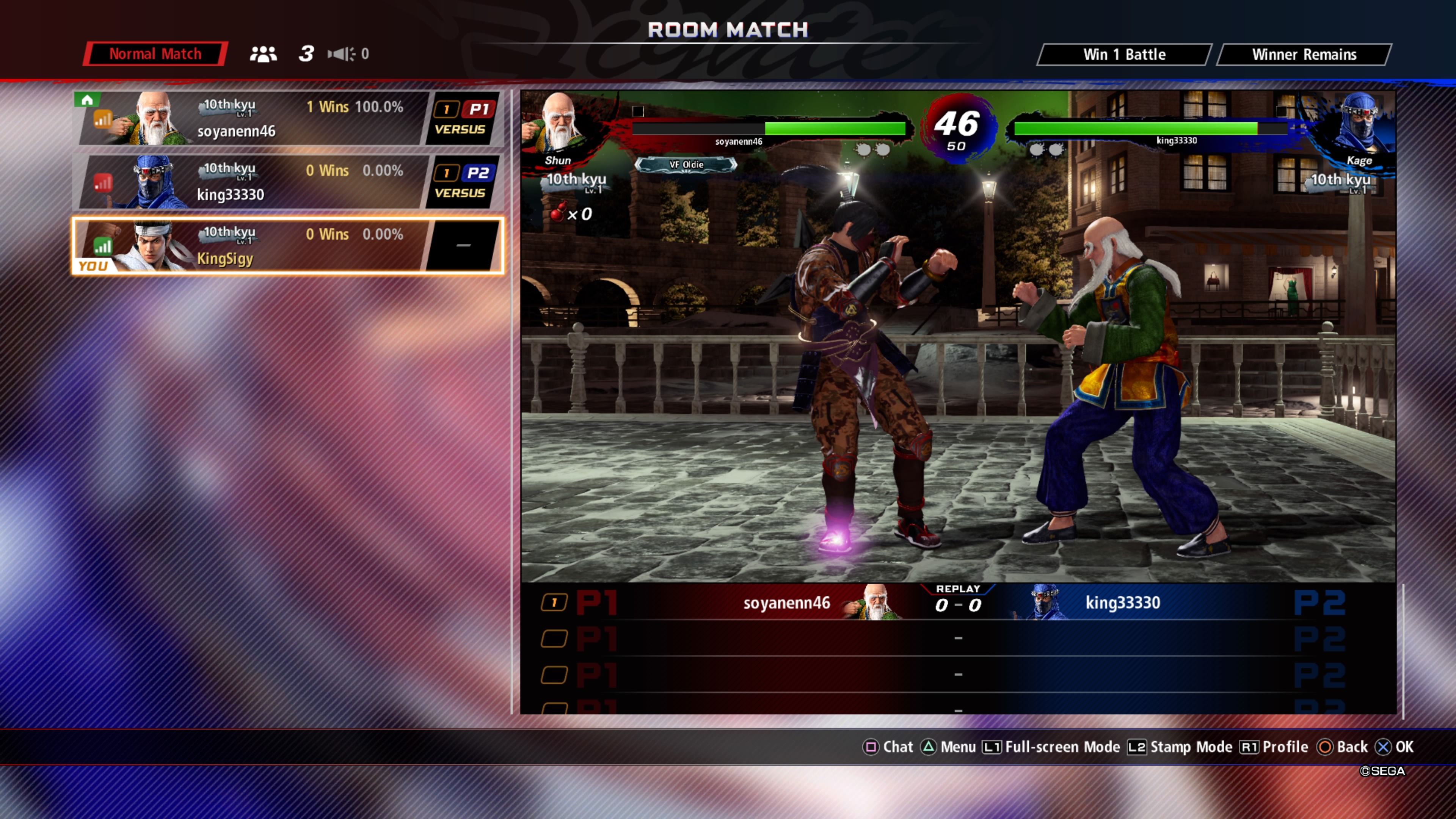 Sadly, that doesn’t always pan out. I don’t know from my own personal testing, but having watched streamers play matches together, the very worst matches will often be perfectly fine for one player. Every game has the slightest bit of delay regardless of how good your connection is, but my two-to-three frames of input delay might be 10-to-12 on the other end. That means I have a distinct advantage in combat since I can react quickly while the other player might be waiting an entire second for inputs to come out.

There also happens to be some kind of bug with ranked matchmaking where matches not only take forever to get started but will inaccurately report the connection quality. You can alleviate this with room matches, which are Ultimate Showdown’s equivalent of non-ranked bouts, but then that brings up the next absent feature: friend invites. I can’t believe a game released in 2021 doesn’t allow you to invite friends, but Sega found a way. 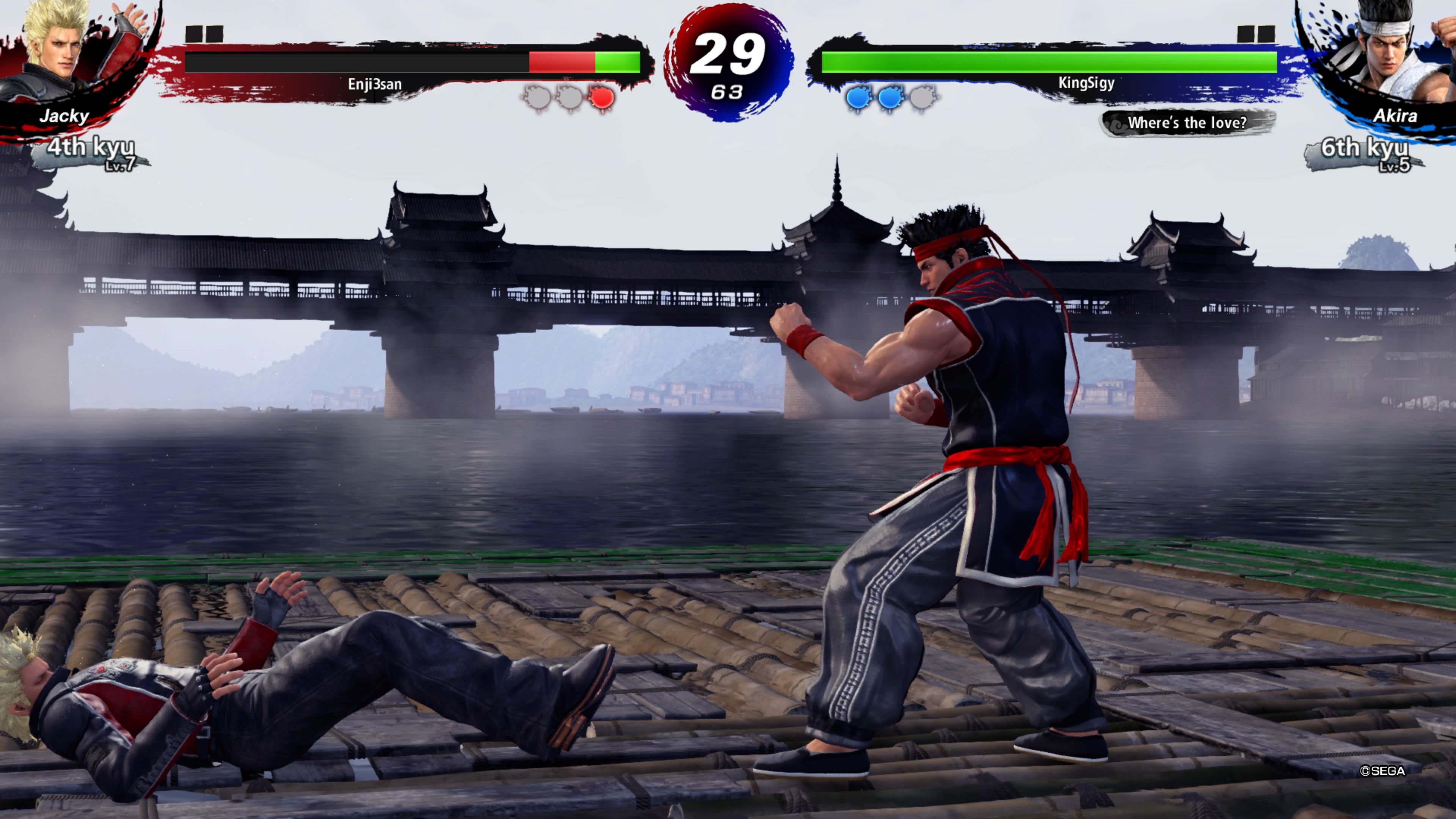 Again, this isn’t the end of the world as you can put a password on your room, but it’s still a curious omission. Some of the earliest fighting games with online support I can think of had private rooms for your friends with the ability to invite them, so I’m not sure what happened here. That is a much easier fix than implementing rollback netcode, but it sort of reveals how Sega might have its head in the past when it comes to classic franchises.

Case in point, replays are mysteriously absent from Ultimate Showdown. The game is clearly tracking your matches as the main menu will playback recent matches online for you to spectate, but there is no way for you to save them for your personal records or even watch them from a separate menu. This one has to be an oversight as the previous home console Virtua Fighter, 5 Final Showdown, actually had the feature from day one. 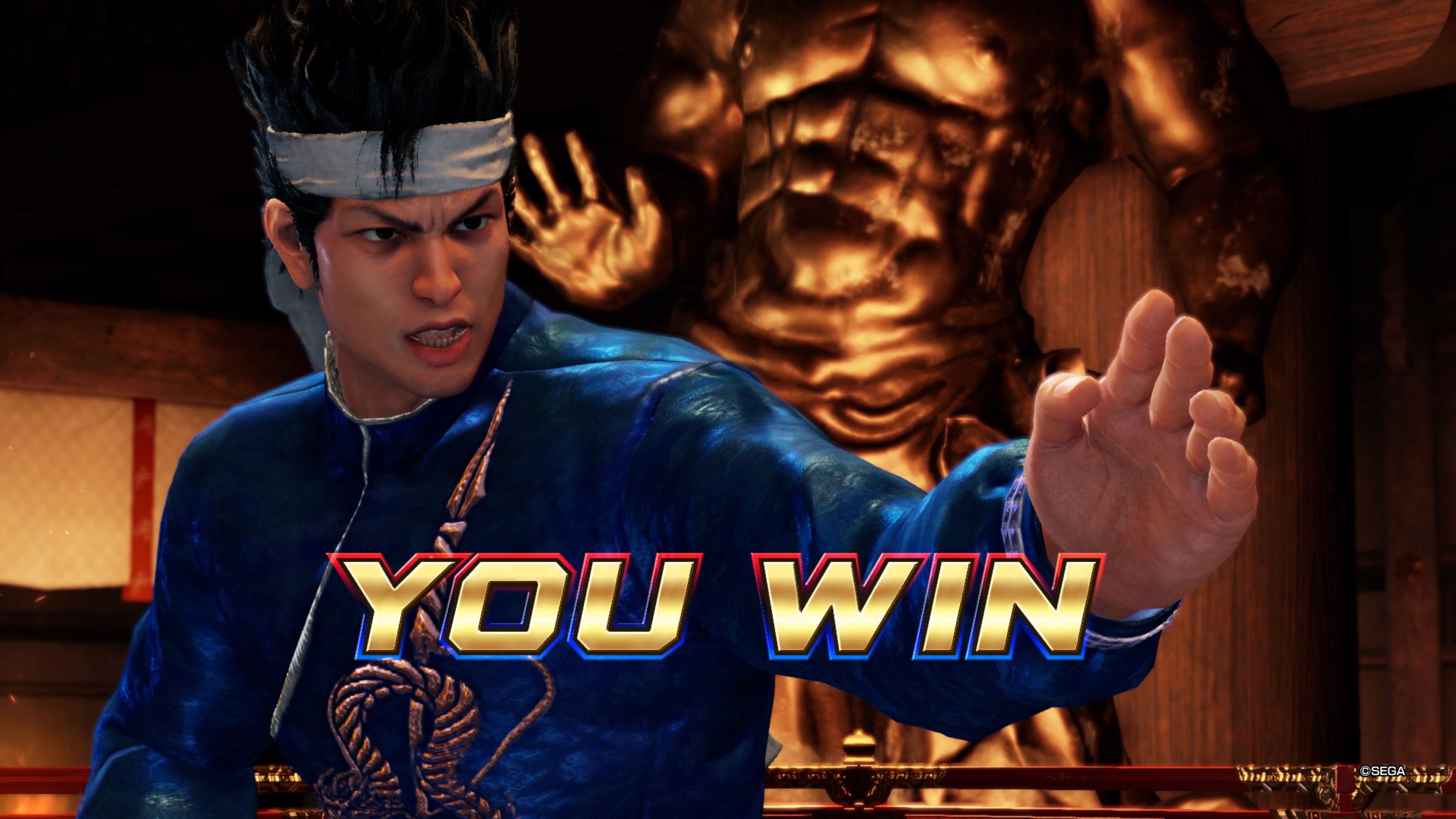 The core game on offer is excellent, but it’s not hard to feel that Sega rushed the game out to make the summer PlayStation Plus cutoff. Almost as if to confirm that theory, the touted tournament mode for online play currently absent, but is coming in a later update. I just can’t quite shake the feeling that the design of Ultimate Showdown is taking cues from when fighters were in their infancy with regards to online connectivity. Everything I’m complaining about has been a standard feature in fighters for the entire previous console generation. Why are we going backward here?

That doesn’t mean you should ignore Virtua Fighter 5 Ultimate Showdown until Sega adds these options. With Sega using this re-release to gauge interest in a potential sequel, it would be criminal to write the game off at this moment. That it comes free with a PlayStation Plus subscription (which you’ll need to play online anyway) means you might as well try it out for yourself. The game truly is one of the greatest fighters ever made. It’s just a shame that certain features are missing in action, especially after years of the competition setting the standard.