When agreeing to write a review of What Comes After for the Nintendo Switch, perhaps the last thing I was expecting to get out of it was a total reevaluation of my own life and how I was living it. Yet this short, narrative adventure game does just that—it reminds us to be kind to ourselves and to be mindful of life around us.

Please note that there will be very brief mentions of depression and suicidal thoughts in this review.

What Comes After is developed by Flynn’s Arcade, the creators of Coffee Talk. It follows a timid girl named Vivi who displays early on that she is battling with depression and suicidal thoughts. Even if she doesn’t speak, Flynn’s Arcade masterfully focuses on the small details of her character—the way she walks and her general body language—that display her lack of confidence. She walks with her arms close to her body, almost as if she is twiddling her thumbs or picking at her fingers, and she holds her own arm when she stands in place as if always trying to protect herself. These might seem like minute details, but they speak volumes to Vivi’s personality.

At the beginning of the game, we see Vivi board a train. She wanders around until she can find a spot to sit down, and then she falls asleep in one of the seats. When she “wakes up,” she finds herself still on a train, but it seems to have transformed into some type of ghost train. After panicking and talking to one of the employees, she is told that the train is on its way to “what comes after,” though Vivi is simply along for the ride and will be brought back home after the other passengers are dropped off at their destination. Though she hasn’t passed on, it’s stated that she found her way onto this train because she’s had a close enough brush with Death. 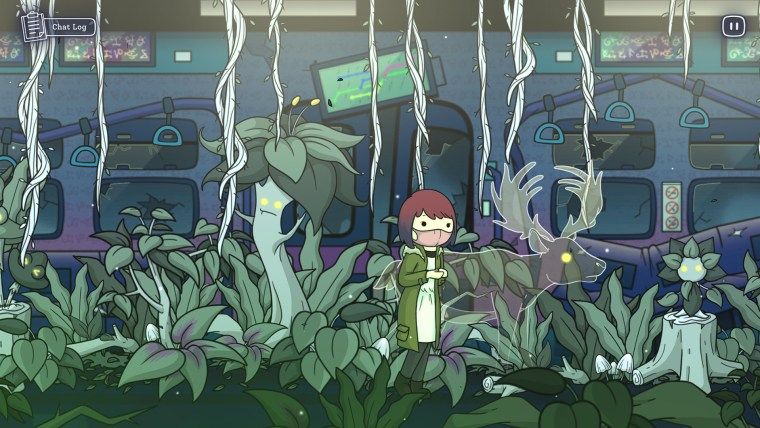 Since Vivi is stuck just passing the time until she can get back, the bulk of the game is spent exploring the train and talking to the passengers who are on their way to What Comes After. The train is filled with ghosts that include people—both old and young—animals, and plants who have passed on.

There isn’t any music during this section of the game, but the constant sound of the train on the tracks plays throughout. While I initially thought this would take away from the experience, I came to realize that it did the opposite. Considering this was a “magical train” and was supposed to feel like an adventure, I assumed that music would’ve helped in creating a more wondrous feel. But the sound of the train quickly became very soothing, and I can’t imagine anything else could have peacefully captured a ride to the afterlife quite as well as this did. But even more importantly, this audio was perfect for the focus of the game’s narrative—deep, contemplative thoughts about our existence. 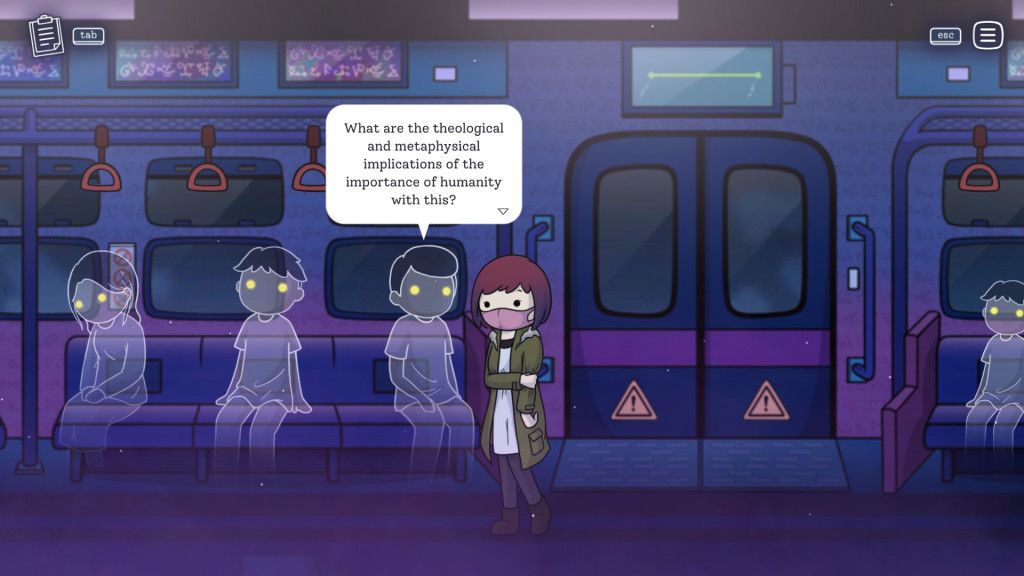 Now, I’ve read that some were slightly disappointed that the game didn’t explore the major ideas it brought up more thoroughly. The game took about one hour for me to complete, so it’s true that it did not offer an incredibly in-depth look at the main concepts it grapples with. However, I can safely say that this was a positive for me instead of a negative. Considering the adorable animation and that the game is rated for anyone over ten years old, I don’t think this was supposed to be a title designed to construct large academic arguments about the afterlife or morality. Its purpose is to give simple reminders about deeper ideas, and it achieves this perfectly.

As Vivi explores the train, her conversations with the people, animals, and plants raise topics dealing with regret, love, and loss. In addition, some perspective on how we see and treat animals and plants is also raised. What makes this game so great is that, although it’s a game made to provide us with reminders to love ourselves and that life is worth living, it’s not full of a bunch of people just repeating that. As Vivi explores the train, she pieces together bits and parts of conversations from everyone to realize that she can find a purpose and that she hasn’t been very kind to herself. 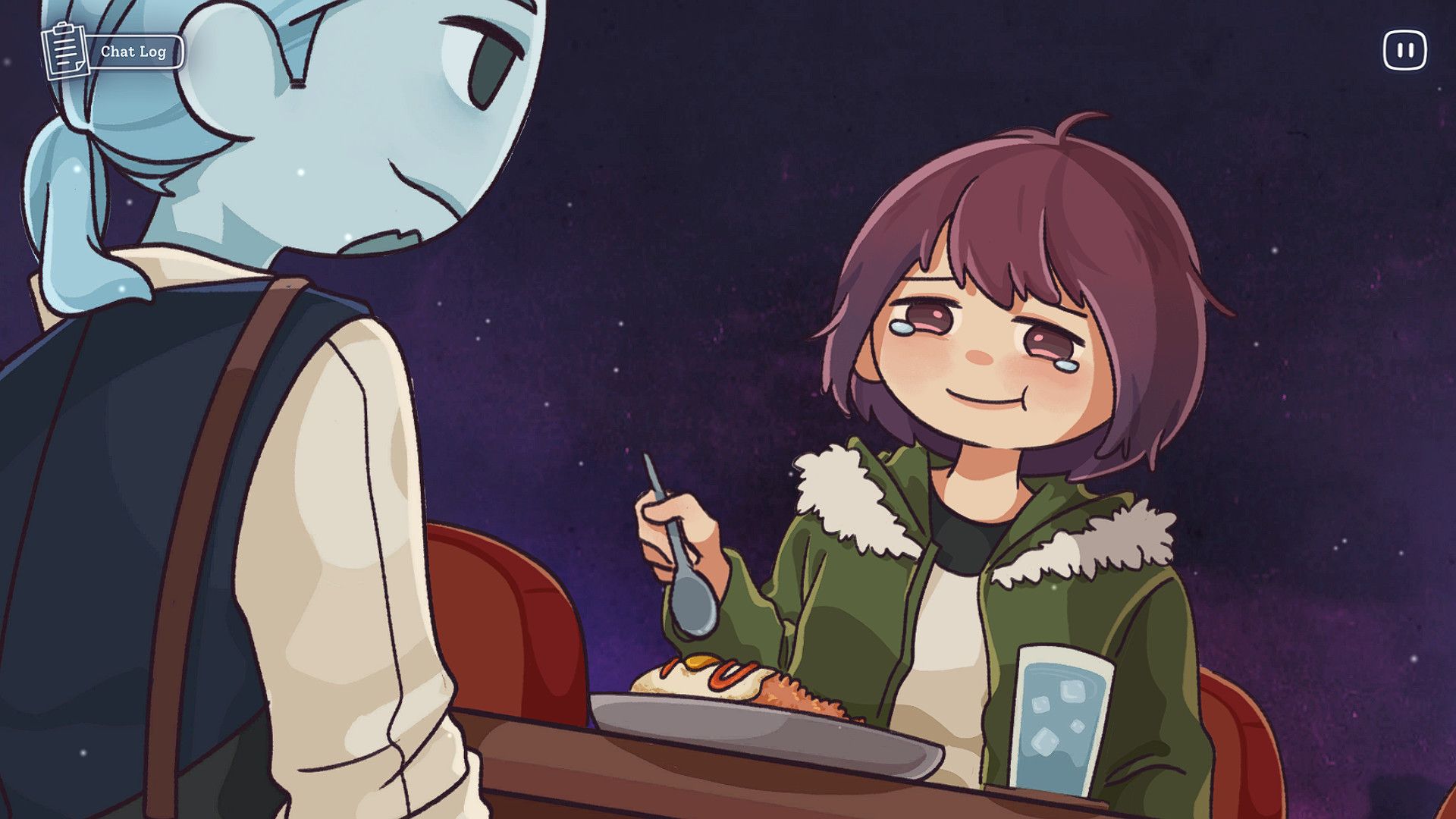 Instead of trying to shove a message down the player’s throat, this game just makes you pause to think. For example, in one of Vivi’s conversations, she mentions that she is a burden to her mother and sister. The cat responds by saying that it’s awful the mother and sister would say something like that about her. Obviously, they never said that, which Vivi explains. The cat then assumes that Vivi must have overheard her mother and sister discussing how Vivi was a burden behind her back. Since this also isn’t the case, the cat then asks, “So why do you think this?” to which Vivi does not know the answer, and the topic is dropped. It’s this type of nuanced approach that really made me stop to think, considering how often I’ve felt like a burden to others but would have answered those questions in the exact same fashion.

Taking everything into consideration, I would absolutely recommend this game. The visuals and audio in combination with the meaningful and positive narrative come together to construct the complete package for a short ride into What Comes After.

Next: Mundaun Review: Lost In The Valley 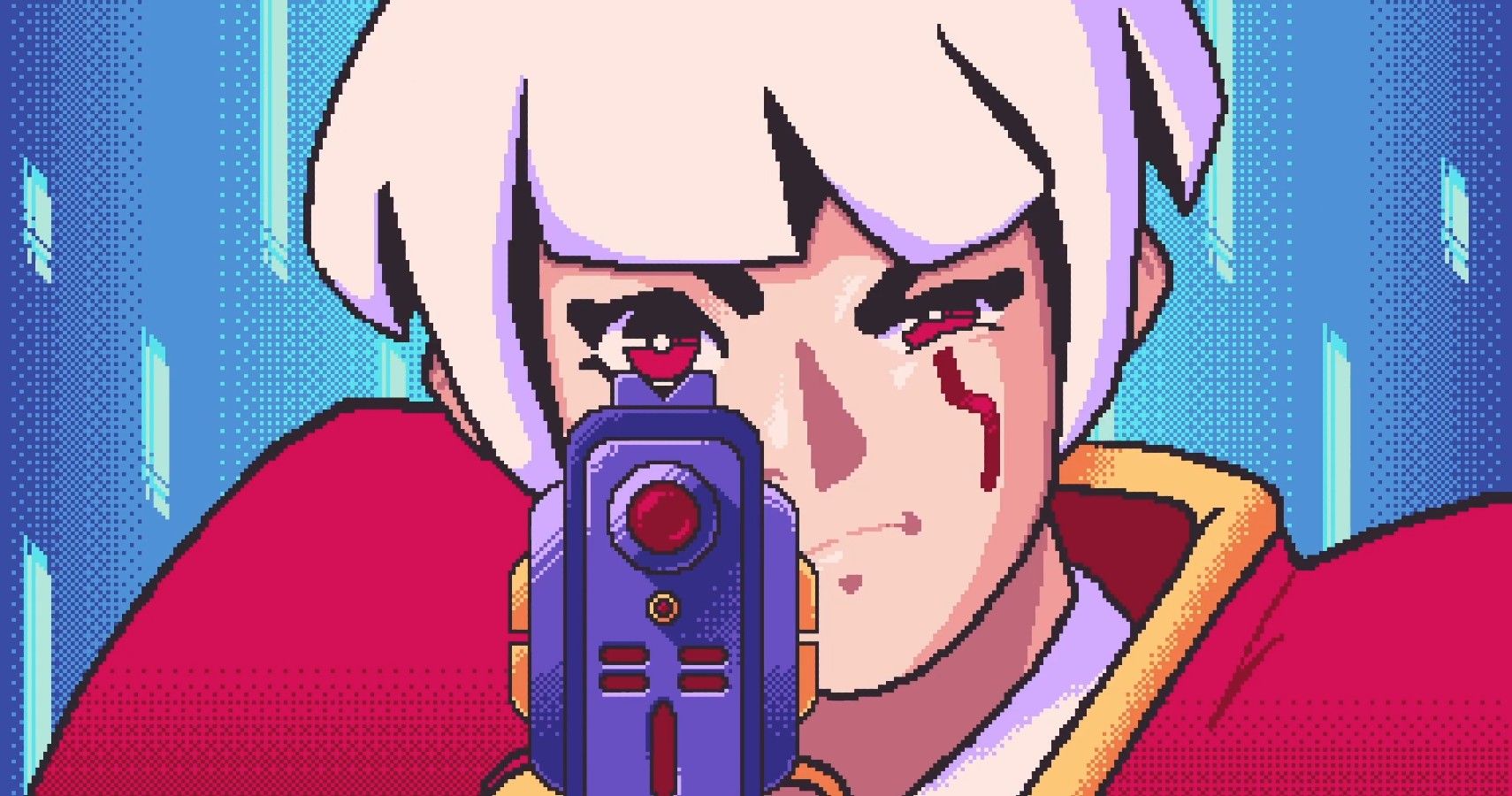