If you’ve been playing Genshin Impact for a while, you’ll probably be familiar with the mysterious seal adorning a random door in Mondstadt’s main metropolis. Although it looks like a standard Hydro symbol, lashing it with Barbara’s water bullets unfortunately won’t accomplish anything, nor will Xingqiu’s rain swords be able to pry it open. This is a seal steeped in mysterious magic that’s beyond Genshin Impact’s present world state — or at least it was, until very recently.

Have you met Mona yet? She’s an excellent character that comes into Genshin Impact at Adventure Rank 38, which is a level precious few players have attained as of yet. That’s not to say nobody has — quite a lot of players have already put a huge amount of time and effort into Genshin Impact, and have pretty much maxed out the content that is currently available prior to patch 1.1. However, Genshin is still seeing a massive influx of new players on a daily basis, meaning that the vast majority of people aren’t quite there yet. If you’re one of these people, and are worried about being exposed to light spoilers, you might be better off reading through my experiment in which I did over 1,500 Wishes to test the gacha system, or checking out our speculation as to what the next Genshin Impact banner is going to be after Klee’s Sparkling Steps. 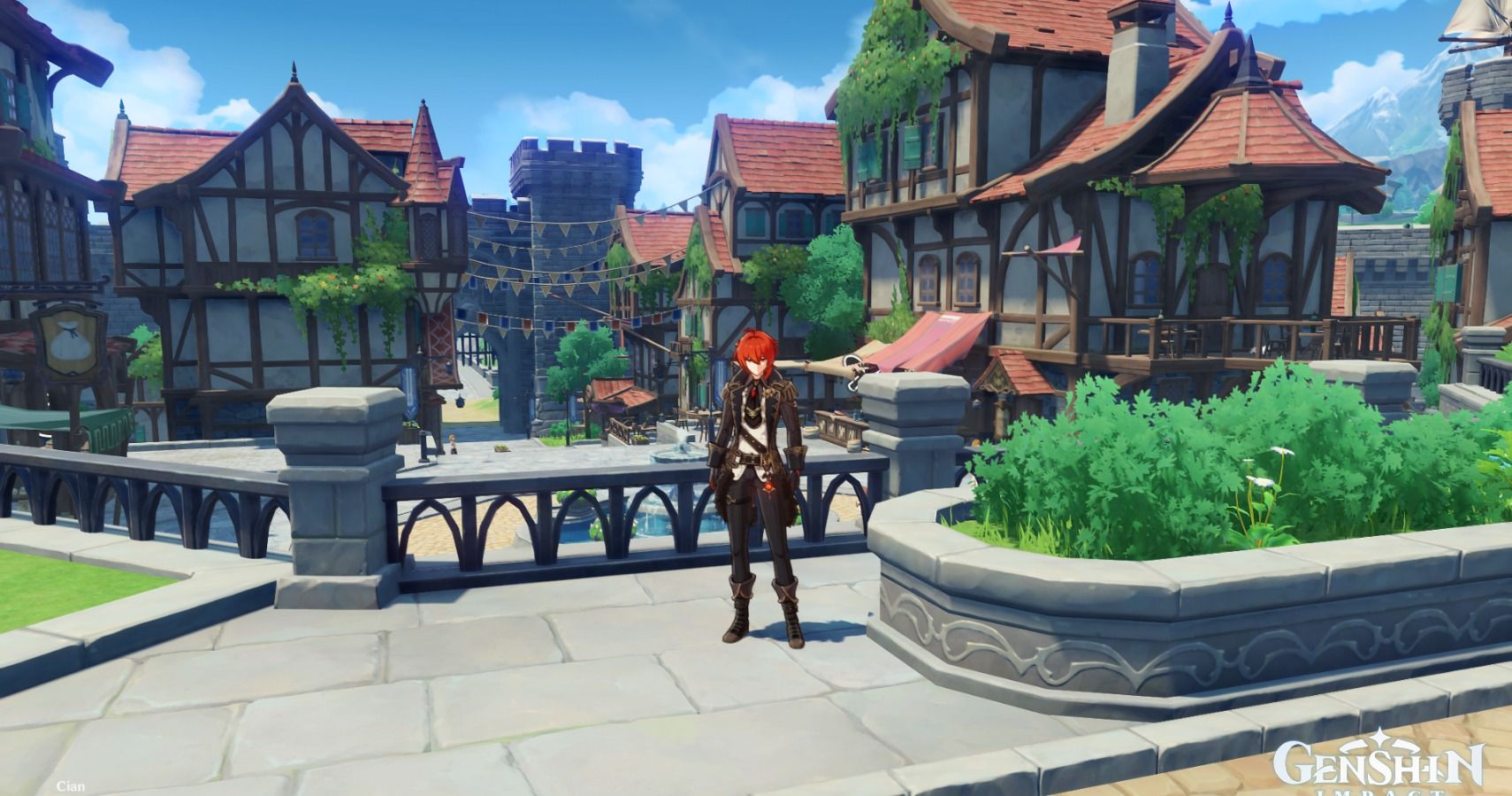 But if you’re happy to hear about why Genshin Impact has managed to convince me that it’s going to have a lot of excellent story content for a very long time, then stick around for a while. Some people might worry that Genshin is destined to be a fad, that it’s going to fade into obscurity the moment next-gen arrives. I’m here to tell you that it would be a tragedy if that happened, because Genshin Impact has a blindingly bright future ahead of it, and I am genuinely excited for every little part of it — all because of a little magical seal that was recently cracked by a fascinating magician named Mona.

The beginning of this piece refers to the magical seal blocking off a random building in Mondstadt for the majority of the game (as it currently stands at the time of writing). When you finish Mona’s story quest, she’ll announce that she’s happy to stay in Mondstadt for a bit, and cracking a pesky little seal like that is small potatoes for her. But until this point there was no one in Mondstadt or Liyue capable of accomplishing such a feat. This might not seem like a huge deal at face value — and maybe it’s not! But in terms of Genshin’s longevity, it’s massively refreshing to see.

The fact that it takes Mona’s narrative arrival to overcome a mysterious and seemingly unconquerable obstacle bodes very well Genshin’s status as a developing game. Let’s consider what Genshin is like right now: it offers us a beautiful open world in which you can do pretty much anything — like in Breath of the Wild, almost everything you can possibly come across is either climbable, cookable, or punchable. At the same time, it’s got that enticing ambiguity boasted by all of the best MMOs. It’s like in FFXIV when certain areas are locked off because you haven’t reached a certain point in the story yet. They’re not slapped with the traditional DLC stamp of most single-player games — they’re given an ambiguous narrative reason for why they’re not accessible right now, despite the fact that Genshin emphatically isn’t an MMO that needs to cater to players of all levels at all times. This is great for worldbuilding, especially when — also like in an MMO — the world is constantly in the process of being built. It’s distinct from DLC because DLC usually comes in the form of add-ons that are external to a base game — new areas that are detached from the original. Genshin’s approach is to expand its world in a more interdependent way, where new areas are inherently attached to previous ones. 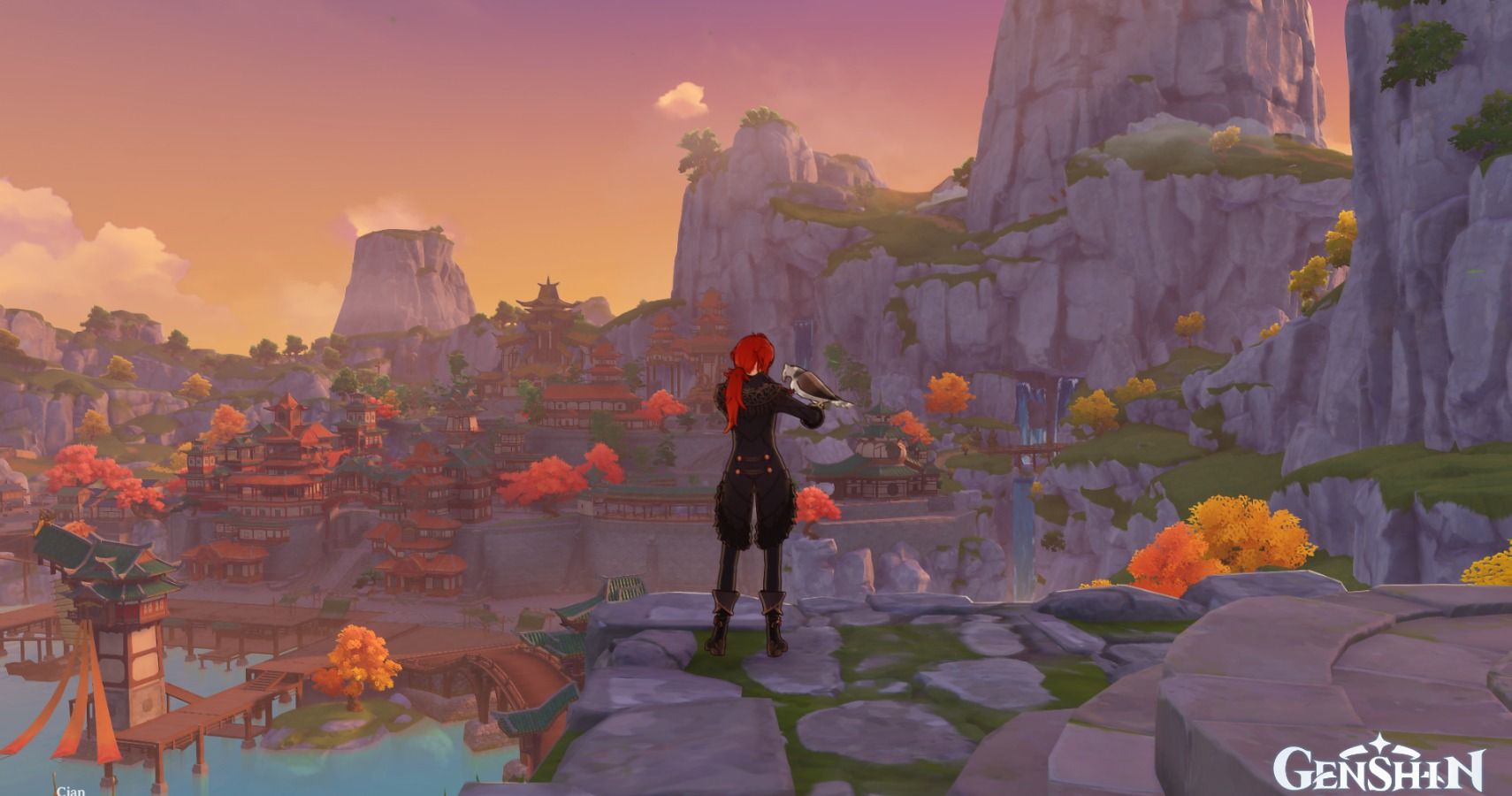 If you’ve done the first few story quests, you’ll know what I mean. Razor was the first character I unlocked, so I already loved the weird little wolf boy by the time I bumped into him in Wolvendom. But doing his quest line helped me to learn about him — what makes him smile, and what makes him tick. I learned about his background, about him being raised by wolves after being left abandoned in the forest. And then once I finished his quest, the Wolf in the North challenge in the until-that-point dilapidated and pointless structure in the middle of Wolvendom opened up, and a previously mysterious part of the map became imbued with significance and purpose. The same can be said of Stormterror’s Domain, unlocked as part of Venti’s story quest, while Xiangling’s missions teach us all about Liyue before we’re even a high enough level to go there.

Unlocking new content in games is hardly new. Meeting additional characters as you progress through a story is a given, in most cases. But in terms of untraversable areas… Well, Genshin Impact’s approach to this is unique, and actually mirrors a successful Early Access approach or an MMO more so than a full-fledged single-player RPG. Instead of just locking areas off with level-gating, Genshin has committed to launching several new regions over the next year, all of which will come with their own characters, stories, and elements for the Traveler to attune themselves to.

These regions will spill into the servers gradually over time, but the best thing about this is that they won’t discount the areas that are currently available. As proven by Mona’s magical seal — as well as other yet-to-be-unlocked areas like the mysterious salt ruins in Liyue — there is still so much to learn about the areas we’re exploring right now. I’m excited for Genshin to be built out as one cohesive, developing world, as opposed to phoning in every existing aspect of itself whenever a new expansion drops. Mona’s late-game — and still unfinished! — story quest gives me full faith that this will be exactly the case when push comes to shove.