Abacus.AI (previously RealityEngines) is developing a service that automates machine learning model creation, deployment, and maintenance. Today the company raised $22 million in a series B round at an over $100 valuation. The round was led by Coatue, with participation from Decibel Ventures and Index Partners. The fresh capital comes as Abacus unveils Deconstructed, a suite of three standalone AI tools designed to help large data science teams collaborate on product development.

Feature engineering — the process of using domain knowledge to extract features from raw data via data-mining techniques — is arduous. According to a Forbes survey, data scientists spend 80% of their time on data preparation, and 76% view it as the least enjoyable part of their work. It’s also expensive. Trifecta pegs the collective data prep cost for organizations at $450 billion.

Abacus, which was cofounded by Google and Amazon alums Bindu Reddy, Arvind Sundararajan, and Siddartha Naidu in 2019, conducts research and offers cloud AI services to help companies embed deep learning models into their processes. Customers pick a use case and point to their data, after which Abacus’ engine creates an AI system that can be used to make and share predictions. 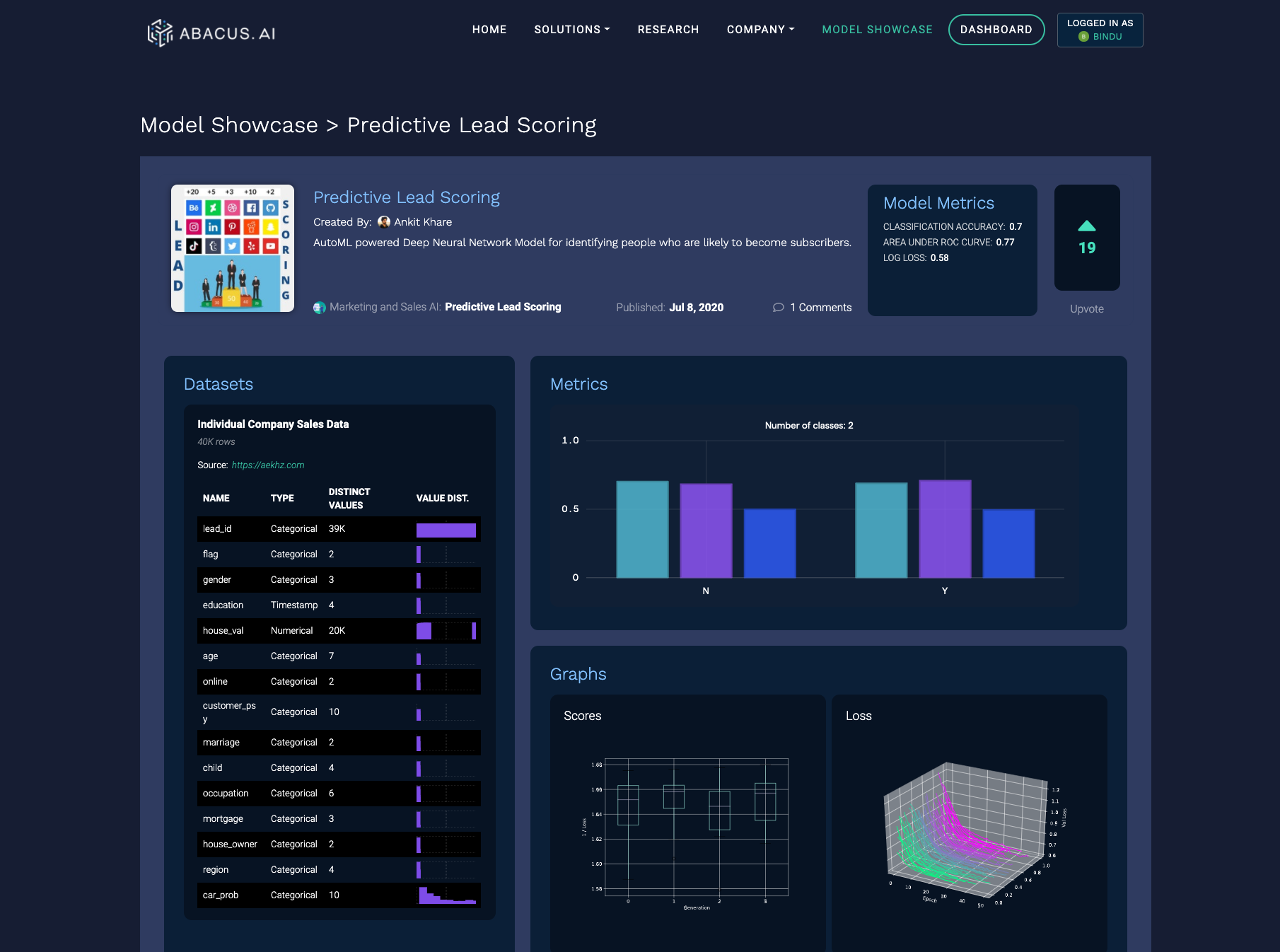 Abacus says its system applies the startup’s research on generative models and neural architecture search to deal with noisy or incomplete data. It ostensibly identifies the best neural network that models a customer’s proprietary dataset and use cases spanning IT operations, marketing and sales, fraud and security, and forecasting and planning. In addition, the system is good at configuring pipelines, scheduling model retraining on new data, provisioning model serving from raw data, and providing explanations for models’ predictions.

Abacus says it leverages meta-learning techniques that can “teach” models how to perform a task from a small number of training examples. Beyond this, the company employs transfer learning to reuse policies from one domain or dataset on a related domain or dataset, as well as generative algorithms to create synthetic datasets that can be combined with original datasets to create more robust pretrained models. Work at the company is underway on hybrid systems that combine logic and rules with AI models, which will form the base of a service that allows developers and data scientists to specify constraints, along with training data to develop accurate models.

Abacus says it is also conducting research into bias and explainability. The company recently tested a trio of approaches that take models trained on tabular or structured data as inputs and use a validation dataset to “debias” the models through fine-tuning or post-processing steps. (In one experiment, the company managed to improve a facial recognition algorithm’s ability to detect whether a Black celebrity was smiling even though the training dataset featured 22 times more white people.) The company also plans to launch a cloud microservice that will explain model predictions and determine whether models exhibit bias.

Leading up to the public launch of its service in July, Abacus claims it worked with 1,200 beta testers and customers like 1-800-Flowers, Flex, DailyLook, and Prodege. It now has 40 customers and over 2,000 users. “Cloud services like Abacus are central to precipitating an inflection point in AI adoption,” Reddy told VentureBeat via email. “By making it dead simple to train, deploy, and maintain real-time deep learning models in production, we are truly democratizing cutting-edge AI techniques to even small organizations without the ability to hire esoteric data scientists.”