Lisa Su was asked for “a sense on 7nm high-end NAVI and mobile 7nm CPUs” during AMD’s second-quarter earnings call, as first spotted by VideoCardz. She didn’t provide any hard details but confirmed that the Radeon RX 5700 series isn’t the pinnacle of this new AMD generation:

“You asked a good product question. I would say they are coming. You should expect that our execution on those are on track and we have a rich 7nm portfolio beyond the products that we have already announced in the upcoming quarters.”

Watch out, GeForce RTX 2080 Super? Perhaps. The last Super upgrade wasn’t as, well, super as the RTX 2060 and 2070 Super that Nvidia released to counter the RX 7000 series. AMD’s long-lasting “GCN” graphics architecture, the foundation for Radeon GPUs since 2012, supported up to 64 compute units (CU) per chip. The more powerful of the two new Radeon GPUs, the RX 5700 XT, packs 40 CUs, giving the new RDNA architecture plenty more headroom if it scales up as effectively as its predecessor. 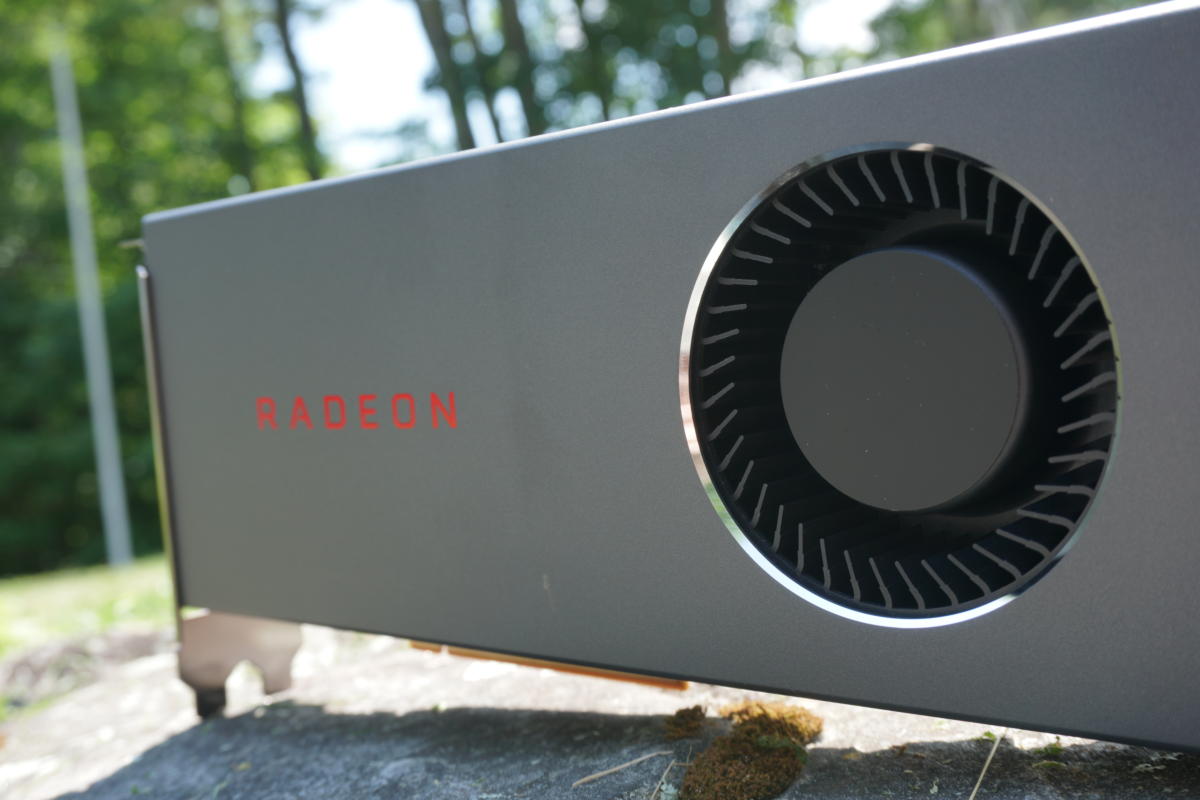 There’s a chance AMD could even have the ferocious $1,200 GeForce RTX 2080 Ti in its sights—especially if the RDNA architecture can surpass GCN’s 64 CU limitation.

Don’t get too excited yet though. While the RDNA architecture does wonderful things for AMD graphics cards, Radeon doesn’t have a sterling track record on the high-end in recent years, and Su’s comment doesn’t even begin to hint at a timeline for Big Navi. Last generation’s high-end Vega GPUs arrived woefully late and disappointingly underpowered versus the enthusiast competition, failing to come near the GTX 1080 Ti’s performance despite aggressive AMD pre-release marketing that suggested Vega would dethrone Nvidia’s latest and greatest parts. It didn’t.

That being said, AMD’s firing on all cylinders recently and coming off the red-hot launch of both the butt-kicking Radeon RX 5700 series and 3rd-gen Ryzen CPUs that outshine Intel’s best processors. Knocking Nvidia off its perch would be the final jewel in AMD’s shining 7nm crown. The past has shown we shouldn’t jump aboard the Big Navi hype train until AMD shows its hand, but these are exciting times indeed for PC enthusiasts.