Heavy-duty trucks play an indispensable role in transporting freight across contents — and the globe. In 2017 in the U.S., trucks carried 60.2% of the $614.0 billion of goods imported from Canada and Mexico. But while large enterprises appear to have a handle on an industry that was worth over $700 billion three years ago, small- and medium-sized businesses often struggle to find ground transportation suitable for smaller and partial freight loads.

If you ask Oren Zaslansky, the solution lies in a digital AI-driven marketplace that pools less-than-truckload (LTL) and partial-truckload (PTL) freight shipments so they can be shipped via a full truckload service. That’s the service Zaslansky’s startup, Flock Freight (previously AuiptiX), provides, and it’s attracted the attention of investors including Google Ventures.

Flock Freight today announced that it’s raised $50 million in series B funding, bringing its total raised to over $70 million following an $18 million series A round and $2.5 million seed round. Zaslansky says it’ll use the capital infusion to expand FlockDirect, its marketplace. “Flock Freight is pioneering the hubless shipping market, benefiting both the shipper and the carrier,” said Zaslansky. “As we continue to prioritize exceptional service and affordability for shippers and increased revenue potential for carriers, we look forward to expanding Flock Freight and our partnerships with carriers throughout the U.S.”

For LTL, Flock Freight facilitates the travel of shipments on trucks to their intended destinations, eschewing the traditional hub-and-spoke freight transit model. In the case of PTL — which Flock Freight defines as a maximum of 24 pallets that take up to 48 feet in deck space, weigh under 40,000 pounds, and are headed to a single location — the platform finds as many as 10 trucks along a single route and pools them together into a single truckload to maximize cost savings. 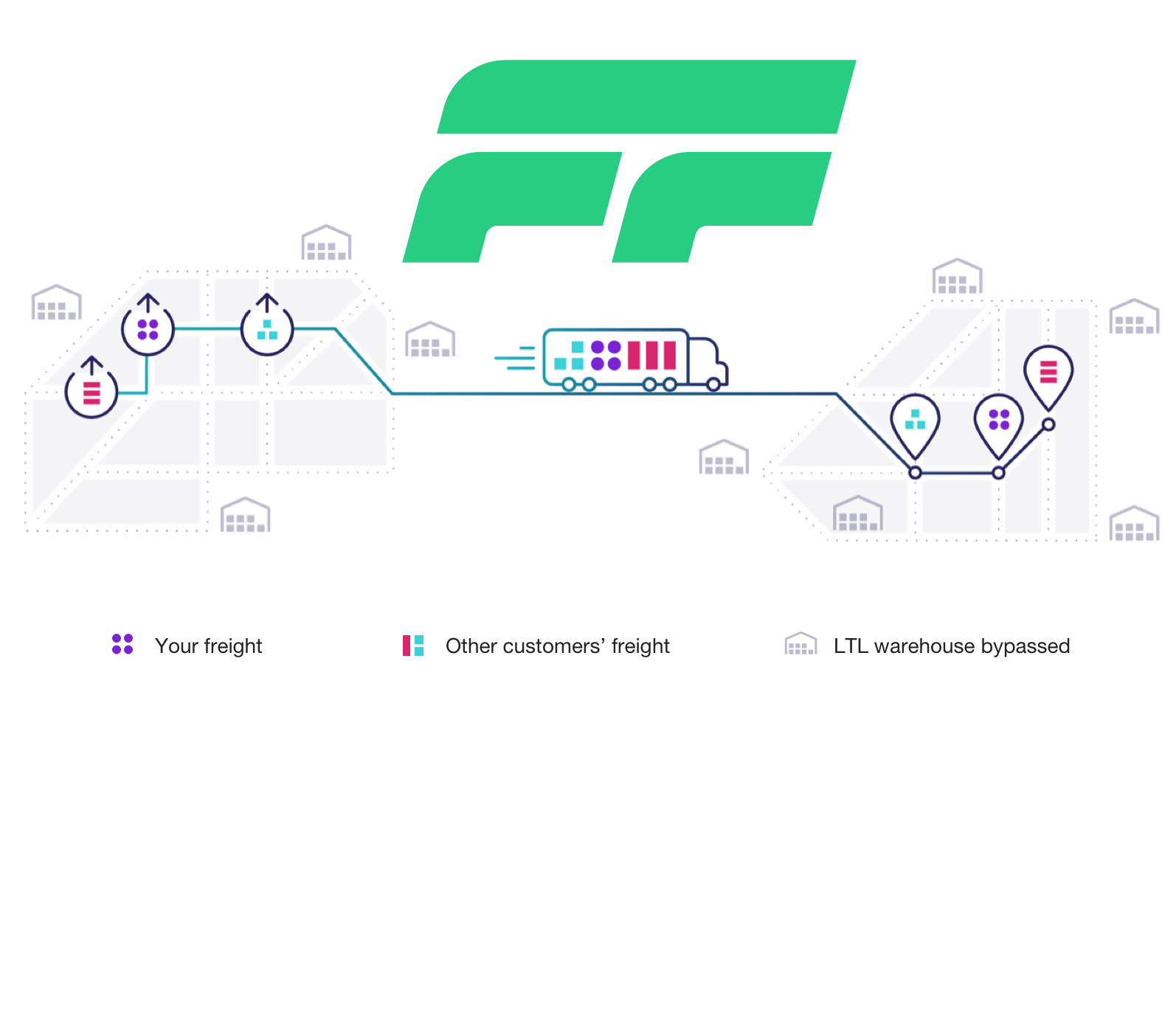 Flock Freight says its driver network in the U.S. and Canada numbers in the thousands, each individual driver within which can be tracked in real time via a dashboard or email notifications. Furthermore, the company says its damage claim rate is 0.001% and that its on-time delivery rate is 97.5%, and that it’s able to reduce fuel emissions by up to 40% by eliminating the need to switch trucks or stop at warehouses.

Zaslansky makes the case that those stats set it apart from competitors in the freight logistics space. Uber offers a service called Uber Freight, to which it recently committed another $200 million as part of a major expansion. San Francisco-based startup KeepTruckin recently secured $149 million to further develop its shipment marketplace, and Next Trucking closed a $97 million investment. For its part, Convoy raised $400 million at a $2.75 billion valuation to make freight trucking more efficient.

“The LTL shipping industry is ripe for an overhaul, as slow service, paper logs, and missing goods have become the standard,” said Zaslansky. “The multi-billion-dollar industry and the millions of businesses it serves deserve modernization, and Flock Freight is well-positioned to make this happen, given our broad customer base, years of experience and proprietary technology.”

SignalFire and GLP Capital Partners co-led this latest round.