Colin Angle no longer believes that full autonomy is the right approach to home robotics. That’s a remarkable statement from the CEO of iRobot, a company that for years touted its carpet-sweeping, floor-dusting Roomba’s automation as a selling point. “In my belief, the perfect robot was one you’d never have to touch — it would just go into the world and do the right thing,” Angle told VentureBeat during an interview this month. “But what customers want is more control. They want to be able to tell the robot when, where, and how to clean.”

To this end, iRobot today announced what it’s calling Genius 1.0, a platform that brings a number of new controls to the company’s existing lineup of vacuums and mops. Angle pitches Genius as a suite of evolving personalization tools designed to account for owners’ unique homes, smart home integrations, and preferences.

“Harmony does not equal intelligence … there’s multiple situations where, in order to foster trust [in the robot], you need to be able to allow as much or as little control as customers choose,” Angle said. “The next frontier in robotics is collaborative, and we need to figure out how to be a better partner with our customers.”

Genius will arrive this fall alongside a redesigned Home app compatible with all of iRobot’s flagship products, and it supports sweeping based on habits while providing insights into robots’ cleaning performance. 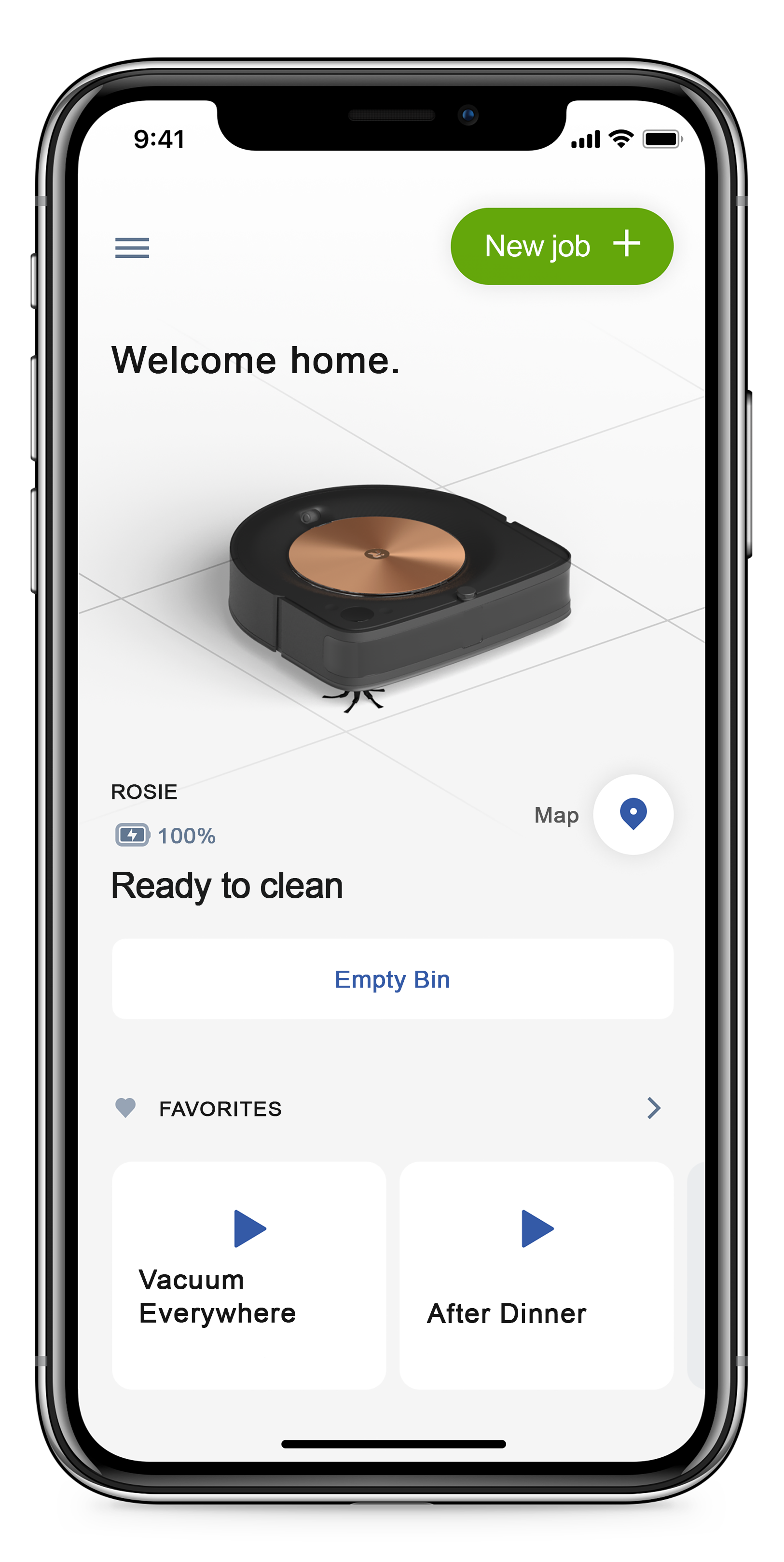 A Clean Zones feature previously available in beta lets owners of Roomba i7, i7+, s9, and s9+ and Braava Jet m6 robots leverage AI to detect areas around couches, tables, kitchen counters, and other such fixtures where messes frequently occur. (Think crumbs that land underneath a child’s high chair or sawdust beneath a workshop table saw.) Competing vacuums from Roborock, Neato, and others offer zone-defined cleaning, but Angle asserts Clean Zones is superior in that it takes advantage of iRobot’s Smart Map technology.

“Clean Zones recognizes things — that’s not that hard — but what it does with that information is where some of the cool tech comes in,” he said. “When we find a table, we move around to get it from different angles and estimate the size. We grow the bounding box to create a little bit of a splat zone around it, and we tell the customer, ‘Hey, this is a table — tables are places that often get dirty. Would you like us to remember this area and give it a name?’ It all happens automatically in a carefully orchestrated journey, so as not to overwhelm the user and to give the map richness in detail.”

Genius also introduces an events-based automations capability that lets robots suss out convenient times to begin or stop cleaning. Through IFTTT and the Home app, owners can set up integrations with location-based services and devices like Life360 and August locks to allow robots to infer when the house might be empty (or occupied). These inferences prompt in-app recommendations users can act on to kick off recurring routines. 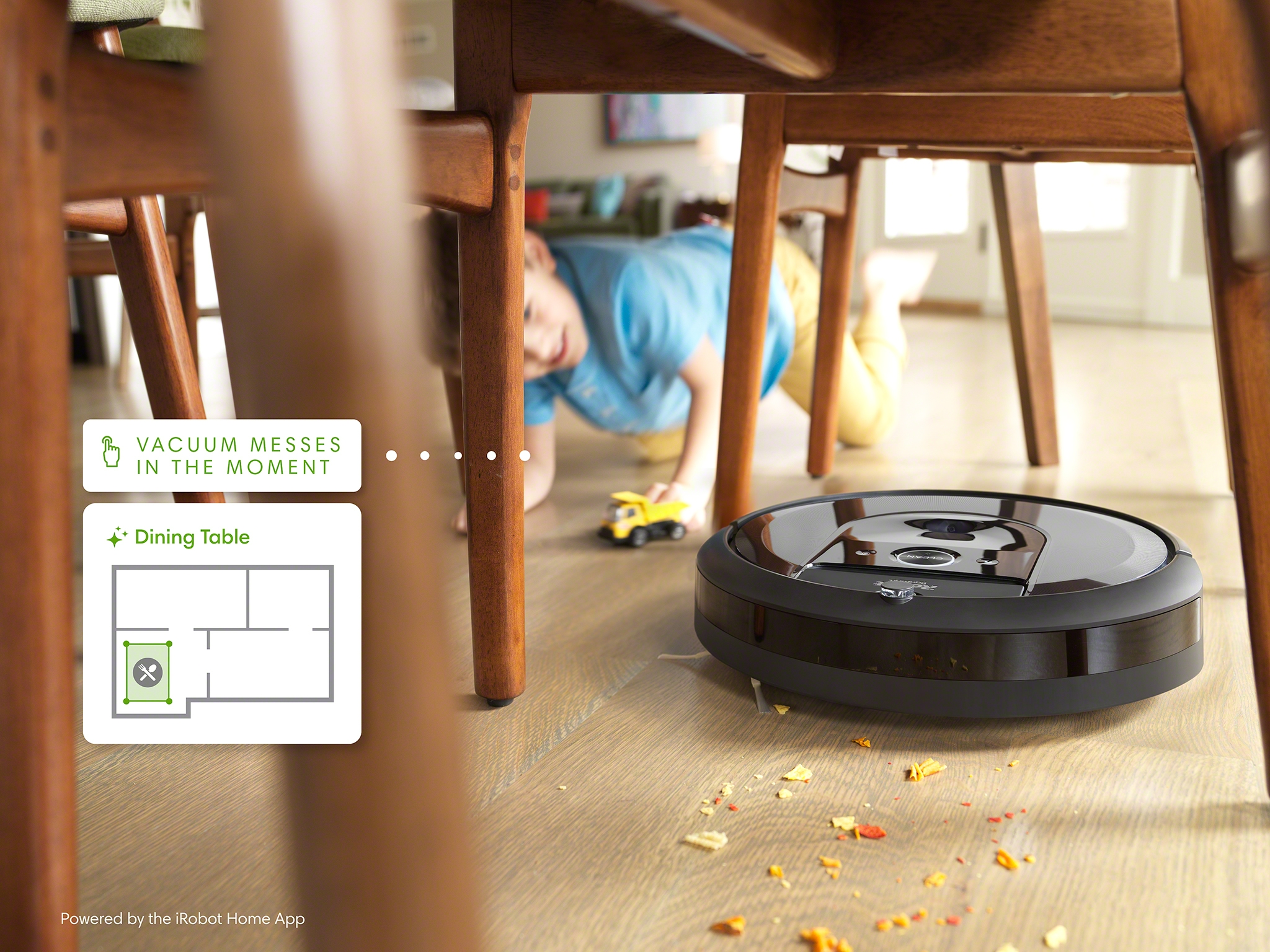 “Seventy percent of Roomba owners have three or more smart devices. There’s a lot of knowledge embedded in the state of these devices,” Angle said. “We’ve built a lot of AI to figure out, depending on which devices we can find in the home, what kinds of rules we can suggest to the user. If an alarm is turned off between the hours of 9:30 a.m. and 3 p.m., chances are no one’s in the home — people aren’t sleeping.”

The automations capability dovetails with recommended cleaning schedules and favorites, two other Genius features centered around tailored rules. Roomba i7, i7+, s9, and s9+ and Braava Jet m6 robots now provide room-specific recommendations like vacuuming the master bedroom on Friday evenings or the dining room after meals. And users can create and access preset cleaning automations like “Bedtime,” which might instruct the robot to clean the playroom and living room floors, for example.

Beyond this, Roomba i7, i7+, s9, and s9+ and Braava Jet m6 robots upgraded with Genius will learn to avoid “trouble areas” where they have a tough time sweeping, like underneath love seats. (iRobot calls these “Recommended Keep Out Zones.”) Moreover, the vacuums and mop will offer suggestions to schedule cleanings during pet-shedding and allergy seasons, when allergens are most likely to accumulate. 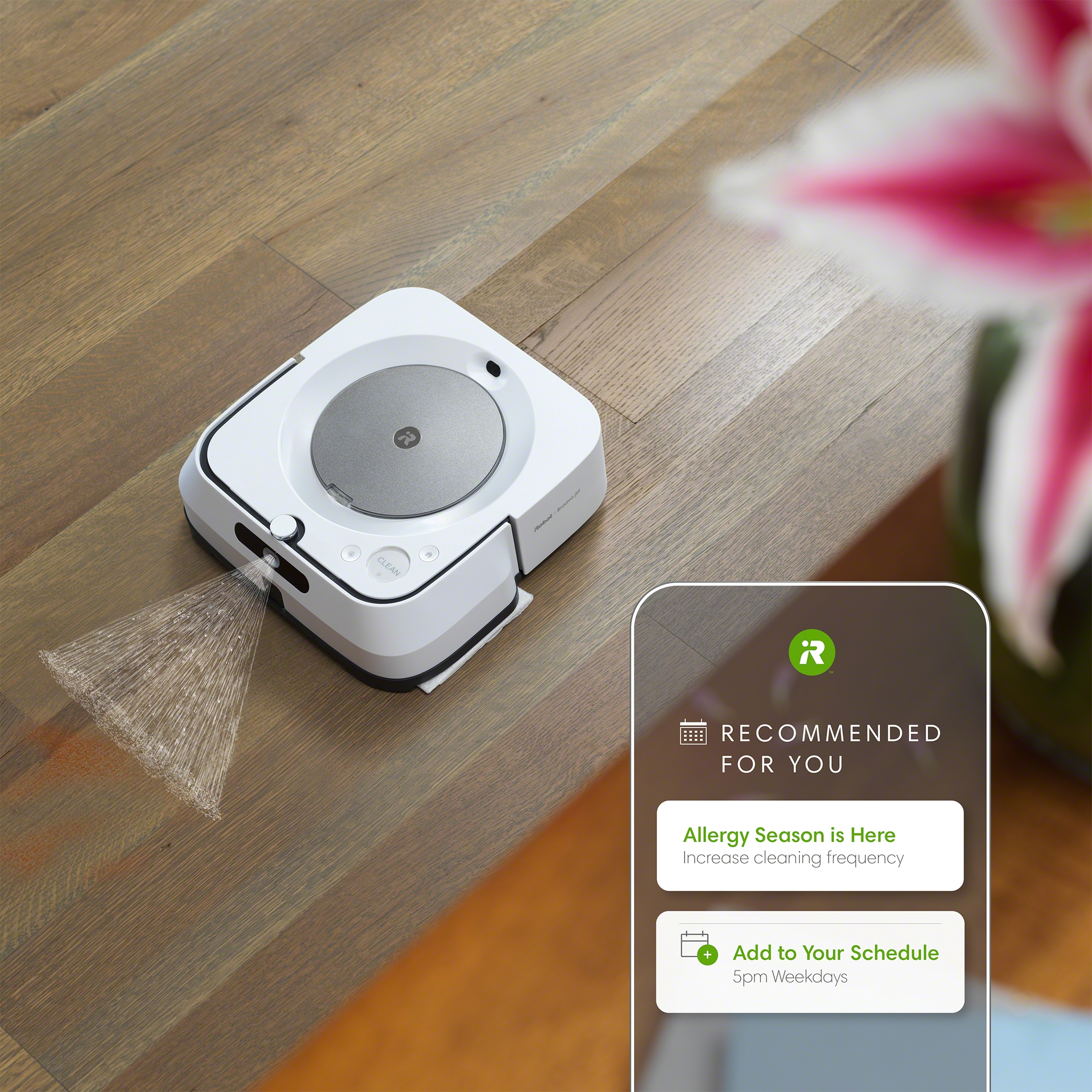 “I view it very clearly as a failure of intelligence when the robot doesn’t do something the customer wants it to do. When a person shuts it off, it’s just as bad as the robot getting stuck — in fact, it’s worse because you annoyed the person enough to make them turn it off,” Angle said. “I believe that the collaborative intelligence capability is the current barrier to industry advancement. But I think we’re getting better at starting to understand the environment, which was my own barrier to industry advancement.”

Angle says he expects Genius updates to come on a roughly six-month cadence, with “Genius 2.0” set to arrive early next year followed by “Genius 3.0” in spring. In a previous interview with VentureBeat, Angle hinted that Genius’ brand of collaborative intelligence might someday involve multiple robots working in tandem to perform daily chores. Mum’s the word for now on iRobot’s future hardware, but Angle once again stressed the value of spatial knowledge gleaned from mapping data that allows robots to appropriately react to things like furniture, electronics, carpets, and even people.

“We’re going to keep putting out Genius updates that focus on this human-robot collaboration,” Angle said. “Collaborative intelligence means that the person gets to decide how specific they are in the instructions they give. We’re putting our AI expertise against re-architecting our approach to robot intelligence to lead with collaboration.”

The World Ends With You Anime Gets Beautiful...