Home robots are an unsolved challenge in the field of AI and machine learning. Despite the fact that 52% of people believe machines will perform most human activities in the next three decades, technical barriers remain. Indeed, even Amazon, which was expected to reveal a home robot code-named Vesta as early as September, has expressed reticence about the segment.

But that’s not discouraging companies like Trifo from forging ahead. The Santa Clara, California-based robotics perception company (with offices in Shanghai and Beijing), whose bread and butter is autonomous vacuum cleaners, today took the wraps off Lucy, a robot equipped with cameras that enable it to surveil rooms while recognizing and cleaning them. Alongside this, Trifo announced that it has raised $15 million in a series B round led by Yidu Cloud, with participation from Tsinghua AI Fund and Matrix Partners. This brings its total raised to $26 million, following an $11 million series A last November.

“Lucy reflects the evolution of our products from robot vacuums to AI IoT-enabled home robots that can assist with a wide range of features that help people with their life and work,” said founder and CEO Zhe Zhang, who added that the fresh capital will bolster Trifo’s hardware and software development, as well as its expansion to European and U.S. markets. 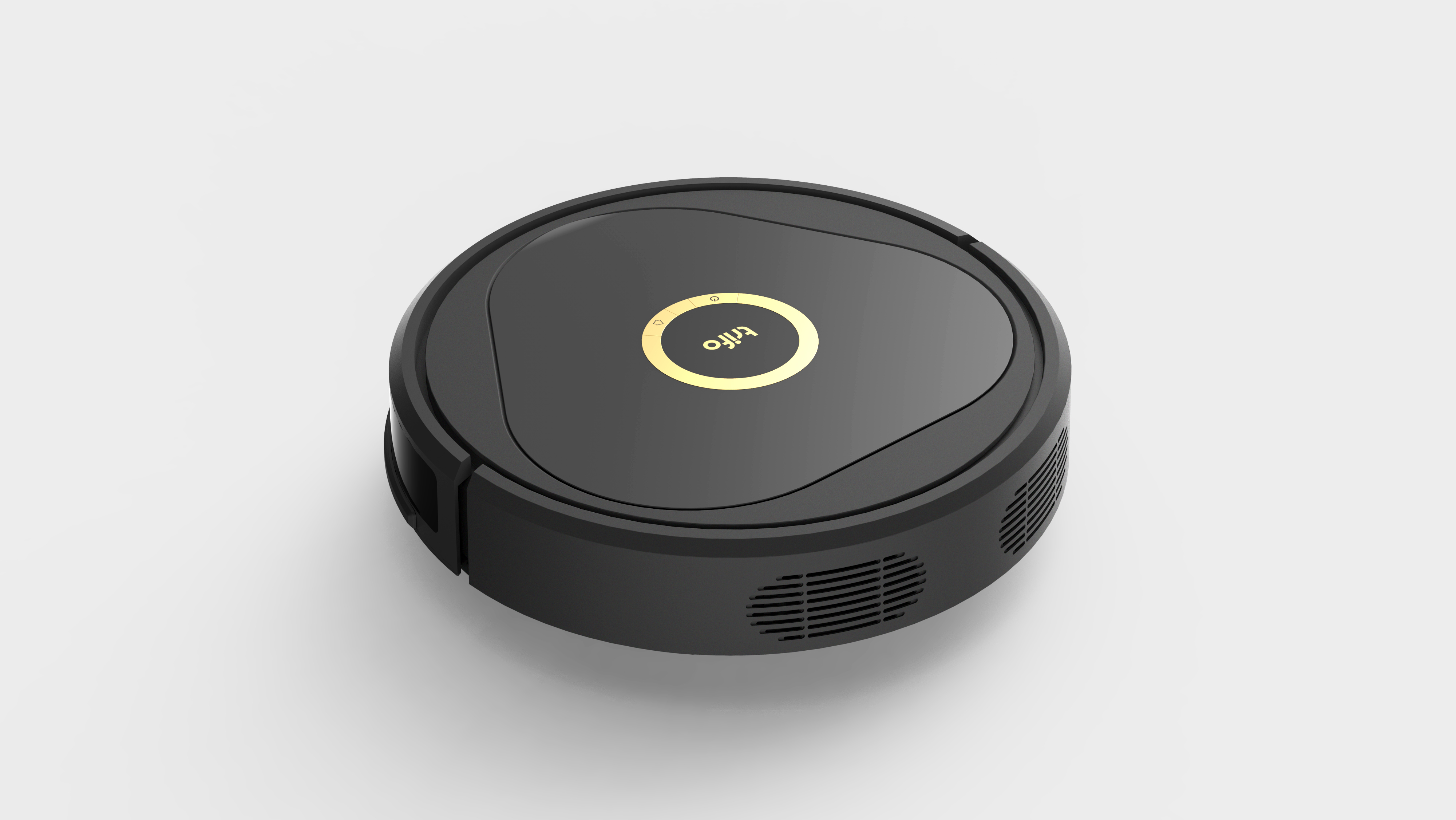 Lucy, which in appearance is akin to rival vacuums like iRobot’s Roomba and Neat’s Botvac, features an HDR-capable 1080p camera that records both nighttime and daytime footage. A complementary depth sensor provides enhanced night vision and enables the color sensor to perform “high-precision” position tracking, as well as indoor mapping. Trifo claims Lucy is the first robot vacuum on the market to recognize and divide rooms automatically, thanks in part to an integrated six-core Arm system-on-chip. For example, if it comes upon a bedroom or a living room that hasn’t been labeled through the companion Trifo Home smartphone app, it will generate the labels itself.

Lucy — which has 3,000 Pa suction and a 5,200mAh battery that lasts a quoted 120 minutes — is compatible with Amazon’s Alexa and follows instructions to clean or not to clean specific zones. It’s uniquely able to spot obstacles as small as an inch in height and, as alluded to earlier, it’s able to patrol routes between auto-recognized rooms. Lucy can also rove around locations designated in the app almost completely autonomously, and it recognizes pets like dogs and cats, as well as individual family members.

Trifo competes against heavyweights like Samsung and Ecovacs in a smart home products market anticipated to grow to $28.4 billion in 2020, up 54% from $18.5 billion in 2018. (iRoomba has an estimated 88% share of robot vacuum sales.) But for the better part of three years, Trifo’s team of engineers and software developers — some of whom hail from Intel, Bosch, and GE — have honed in on the sensing part of the robotics equation, developing vision tracking and navigation algorithms and getting a supply chain in place for cameras and other specialized sensors. 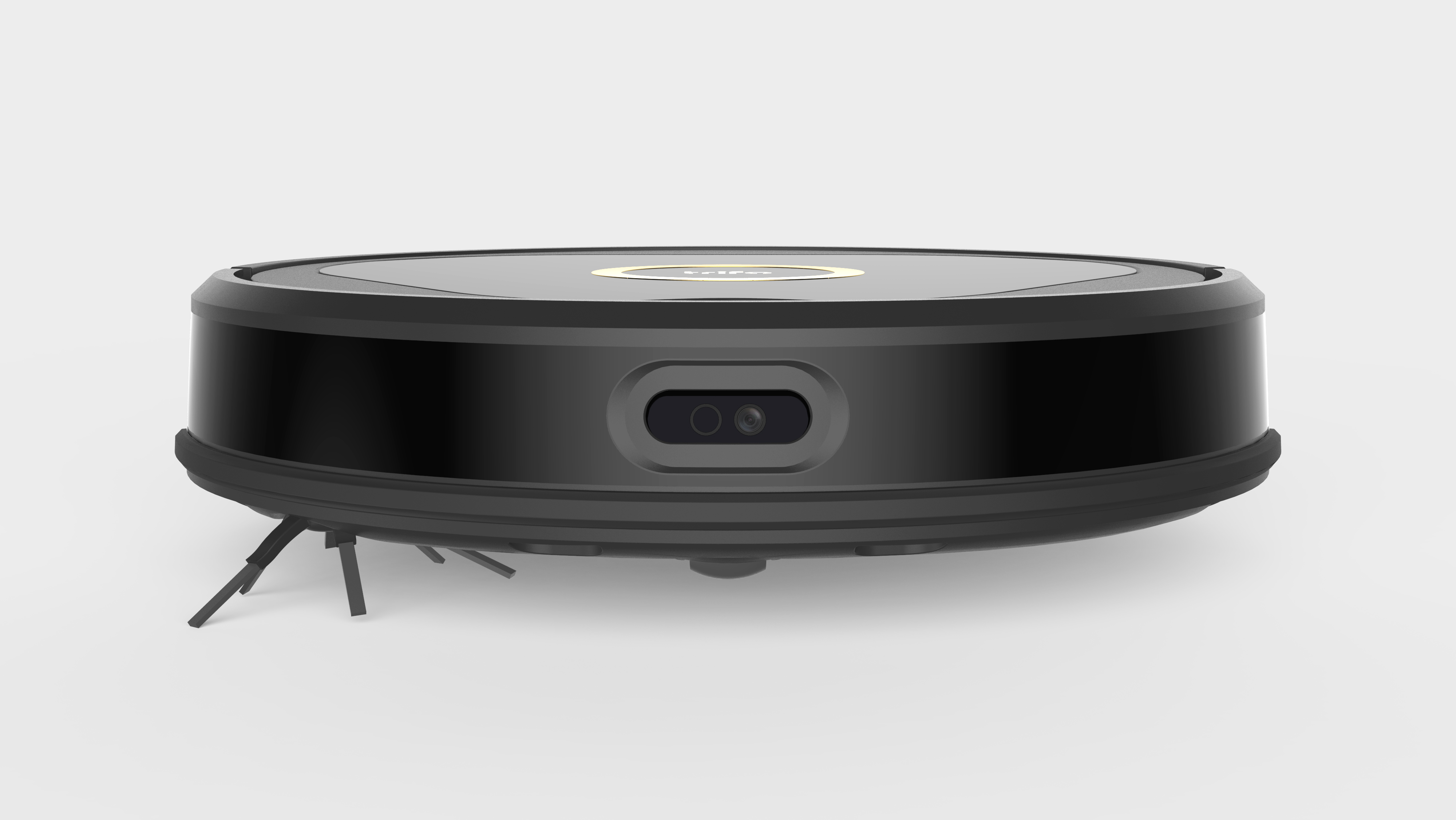 To this end, the company’s proprietary platform comprises three components: sensing, perception, and decisioning. It’s the evolution of Trifo’s $399 Ironsides perception system, which runs Robot Operating System and packs a multi-core Arm chip, alongside calibrated stereo cameras and a six-axis inertial measurement unit. On the hardware end of things, Trifo’s system has a processing component powered by the aforementioned chip, in addition to proximity, inertial, and sonar sensors (but not lidar or radar) that deliver features like HD mapping and environmental perception (e.g., temperature and humidity).

According to Zhang, Trifo’s platform can localize itself in environments it has seen before. If you pick it up, cover its vision sensors, and plop it down somewhere else, it’ll recognize the room by its surroundings and dimensions. That’s thanks in part to its simultaneous localization and mapping (SLAM) tech, which Zhang characterized as “state of the art.” It’s also self-improving; offline, on-device machine learning algorithms enable the system to improve its understanding of the furniture, walls, and other objects around it by drawing on 3D geometry maps and vision data.

Trifo isn’t the only company tapping machine intelligence to map apartments and houses, of course. In 2018, Neato announced the Botvac D4 Connected and Botvac D6 Connected, both of which use lidar sensors to detect nearby obstacles. And last September Dyson announced the 360 Heurist, an autonomous vacuum cleaner with a night vision- and laser-equipped navigation system.

But the technology’s advantage is its cost savings, claim investors like Tsinghua AI Fund’s Yicheng Li. Dispensing with costly components and investing heavily in computer vision enabled Trifo’s engineers to build a vacuum — Max — that delivered the same experience as far pricier products, he claims, and Lucy won’t disappoint.

“Trifo has quickly developed highly advanced algorithms and AI-based robotic intelligence and monetized these into commercially viable products,” added Li. “We are eager to support the company and Zhe’s leadership as it expands its offering into a complete ecosystem of home robots to serve a wide range of people’s needs.”