Autonomous truck startup TuSimple today announced a strategic agreement with the Traton Group, a Munch, Germany-based Volkswagen Group subsidiary. As a part of it, TuSimple plans to launch a development program to operate an autonomous hub-to-hub route between Södertälje to Jönköping in Sweden using Scania trucks manufactured by Traton. As for Traton, the company says it has taken a minority stake in TuSimple and will work with the startup to develop driverless systems for Traton-branded trucks, with the goal of testing self-driving truck fleets on roads throughout Sweden, Germany, and other European countries.

Some experts predict the coronavirus outbreak will hasten the adoption of autonomous delivery solutions like TuSimple’s. A study published by CarGurus found that 39% of people won’t use manually driven ride-sharing services post-pandemic for fear of insufficient sanitation. Despite the public’s misgivings about self-driving cars and their need for regular disinfection, they promise to minimize the risk of spreading disease because they inherently limit driver-rider contact.

Traton — whose CEO months ago warned the company’s investments in autonomous driving might face delays due to the pandemic — sees autonomous trucks increasing capacity usage and anticipates the first deployments will serve specially-demarcated areas along hub-to-hub routes. Traton’s thinking goes that this will establish a baseline for more complex driving scenarios in the future.

TuSimple’s Class 8 semitrucks can carry loads exceeding 33,000 pounds and are classified as level 4 under the guidelines penned by the Society of Automotive Engineers. This means they’re capable of full autonomy on controlled (and often geofenced) highways and local streets. Unlike self-driving perception platforms from the likes of Uber and Waymo, TuSimple’s system is decidedly camera-forward. Using an eight-camera array and other sensors, it can detect cars, pedestrians, and other obstacles up to 1,000 meters away. 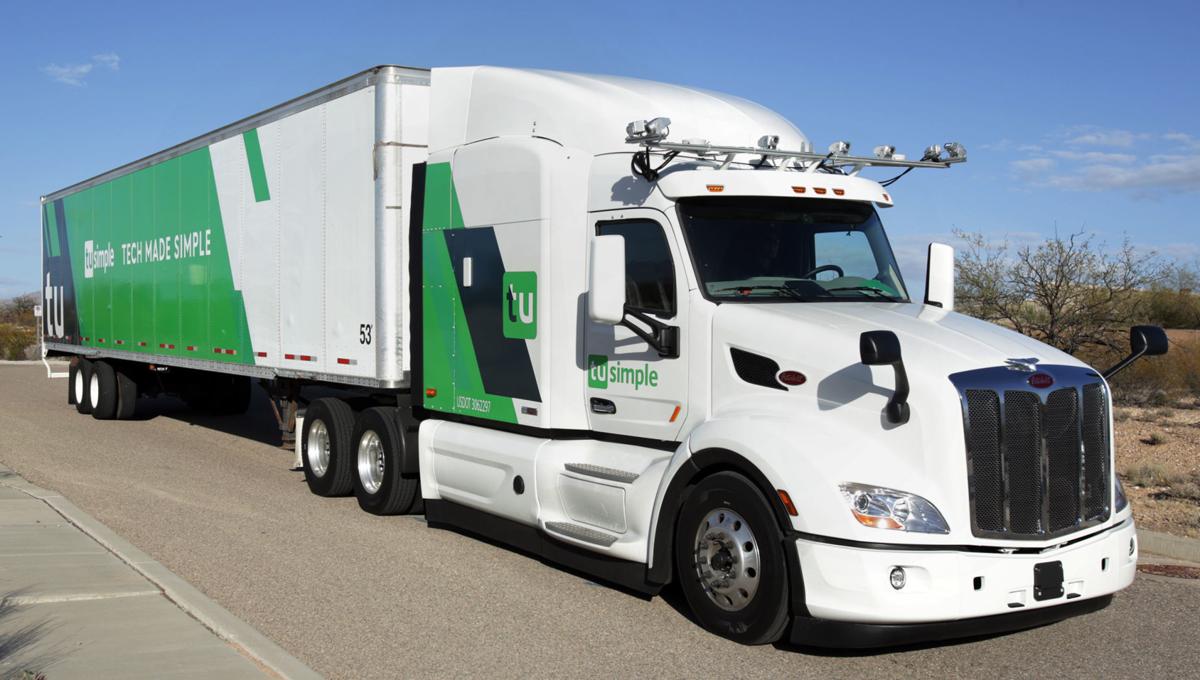 TuSimple’s continued expansion follows the reveal of its collaboration with Navistar and autonomous truck network backed by UPS. In partnership with UPS, Penske, U.S. Xpress, and McLane Company, TuSimple plans to establish an “ecosystem” of autonomous trucks, complemented by digitally mapped routes, strategically placed terminals, and a monitoring system dubbed TuSimple Connect. Similar deployments in Asia will follow if all goes well. There, as here, businesses will pay TuSimple to haul goods on their behalf.

TuSimple already operates autonomously on seven different routes between Phoenix, Tucson, El Paso, and Dallas, and it intends to open a shipping terminal in Dallas in alignment with its freight network plans. TuSimple — which is reportedly seeking $250 million in new funding — recently expanded a freight-hauling pilot program with UPS to 20 trips per week, with additional routes between Arizona and Texas and El Paso and Dallas, and its trucks are performing revenue-generating trips for over a dozen customers, including Fortune 100 companies and “household names.”

Demand for driverless trucks is strong. The industry stands to save the logistics and shipping industry $70 billion annually while boosting productivity by 30%. According to a recent study from the Consumer Technology Association, a quarter (26%) of consumers now view autonomous delivery technologies more favorably than before the health crisis. Besides cost savings, the growth is driven in part by a shortage of human drivers. In 2018, the American Trucking Associates estimated that 50,000 more truckers were needed to close the gap in the U.S. and 60,000 in Germany alone, despite the sidelining in the U.S. of proposed screenings for sleep apnea.