UPS is bringing dynamic routing to its on-road integrated optimization and navigation (ORION) platform, as the package delivery and logistics giant looks to reduce the number of miles traveled, fuel consumed, and CO2 emitted.

For context, UPS delivers some 21 million packages globally each day, with many UPS drivers making well over 100 stops per shift. Figuring out the optimum route that each driver should travel to expedite deliveries (and reduce costs) is a challenge given the sheer number of combinations available. It’s generally accepted that avoiding left-turns is a good thing due to the idling involved, which means that maximizing the number of right turns is desirable — but computing all the possible permutations for this across 100 delivery destinations is a task of herculean proportions. And that is what ORION is essentially about.

According to UPS, ORION has saved it around 100 million miles per year since its inception, which translates into 10 million gallons of fuel and 100,000 metric tons of carbon dioxide emissions. Moreover, reducing just one mile each day per driver can save the company up to $50 million annually.

UPS first debuted ORION back in 2012, though it wasn’t fully deployed until around 2016. In a nutshell, ORION leans on advanced algorithms, artificial intelligence (AI), and machine learning (ML) to optimize journeys for 66,000 routes across North America and Europe, reducing miles traveled and consequently fuel and money expended. Back in 2018, UPS added UPSNav functionality to ORION, which ushered in detailed turn-by-turn directions to guide drivers to specific drop-off locations such as loading docks or entrances that may not be immediately visible from the street. 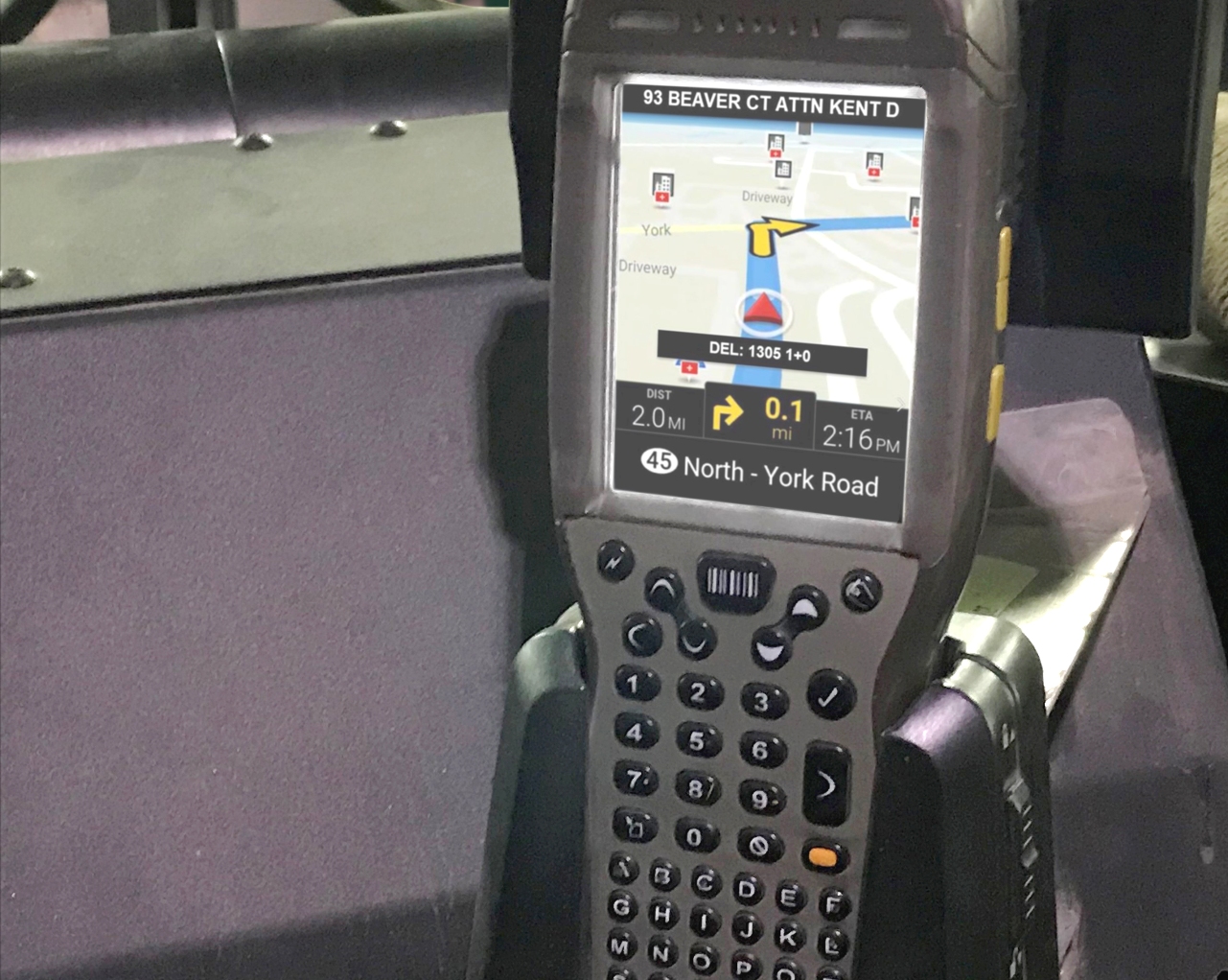 Since at least 2015, UPS has promised that dynamic optimization was firmly on its agenda, and that is what it’s unveiling today.

Anyone who has used Google Maps for turn-by-turn navigation will be familiar with the real-time nature of it — it can look at the roads ahead and offer alternative routes if there is congestion, for example. And that is effectively what UPS is now offering its drivers, except it’s tailored specifically for drivers with 100 pit-stops to make.

Any number of unforeseen events can collude to affect the estimated journey time of a delivery driver — congestion, weather, and even new packages that enter the system for collection.

It’s also worth noting that dynamic routing doesn’t just bring benefits to UPS’ bottom line, it’s also about improving its reputation with consumers. A bad road accident could lead to a person’s package being delayed — but that person generally won’t know or even care about the reasons if it means that the delay has made them late for work. Thus, more accurate data enables UPS to provide more accurate notifications for estimated delivery times.

“ORION is purpose-built for local UPS delivery drivers, many of whom complete an average of 135 stops each day,” Juan Perez, UPS chief information and engineering officer, said. “The new dynamic optimization component will improve the accuracy of UPS delivery time estimates and give our customers better visibility into their shipments.”

Other companies operating in this realm, such as logistics software provider Descartes, have offered dynamic routing as standard for a while. But UPS is one of the biggest delivery and logistics companies in the world, with a fleet of around 123,000 cars, vans, tractors, motorcycles, and other vehicles; thus, being able to dynamically reroute drivers is a notable evolution for its in-house software.

In related news, UPS also recently won FCC approval to begin commercial drone deliveries, and just today it announced a tie-up with Matternet to deliver medical supplies via drone at UC San Diego Health. So we can perhaps expect the UPS fleet to be expanding vertically in the coming years.

UPS said that it will begin to roll out route optimization gradually over the coming year.